In a time of the year filled with hope everywhere, the Dallas Cowboys receiving the early Christmas present of Ezekiel Elliott back into their offense was not enough to save a chance at the playoffs. Coming up short 21-12 at AT&T Stadium against the Seahawks, the Cowboys will now start off the new year with a meaningless week 17 game in Philadelphia before a long look in the mirror ahead of 2018.

There will of course be much more time later to dive into what this football team has to build on moving forward, and what needs to improve, but for now here are my initial thoughts on everything that happened in this ugly game against the Seahawks. 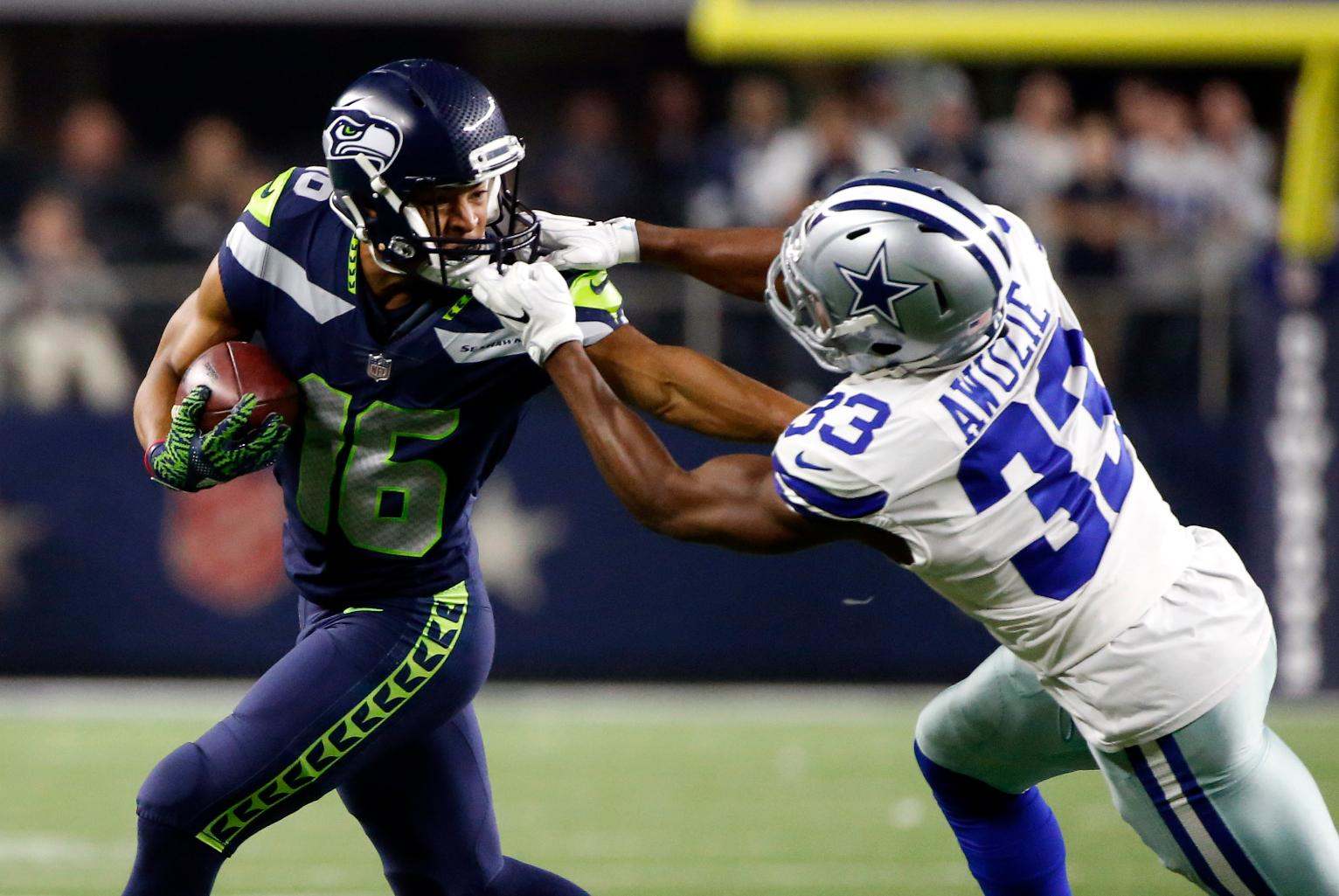 For the first time, we really saw Charlton prove that he could be the player he was on tape at Michigan – a lengthy defensive end with upside for the next level. Adjusting to this increase in competition has been a struggle at times for the rookie, but his recent play to end this season provides hope that he’ll be a valuable part of this rotation in year two.

Charlton captured the edge with some nice initial quickness on his sack, continuing through the block of the right tackle with a strong base and active hands. Once he was even with Russell Wilson in the pocket, Charlton took advantage of his hand placement and was able to power right back into Wilson to finish the play.

Graham’s touchdown put Seattle on the board, and ended up being an easy play for him and Wilson. Lewis did very well to keep in contact with Graham through the play, also understanding that he could not lose ground in the end zone either. Lewis planted on the goal line and looked like he expected a cut to come from the big Seahawks TE, but the pass was already in the air.

The ball beat Lewis trying to fight through the bigger target, and all Graham had to do was secure it for six.

We already talked about Taco Charlton, but last year’s sack leader in Benson Mayowa was also able to show up and play with the consistent motor that earned him the starting RDE position through much of this season.

Mayowa was able to use his speed to flatten the corner and then chase down plays, and with Charlton and DeMarcus Lawrence finding success on the strong side, these edge rushers set the line of scrimmage defensively for Dallas.

This allowed Lee – who doesn’t need any extra time to read a play – to react to everything happening in front of him and shoot gaps for TFLs.

Maliek Collins and Datone Jones also deserve credit for being tough to move at DT, but this was once again a game where David Irving was missed, especially every time Wilson extended a play with his feet.

This was another abysmal performance from Dak Prescott in a big moment, and one of the factors that contributed to his frantic play was undoubtedly Byron Bell’s play at LT. Bell was probably better than expected, having played a higher volume of snaps compared to previous appearances against the Falcons and Raiders.

With experience at both guard and tackle, Bell’s biggest issue was dealing with speed on the edge. The only chance he had against the pressure Seattle sent his way was to get depth in his pass sets back towards Prescott, which he did to an extreme measure at times.

Bell’s positioning paired with the lack of quick recovery skills to slide late in the down led to Dak Prescott rarely throwing from a clean pocket, forced to step up or escape entirely far too often.

In other words, I would have loved to see how this game could have gone differently if Dan Bailey’s first missed field goal from 34 yards was instead a first and goal carry for Elliott from two yards out.

Elliott’s ability to play even faster than he did a year ago while still being patient enough to find the right hole and hit it with power was impressive, as he effortlessly turned the limited carries he did receive into rushes that kept the Cowboys offense on schedule.

Not being able to control this game and ultimately win it through Elliott is going to look bad on these Dallas coaches for a long time, and may even lead to changes on the offensive side of the ball – where one thing is certain.

Ezekiel Elliott is the player to continue building this team around.

For those of you that have been following along with Sean’s Scout this season, or those that have now been introduced to these articles on Christmas morning, I’d like to thank all of Cowboys Nation for their consistent feedback in putting these together following every win or loss.

As the entirety of Inside The Star slowly begins turning our attention towards the looming offseason, I will of course be continuing to use this platform to discuss the 2018 NFL Draft and potential targets for the Dallas Cowboys.

For now, enjoy the rest of your holiday, and share your thoughts on this second-to-last regular season Sean’s Scout with a comment below!

Tell us what you think about “Sean’s Scout: Cowboys Come Up Short, Lack Execution in Home Loss” in the comments below. You can also email me at Sean.Martin@InsideTheStar.com, or Tweet to me at @SeanMartinNFL!