So this is what life is like for the Dallas Cowboys without Ezekiel Elliott…maybe. Losing 27-7 to the Falcons yesterday to fall to 5-4 on the season, the Cowboys dealt with a dangerous Atlanta team without Tyron Smith nor Sean Lee, who exited in the first quarter.

While the amount of absent stars the Cowboys had provides some hope that things can improve without Elliott, the simple fact that Zeke was sorely missed can't be hidden. Rushing for just 107 yards, Dak Prescott was under fire all afternoon, standing no chance on most of his 30 drop backs thanks to the performance of Chaz Green at LT.

Facing essentially a must-win game this Sunday at home against the Eagles, the Cowboys won't have much time to recover from this potentially demoralizing loss and more importantly nurse these key players back to health.

For now, here are my scouting notes on Dallas' performance in Atlanta as always in another edition of Sean's Scout. 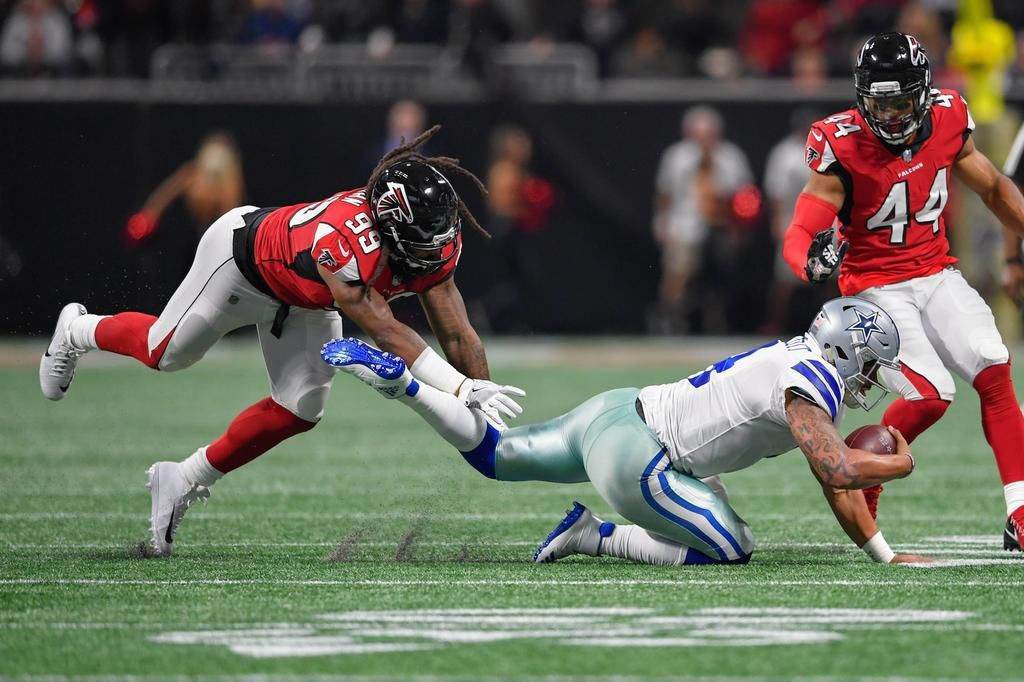 The Cowboys chances against the Eagles will rest on the health of the simply irreplaceable players that were missing in this ugly loss to the Falcons. Nobody with the Cowboys this week should believe that not having Ezekiel Elliott on the field cost them this game, and Alfred Morris along with Rod Smith will be even more motivated to respond with better performances on the ground.

Maintaining balance to their offense is the only way the Cowboys can control games still and ultimately win enough to remain in the playoff hunt. This, and continuing to see young defenders like Xavier Woods take strides will help Dallas focus on the few positives heading into week eleven.

For now, this concludes another Monday post game Sean's Scout. Stay posted to Inside The Star as we look further at this Falcons game and move on to the Eagles before Sunday.

I agree. I thought Jonathan Cooper wasn’t good either. The whole left side of the line had a hard time creating any running room. Cooper was decent in pass protection though, from what I can recollect. He didn’t have a whole lot to do with any of Chaz’s issues. It’s obvious that Tyron Smith raises Jonathan Coopers’s game.

That was Dak’s fifth touchdown.