The Dallas Cowboys’ 24-20 win over the Oakland Raiders in their 2017 preseason dress rehearsal left us with plenty to digest – including a potentially season ending injury to MIKE linebacker Anthony Hitchens. As expected, the Raiders were a fantastic test for the Cowboys across the board. Dallas’ starters remained in the game to some capacity through the first half, until Cooper Rush came in for most of the second half at QB and allowed us to continue evaluating this offense at a high level.

Here are my biggest takeaway’s on both sides of the ball in another edition of Sean’s Scout. 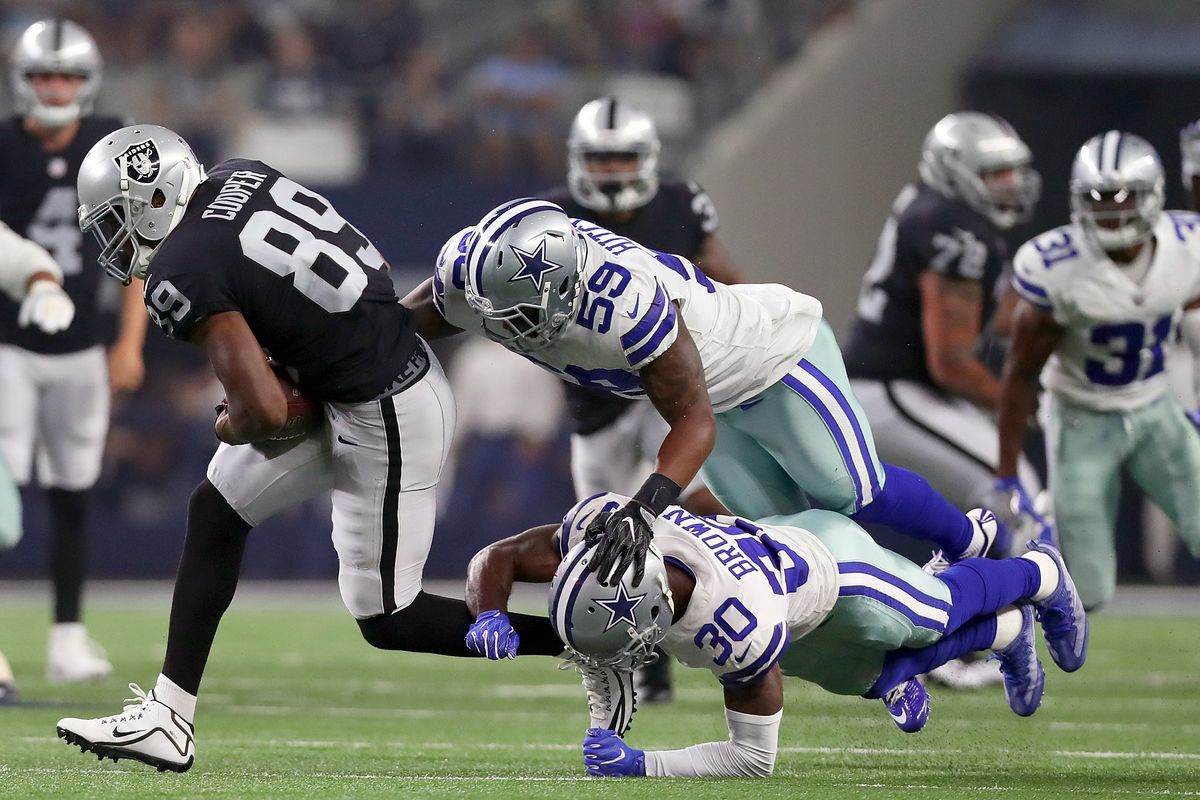 Really like this undrafted guy out of LSU Lewis Neal #PowerfulGuyInside pic.twitter.com/q209QeD9FW

Just one more preseason game remains for the Cowboys to evaluate this roster and cut it down to the 53 players that will host the Giants on September 10th. Getting young players, particularly this 2017 draft class, back onto the field during practice this week would be encouraging as most starters will likely sit out the entire game on Thursday night.

Tell us what you think about “Sean’s Scout: RB Depth On Display, Collins’ Improvements, Concerns at LB” in the comments below. You can also email me at Sean.Martin@InsideTheStar.com, or Tweet to me at @SeanMartinNFL!