As the Bowl season gets underway more and more seniors will be accepting their invites to play in the annual game in Mobile, Alabama. This is the first opportunity for many seniors to really impress NFL coaches and coaches prior to post season workouts. Who will impress a team and rise on their big board? Who will be this year’s Ziggy Ansah or Eric Fisher? 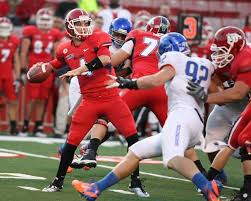 Derek Carr is my number one rated senior quarterback in this year’s draft. Despite being the younger brother of David, I do not expect Derek to fizzle out like his brother did. He was in a bad situation trying to lead an expansion team his first season out of college. I expect the Fresno State Bulldog to rise to the occasion.

Antonio Andrews, Western Kentucky “Through 12 games in 2013, has rushed for 1,730 yards and 16 touchdowns. Has rushed for more than 100 yards in every game this season except for the season opener, when he ran for 99 yards against Kentucky. Added 41 receptions for 478 yards. In 2012, joined Barry Sanders as the only two player to eclipse 3,000 all-purpose yards in a single season (3,161).” 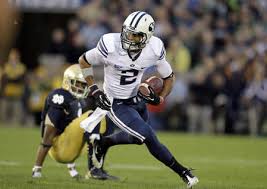 Cody Hoffman looks to be the next receiver to rise up the boards. He is a big body receiver that can be a real weapon over the top against smaller corners. He set school records for touchdown receptions (33), receptions (238) and career yards (3,445) at Brigham Young University.

There is no big name at the tight end position with all the stars being underclassmen. The Senior Bowl has extended an invite to Dixie State’s Joe Don Duncan. Duncan had 71 receptions for 1,045 yards and 13 touchdowns out of Division II.

Jay Prosch, Auburn “Starting fullback who was a FWAA Courage Award weekly honoree in 2012. The Mobile, AL,  native obtained an NCAA waiver to transfer from Illinois in January on 2012 as his mother was battling brain cancer.  Scored first career TD on a 1-yard run against New Mexico State last season.” 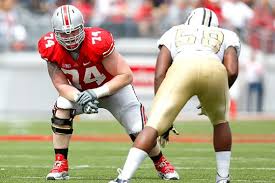 Jack Mewhort, Ohio State “Was last senior to be honored on Senior Day during the Buckeye’s final home game on 11/23 — a distinction reserved for the team’s top player. Showed versatility during career, starting at LG, RG and LT. In 2012, helped the Buckeyes average 242.2 yards per game rushing (10th nationally), lead the Big Ten in scoring (37.1 ppg) and he was named second-team all-Big Ten.”

Brandon Linder, Miami “Started all 12 games in 2013, anchoring offensive line that averaged 446.8 yards of total offense and 35.9 points per game.”

Travis Swanson, Arkansas “A 2013 Rimington Trophy candidate (best center), Swanson has started all 48 games of his Razorback career, tied for the 2nd-longest active streak in the country, and blocked for three seasons with a 3,000-yard passer, including the first season in school history with a 3,000-yard passer and a 1,000-yard rusher in 2010.”

All quotes were provided from the Senior Bowl Website.