In just a few nights the Dallas Cowboys will be set to take on the New York Giants at AT&T Stadium. With the amount of turnover the team has had over the past few seasons, we have consistently seen new “starters” almost every year.

So far from what we’ve seen this offseason, Stephen Paea, Nolan Carroll, and Jeff Heath will likely be new “starters” in the defense. Chaz Green or Jonathan Cooper will be a new look starter on the offensive side of the ball at LG.

But when we sit back and look at the way the Cowboys do things, what does the word starter really mean to the team?

All of Cowboys Nation has gotten used to the way Rod Marinelli rotates his defensive lines in certain parts of a game. In 2016, we saw packages where players who “started” the game would play significantly less snaps than some of the players who came of the bench.

I have a feeling we will see a similar plan in 2017 with these positions and players.

DeMarcus Lawrence – DeMarcus Lawrence is by far the team’s most talented pass rusher. Injuries have unfortunately forced him to miss significant time over his first four years in the NFL. This is the first offseason that Lawrence has participated fully in since his rookie year. While DeMarcus is likely the opening day starter at right end, the Cowboys have multiple options behind him that will be chomping at the bit. 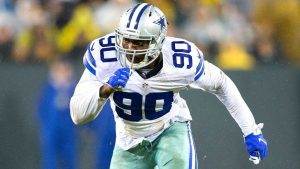 Benson Mayowa – The Cowboys sack leader in 2016 will likely play a similar role this year that he did last year. Mayowa came on hot down the home stretch in 2016 serving as the team’s late game rotational pass rusher. When Tyrone Crawford went down in training camp, my idea was to start Mayowa on the right side and flip DeMarcus Lawrence over to the left side. Thankfully, Crawford looks like he’s good to go and Benson Mayowa can stay as a rotational pass rusher on money downs. That is what he does best. 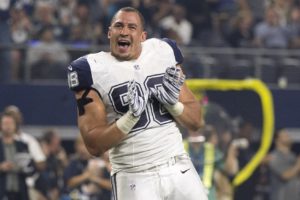 Tyrone Crawford – Tyrone Crawford is now the longest tenured defensive lineman on the team and he will likely be the starter when the defense takes the field this Sunday. Crawford is by no means a difference maker, but he plays his position well and is a force against the run. Don’t be surprised though if his teammates comes off the bench and receive more snaps than he does.

Taco Charlton – Cowboys Nation is very familiar with first round pick Taco Charlton. Some (including myself) were not a fan when the Cowboys selected Taco with the 28th overall pick in the 2017 Draft. After a very slow start, Charlton has improved each week and looks like a completely different player than he was at Michigan. Even with the improvements, Charlton still has a long ways to go before being ready to start at defensive end, but he can be a nice rotational player that may end up seeing the field more often than the starter, Tyrone Crawford.

Jaylon Smith – One of the biggest stories surrounding the team this offseason has been Jaylon Smith. Can he start? That question still needs to be answered, but one things is for sure. He is going to be active, and he’s going to play a lot, especially while Anthony Hitchens is out. If he can’t, his teammate can. 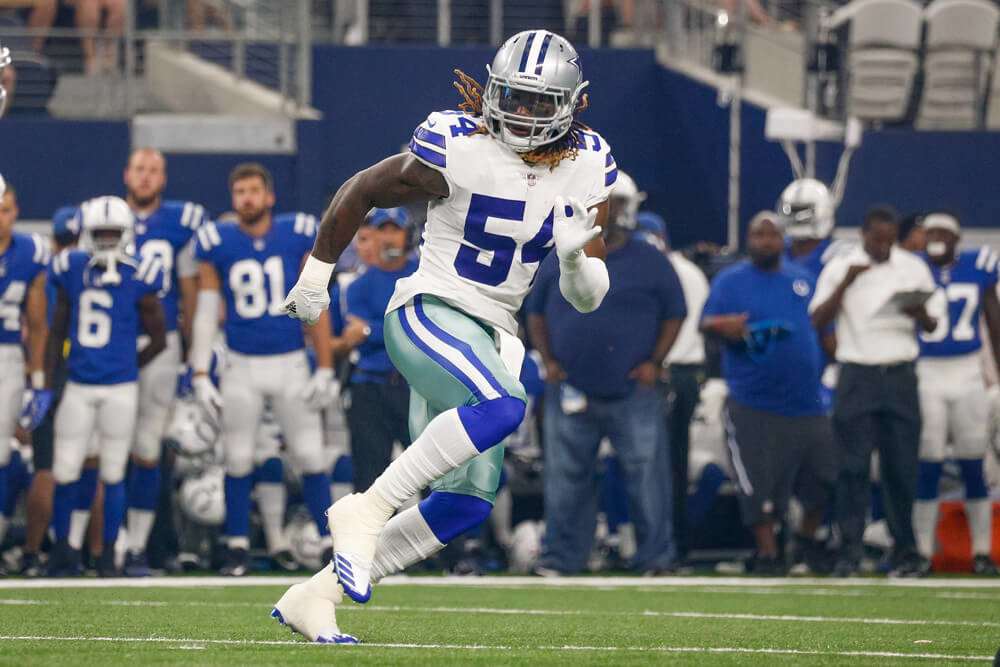 Justin Durant – While he’s not a new, young, or shiny toy, Justin Durant is a very good football player. He won’t wow you with his speed, power, or coverage ability, but he will be where he’s supposed to be 90% of the time. Justin Durant appears to be a lackluster player yet is still efficient on the field.

The cornerback position is a tricky one. In base defense packages the Cowboys’ two starting cornerbacks will likely be Nolan Carroll and Orlando Scandrick. When the Cowboys play in nickel and dime packages things will look much different.

When taking a look around the Cowboys defense, the only players that resemble the word starter are: Sean Lee, Maliek Collins, and Byron Jones. These are the only three players who will likely start the game and not be replaced all that often no matter what the opposing offense is doing.

Leaving the question: What does starter really mean for the Dallas Cowboys?