The Dallas Cowboys headed to New York a couple of days ago with a mission: survive a potential trap game versus a 2-10 New York Giants team. Despite not getting most of the help they needed from other teams around the league, at least Dallas was able to do the job they could control.

Through three quarters, the Cowboys struggled a lot. It wasn’t until the fourth quarter when they decided to have a touchdown party, outscoring the Giants 20-0 in the final eight minutes of the game.

What did we learn from the Cowboys’ seventh win of the season? Here is this week’s edition of Takeaway Tuesday!

Although the Cowboys are a team that’s barely breathing in the playoff race, the truth is there’re a lot of ways that Dak has improved as a QB. It’s easy to look at a team lose football games and blame the QB without hesitating. That’s been the case most of the season.

It’s fair to say that Prescott hadn’t had an awesome game in a long time, though. But this time, he did just that. 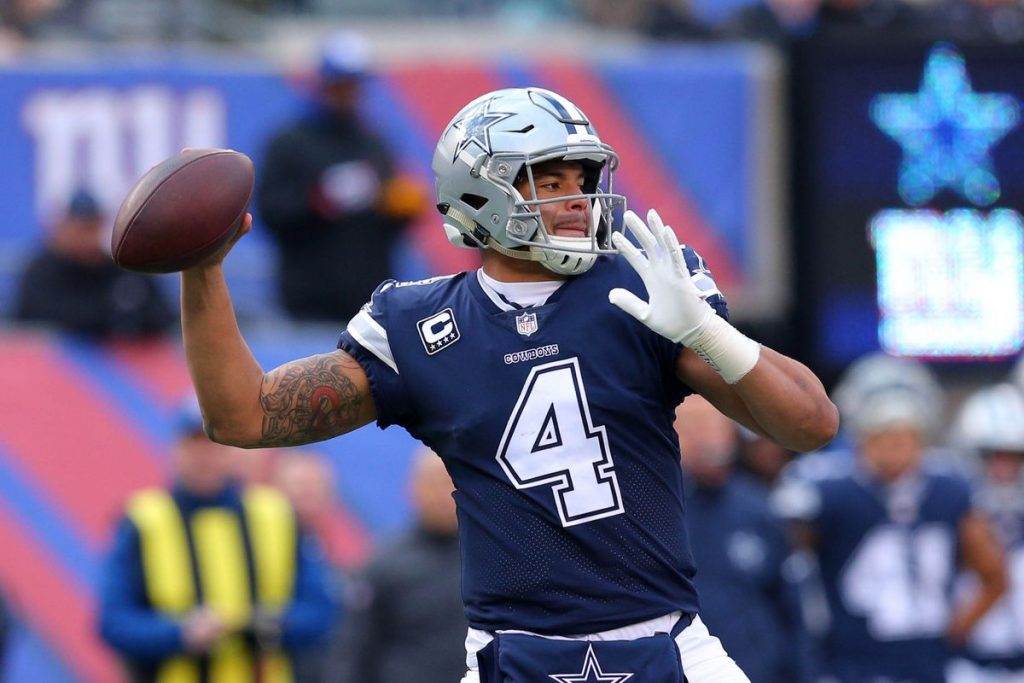 Dak Prescott needed a performance like this one. He threw for 332 yards and three touchdowns last Sunday. He made some key throws and key reads during the game and managed to beat the Giants’ blitz with ease. Glad to see you hush the haters, 4.

Certainly a good thing to see when you need to go 3-0 in order to stay in the postseason conversation.

Listen, I love Dez Bryant. He’s been one of my favorite players to ever watch. But at some point, you have to start admitting there is a problem. Yes, Dez Bryant has been struggling this season. Whether you want to blame Dak or Dez about it, it’s fair. I think they both are to blame.

The thing about Dez is that he can have quite a few bad plays and makes you forget about it when he  does something awesome. A perfect example of this is his 50-yard TD against the Giants last Sunday. It came at a perfect moment, but he had dropped some easy balls earlier in the game.

Dez is getting paid like an elite WR, and despite some great moments on the field, he’s been having a lot of bad ones lately. If you have a $70M contract, you can’t frequently drop passes like that.

It may be about chemistry with his new QB, it may be about age, or it may be just about a couple of bad years for the guy. Whatever it is, as much as we hate to say it, Dez isn’t anywhere close to the “top receivers” conversation this year.

Sean Lee Proved to be Invaluable Once Again 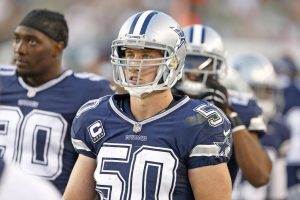 I’m constantly amazed by the difference the Cowboys’ veteran linebacker makes when he’s on the field. In his heroic return against the Giants, he finished the day with 18 total tackles, 10 of which were solo. With Sean Lee on the field, this defense has been able to be a headache for opposing offenses.

Sean Lee could easily be this team’s MVP. For Cowboys Nation, it’s been a season of constantly missing football players in Dallas. Out of everyone, I think Sean Lee is the player we missed the most. Including Ezekiel Elliott.

This defense transforms into a very capable one with Lee around. The Cowboys need Zeke back if they want to have success in their hunt for the playoffs, but without Lee, they wouldn’t stand a chance.

Coming into this game, one of the biggest question marks was the cornerback position for Dallas. Chidobe Awuzie and Jourdan Lewis were going to get the start, and there’s always uncertainty around rookies going up against a QB like Eli Manning.

Look at that coverage by Jourdan Lewis. Look at him turn his head around when the ball’s coming. The way this secondary will grow is exciting to think about. The Cowboys have something special in these two guys. They’ll make for an amazing CB duo for years to come, and I’m excited about what they bring to the table.

Chidobe Awuzie has played the last two games, and he’s been very impressive. Throughout the entire game, his converge was pretty impressive. Eli only targeted him 5 times in the ballgame and was able to complete just two passes against him.

Sean Lee ended up with the interception late in the fourth quarter, but it was perfectly set up by Chidobe Awuzie.

It was a very fun fourth quarter for the Dallas Cowboys, and even though it looks difficult… this football team’s playoff hopes are still alive. Jason Garrett must keep this team focused in the Oakland Raiders for now, though.

Tell me what you think about “Takeaway Tuesday: Awuzie and Lewis Impress, Concerns Around Dez Bryant” in the comments below, or tweet me @MauNFL and let’s talk football! If you like football and are looking for a Dallas Cowboys show in Spanish, don’t miss my weekly Facebook Live! show, Primero Cowboys!