Well, after 16 weeks of suffering, the 2017 Dallas Cowboys’ season has come to an unfortunate premature end. Ruining Christmas’ Eve for a lot of die-hard Cowboys’ fans, the Seahawks finished their playoff hopes and eliminated them for the year. The worst part of it all, is the fact that it didn’t even feel like the Seahawks actually eliminated the Cowboys. If we’re being honest, our ‘boys defeated themselves.

After getting early Christmas’ presents from the Bengals and the Saints, they let it all go to waste by completely auto-destructing. Dak missed throws, Dez dropped balls, Zeke missed blocks and even Dan “Automatic” Bailey failed to be… well, automatic.

Ezekiel Elliott said it best after the game: “Whatever could go wrong, went wrong.”

As every week, let’s talk about what we learned this week from the Dallas Cowboys. Here is this week’s edition of Takeaway Tuesday.

Dez is Officially a Problem, WR a Top Need

Coming into this game, we knew there were a lot of concerns around Dez Bryant. He’s been having a very rough season this year and despite having some good moments, he’s had a lot of bad ones. Dez has been out of the “elite WR” conversation for a while now, but what we saw from him this Sunday ended many fans’ hopes on him.

Despite knowing he isn’t a top receiver in the NFL anymore, I had trouble admitting that this football team would be better off without him. Now, this isn’t just about his skills. I believe Dez might still have something in him. We’ve seen a lot of ups-and-downs in his career. Who knows when he will bounce back?

The WR you’re paying $16 million this season fumbled and batted a ball into an INT in an elimination game.

To me, it has become about the money the Dallas Cowboys are paying him. His play doesn’t even come close to backing up the checks he’s been getting. The Cowboys would save quite a bit of money if they were to release 88.

Yeah, the Cowboys still need help in defense. But neglecting the fact that WR is among the top needs for this football team is wrong. It may as well be the #1 priority. Whatever they decide to do with Dez, they should be looking at another WR1 and bring him to Dallas.

The Cowboys Need Changes in Coaching

We’ve been discussing this all year, haven’t we? It’s a very polemical topic. But right now, I’d be surprised if someone in Cowboys Nation wouldn’t even be open to the idea of seeing a different coaching staff next season.

Personally, I’m all in for it.

I definitely think one of the main reasons why the Cowboys lost last Sunday was Offensive Coordinator Scott Linehan. His play-calling was more than questionable. In the running game, Elliott was thriving. For some reason though, it seemed like the Cowboys were allergic to giving Zeke the ball when they got close to the end zone and that ended up costing them big time. 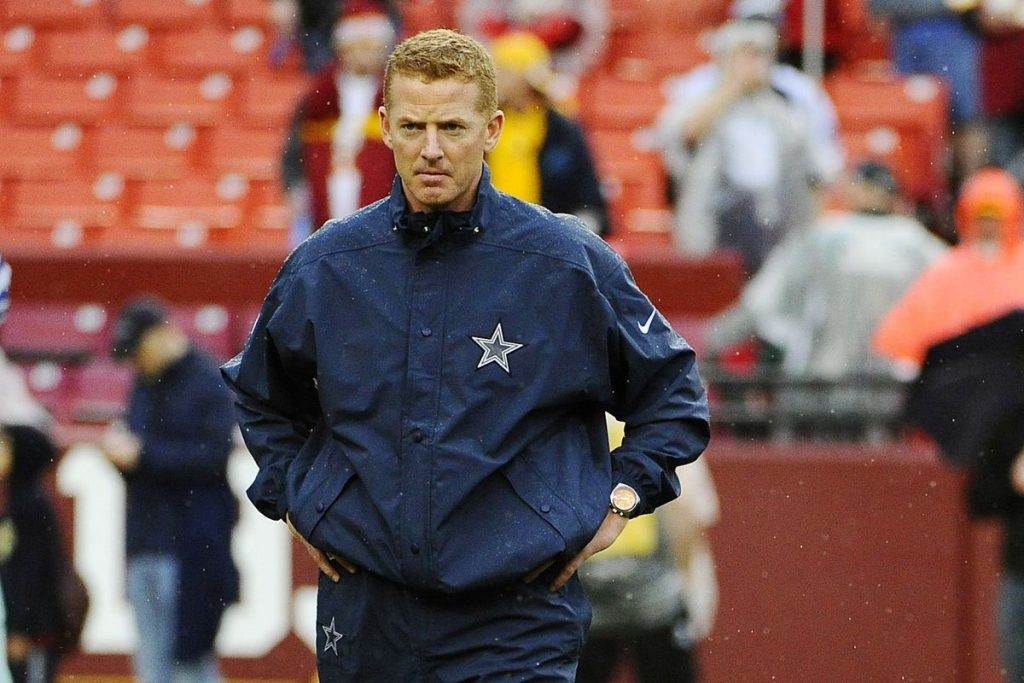 I know it’s not likely to see a scenario in which an NFL team changes its Head Coach and its two coordinators, but right now… would it really be that bad? I certainly wouldn’t mind. This is a very young football team, and a fresh coaching staff could do amazing things for them.

Bring in an offensive mind like Matt LaFleur or Josh McDaniels to nurture Dak Prescott’s potential. Jason Garrett may not be the worst in the NFL, but he hasn’t proven to be anything special. I think it’s time to admit a change would do the Dallas Cowboys franchise good. 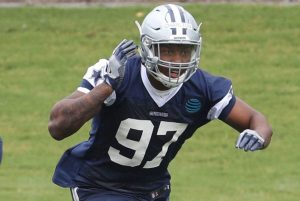 Even with the season being over, I felt the need to include at least one positive takeaway from the game. The defense did a good job of keeping the game close. Sean Lee was amazing, DeMarcus Lawrence had an epic sack and even the secondary had some good plays.

But I want to point out rookie Taco Charlton’s performance. This last couple of weeks, 97 has shown a few impressive flashes. This Sunday, he shined with a sack, a big open-field tackle and some pretty good rushes.

Could it be a spark? Could Taco Charlton turn out to be a good pick in the future? We’re a long way from knowing, but it certainly will be interesting. For now, he (along with Lawrence and Irving) is at least giving the front office a reason to look at other positions other than DL in the first round of the 2018 NFL Draft.

The Blame is Not on One Guy

In sports, it’s always the same story. Especially when you’re talking about a fan base as big and passionate as Cowboys Nation, endless debates about who’s responsible for the team’s failures are inevitable. 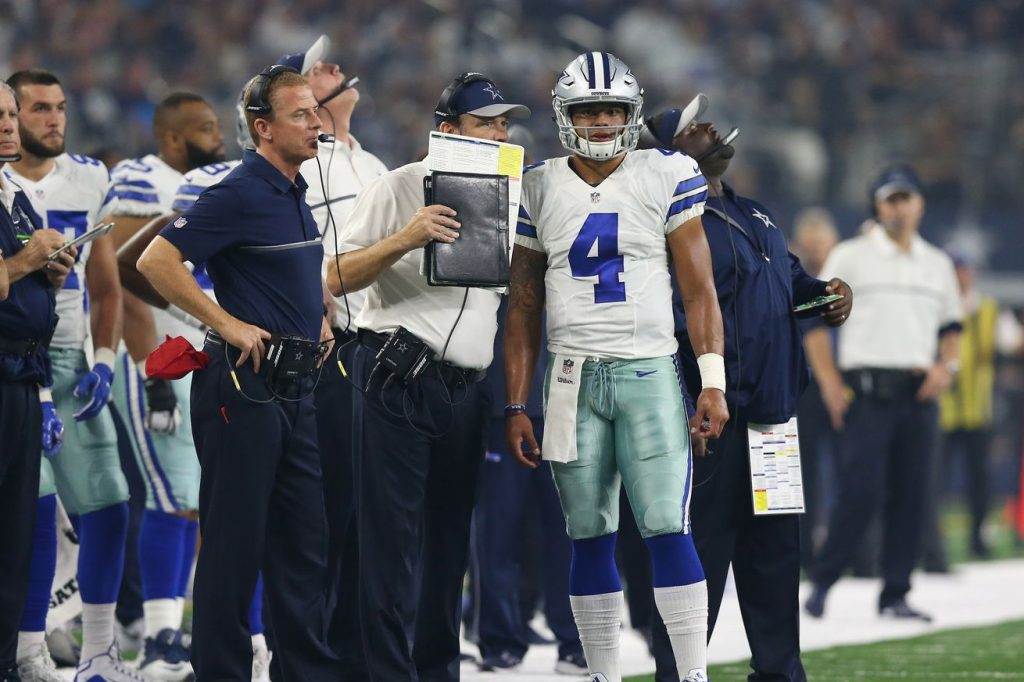 It’s high time to realize that this is an NFL team. That this isn’t just about one player or coach. This is about Dak’s development not being good enough. It’s about Dez Bryant forgetting how to catch a football. It’s about Linehan’s play-calling and Garrett’s head coaching.

It’s also about Dan Bailey missing kicks and Tyron Smith and Sean Lee being constantly injured. Heck, it’s even about Ezekiel Elliott being suspended for six games. Whether he was treated unfairly or not… well, he was in trouble because of his actions.

It’s easy to point to a specific player (most of the time the QB), blame it all on him and just move on. Yes, Dak’s missing throws but his wide receivers are not getting open. Ezekiel Elliott’s missing in pass protection. Jason Witten drawing a holding call in one of the most crucial moments of the game doesn’t help either.

The Dallas Cowboys, despite everything we believed coming into the season, are an NFL team full of needs. As fans, we have to admit that. Let’s hope they change that this offseason.

Tell me what you think about “Takeaway Tuesday: Dez Bryant Officially a Problem, Charlton Improving?” in the comments below, or tweet me @MauNFL and let’s talk football! If you like football and are looking for a Dallas Cowboys show in Spanish, don’t miss my weekly Facebook Live! show, Primero Cowboys!