The Dallas Cowboys finally won two games in a row for the first time this year, improving to a 4-3 record, and beating the Washington Redskins on their own turf. It wasn't the prettiest of wins, as the Cowboys did have to catch a break or two in order to take the W home.

And just when things started to look good for this football team, Ezekiel Elliott was denied a preliminary injunction and is expected to start serving his six-game suspension this week.

It's been a season full of adversity, and it just continues to get tougher. The Cowboys have a tough schedule ahead of them, and missing one of their biggest stars certainly won't help. We are about to learn what this Dallas Cowboys team is made of, but for now, here are this week's takeaways from the Cowboys' fourth win of the season!

Orlando Scandrick Still Has It, Has Season Best Performance 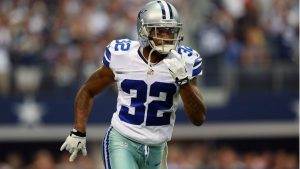 Last Sunday, we got to see vintage Orlando Scandrick! We saw the veteran CB play like his 2014 self in the preseason, and now we saw his best game of the regular season yet. He excelled on defense and special teams and was a key contributor on the win.

During the most important play of the game, Tyrone Crawford blocked a field goal which would've extended the Redskins' lead to 16-7. Orlando Scandrick picked up the ball and returned it all the way for a Cowboys' first and goal, and the Cowboys took the lead 14-13, swinging the momentum in their favor.

Scandrick also was very good in coverage and ended the game with 7 solo tackles and a tackle for a loss. Orlando's most physical game of the season left us very excited to see him on that field again. Will he continue to dominate as he did versus the Redskins?

Ryan Switzer Has a Very Long Way to Go

Cowboys' rookie WR Ryan Switzer has arguably been misused by this organization. It feels like Dallas has only used Switzer on special teams and for gadget plays on offense. The rookie out of North Carolina could be doing more for this team.

Switzer has only two targets and two receptions through seven games. A fourth-round draft pick shouldn't be treated as a “Lucky Whitehead” type of player.

On the other hand, 10 hasn't been as effective on special teams as we expected him to be. He's made some questionable decisions, such as kneeling at the 14-yard line in a kickoff return.

Jason Garrett says Ryan Switzer did do what he was supposed to do on the kickoff return, by kneeling. No blocking set up due to poss. onside

Garrett defended the rookie on this specific play, but it sure was a weird call by Switz.

Throughout the game, Switzer made some other mistakes while fielding punts. He might be what the Cowboys need on special teams, but he's shown that he has a long way to go, which is kind of disappointing, for a big part of Cowboys Nation expected him to make an instant impact on this team.

It's been surprising to see how little Cole Beasley has been involved in this offense throughout seven games. After being such a big part of the passing game last year, we have seen close to nothing from ol' Bease.

Every week, we expect Beasley to see more targets. And it seems every week, we're disappointed. Against the Redskins he only caught two passes before being ruled out with a concussion. 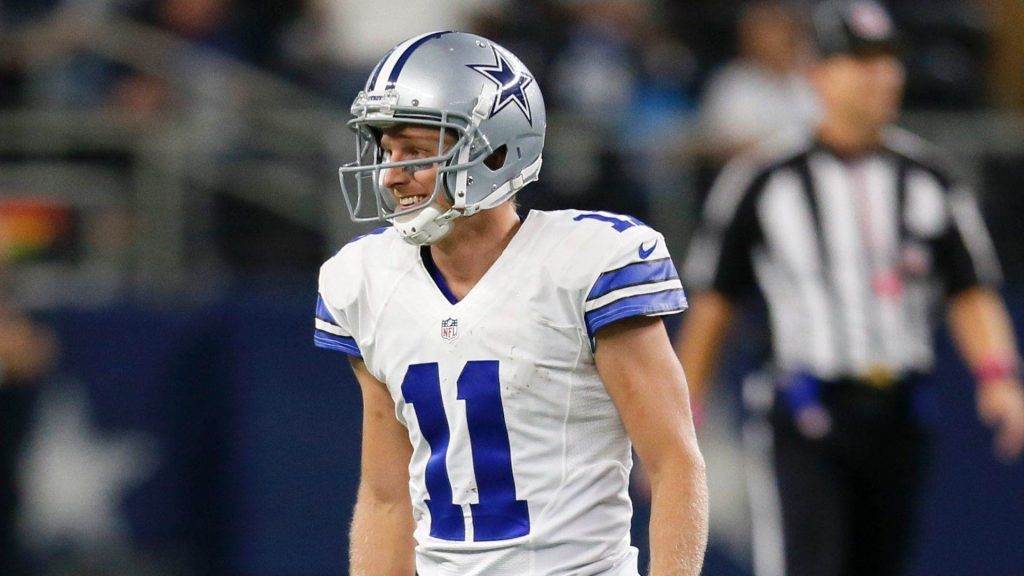 For the second consecutive week, Brice Butler hasn't been targeted. After having a few big plays, and after some poor plays by Terrance Williams, some of us expected to see a lot more from Butler, but that hasn't been the case at all.

Naturally, Cole Beasley's lack of involvement is way more surprising than Butler's, but I wonder if the Cowboys will try to target these two guys more often, specially with Ezekiel Elliott out for six games.

Ezekiel Elliott Will Be Deeply Missed 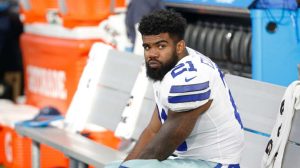 With Ezekiel Elliott expected to serve a six-game suspension, the Cowboys will have to put their famous RB committee to the test. Alfred Morris, who's been this team's RB2 so far will probably get the nod, although there's no doubt in my mind that the Cowboys will give Darren McFadden and Rod Smith the chance to compete for the starting running back role.

Whoever starts at RB, the Cowboys will miss Ezekiel Elliott. Sure, this offensive line is pretty good, and with decent guys playing the position, the running game shouldn't be a very big concern.

But truth be told, it's won't be the same. Ezekiel Elliott is one of the best in the league, and the Cowboys will have to rely heavily on Dak Prescott to pull off some incredible wins versus a lot of tough opponents.

After a “slow” start to the season, Ezekiel Elliott had had awesome performances in the last couple of weeks, and he was just getting started. But now, we'll have to wait for him to come back.

The Dallas Cowboys Need To Do More

The Cowboys have won two games in a row, but they can be much better. Versus the 49ers, things could've gotten ugly if they hadn't forced a fumble right after the offense's first drive of the game, which resulted on a three and out.

Of course, Dallas ended up with a blowout victory on the road, but things could've been much different. 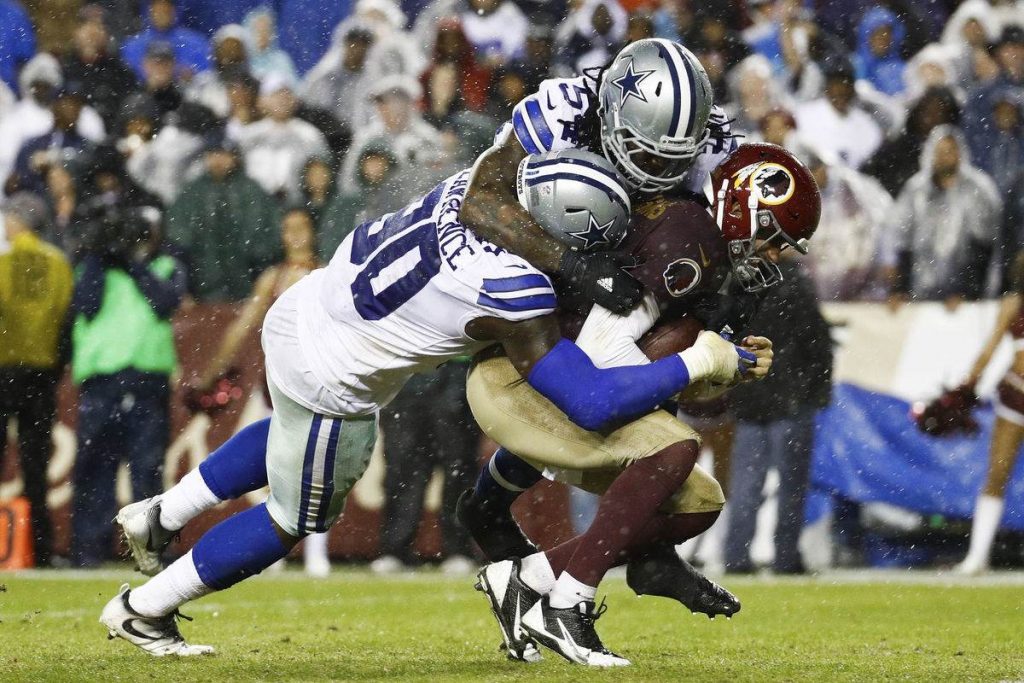 Last Sunday, the Cowboys were facing a very beaten-up Redskins team, and until Crawford blocked that FG, things weren't going as good as they should have. A fumble later by Washington led to this game being on complete control of the Cowboys, but if that hadn't happened, who knows what the outcome would've been.

I'm not by any means saying that the Cowboys shouldn't have won the game, but this team needs to do more to avoid these situations. There're tough games ahead of this Dallas Cowboys football team, and those kinds of mistakes can be killers on close matchups which Prescott will have to win for his team.

There are nine games left, and the Cowboys' season is far from over. Adversity makes teams in the NFL improve. Can Dallas overcome that adversity? We're about to find out.

Mauricio Rodriguezhttps://www.facebook.com/PrimeroCowboys/
I love to write, I love football and I love the Dallas Cowboys. I've been rooting for America's team all the way from Mexico ever since I can remember. If you want to talk football, I'm in... You'll find me at @MauNFL.
Previous article
Matt Miller’s 2018 Mock Draft Predicts Cowboys Land Top CB
Next article
Ezekiel Elliott, NFL’s Future, and Realities for Modern Fans

Switzer also let 2 punts bounce rather than call fair catch, costing the offense a lot of yards each time. Either he, coaches or both were very worried about him fumbling with the ball that wet.

Fortunately games in the rain are infrequent, or a player like that couldn’t take up a roster spot. He is effectively Beasley’s backup on offense, so he will play about as much as Cooper Rush…

You bring up a good point mentioning the weather. I’d like to see more of him, though. As you said, he’s basically Beasley’s backup, but we all talked in the offseason about this offense exploring having 10 and 11 on the field at the same time. I wish the Cowboys used him in different ways.