For the second consecutive week, the Dallas Cowboys played football on Thursday, meaning that we get to have a special edition of Takeaway Tuesday, on Saturday. Also, for the first time in four weeks, we’ve got victory takeaways. How ’bout them Cowboys!

The Washington Redskins are slowly forgetting how it feels to beat the Cowboys, after they were defeated last Thursday with a 38-14 scoreboard. Just when all Cowboys fans were throwing in the towel, Garrett’s team gave us a tiny bit of hope.

Obviously, the road ahead is not easy. However, this Cowboys team showed us a few things that are pretty promising. Here are this week’s takeaways!

Chidobe Awuzie Will Be Good 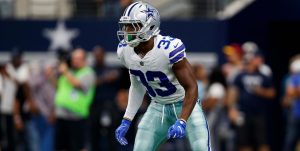 Finally, we got to see Chidobe Awuzie play football. After Anthony Brown was demoted, Awuzie got to start at left cornerback and he did a remarkable job versus the Redskins. We all wanted to see good things out of the second-round pick who’s been dealing with a hamstring injury all year.

Well, we got something. Awuzie was amazing and he proved that he should remain the starter going forward.

Awuzie got to play in more than 88% of the defensive snaps, per Pro Football Reference. Although his stats aren’t off the charts, his coverage was amazing and we should give him a lot of credit for what seemed like an improvement in the secondary.

I like the idea of a Jourdan Lewis and Chidobe Awuzie CB duo for the future, and I bet receivers won’t be happy to know they’ll be facing these two guys in years to come.

Cowboys’ Running Game Is Back

A big reason why the Cowboys were losing games, is the absence of Ezekiel Elliott. Truth be told, it really was starting to feel like we had overrated the back-up RB committee that Dallas has.

DMC was ultimately cut, and between Alfred Morris and Rod Smith, things weren’t going as planned. But for the first time without Zeke, the Cowboys were able to put together a solid running game. 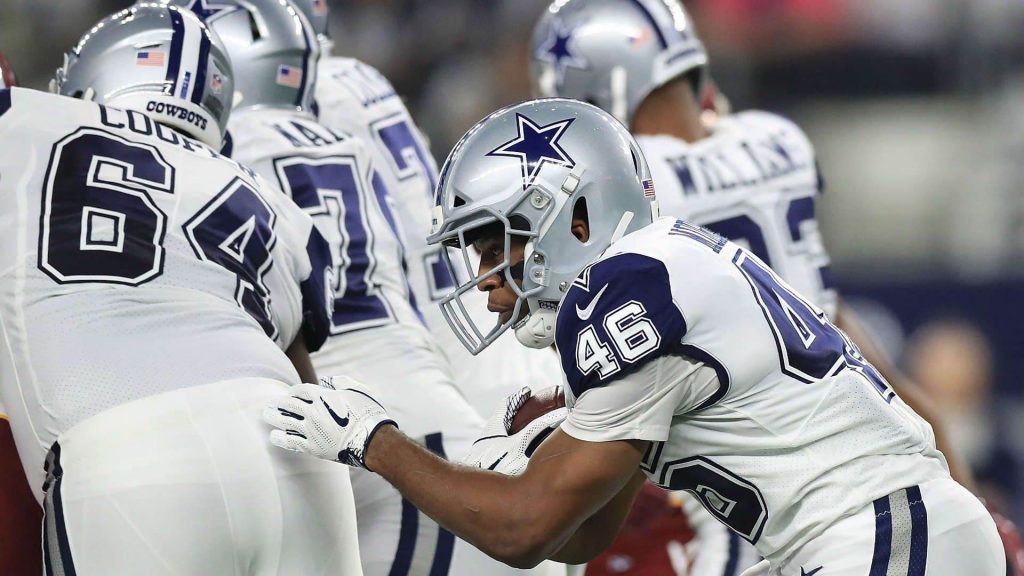 Since the suspension began, I’ve been one of those guys who wants Rod Smith to get more and more carries. However, right now, Morris complicated things for Jaylon’s brother. I still wish Smith gets more carries and a chance to shine as Zeke’s future back-up, but Morris made his case this Thursday and there’s no reason to expect a change at RB anytime soon.

Naturally, the offensive line deserves a lot of credit for taking it to another level and dominating Washington’s front seven play after play. This might’ve been La’el Collins and Tyron Smith’s best games of the season.

Kavon Frazier has been outstanding on special teams all season long, and his name has stood out a couple of times. But last Thursday, Frazier shined on defense as well. He was only on the field for 21 defensive snaps, but he clearly made a difference more than a few times.

This coaching staff probably saw the same thing we did, and that’s Frazier balling out.

I wonder if the Cowboys will be willing to give him a chance during future games to prove himself. What if he actually does a good job at safety and he gives a player like Byron Jones the opportunity to play at CB and improve the secondary?

At the very least, Frazier will continue to be one of the team’s most valuable players on special teams.

The Cowboys’ defense has clearly suffered every game missed by Sean Lee. However, Anthony Hitchens himself has become into another great football player for the Dallas Cowboys.

Yeah, Lee is out, but without Hitchens I can guarantee to you, that it could’ve been worse. Hitchens has done a nice job holding this defense together and I expect him to continue doing do.

This is the last year on Hitchens’ contract and I’d be astonished if the front office doesn’t re-sing him in the offseason. Dallas could have a very special group of guys with Sean Lee, Jaylon Smith, Anthony Hitchens and possibly, a LB taken in the first rounds of the 2018 NFL Draft.

Cowboys Got The Confidence Boost They Needed

The Cowboys’ road to the playoffs is more than tough. They put themselves in a position where it isn’t only up to them, but some other teams have to lose to keep their hopes alive. However, perspective changes when you stop getting blown out every game.

Dak Prescott and company have a unique chance to take advantage of the confidence boost they got in this week’s game. Next time they take the field, they’ll be taking on a Giants team that will probably be playing a QB not named “Eli Manning.”

The Cowboys do have tough games versus the Raiders, the Seahawks and possibly the Eagles (even though they might be playing with back-ups only when the time comes around in week 17).

Tell me what you think about “Takeaway Tuesday #TNF Edition: Awuzie Killed It, Running Game Is Back” in the comments below, or tweet me @MauNFL and let’s talk football! If you like football and are looking for a Dallas Cowboys show in Spanish, don’t miss my weekly Facebook Live! show, Primero Cowboys!