There is a lot that still needs to happen before the Dallas Cowboys' 53 man roster takes shape in early September, but with all of the pieces added, there is a lot to like about how the roster may shape up at the end of preseason.

Because of my personality, I like to look at the possibilities. Well here is a possible outcome for the 53 man roster, as we sit in May.

While many would like to see another name sitting behind Dak Prescott on the depth chart, it's unlikely that will happen, barring another training camp injury to backup, Kellen Moore.

The coaching staff likes Moore and the front office seems to like Moore as well, showing their comfort level as they were willing to head into the 2016 season with Moore as the backup.

This is one of those “In McClay we Trust” moments. They seem to like him, so let's roll with him. Hopefully he's never needed anyway.

Ezekiel Elliott and Darren McFadden's roles are clearly delineated. Elliott is the work-horse three-down back, and McFadden is the versatile backup who can spell Elliott on early downs as well as passing downs.

Rod Smith's presence on the roster will not surprise me when it happens. He plays on special teams and is a good power runner who can be used in short yardage situations.

Keith Smith is the team's fullback. Years of trying to use a tight end to play fullback are gone as Smith has now cemented his place in the offense, even if he's isn't used very much.

Absent is any kind of “scat back” that fans love, which I think is a bit overrated.

Everyone would love to have a Darren Sproles, James White, or Dion Lewis type of back, the problem is those guys are hard to find. Darren Sproles may be the best at what he does, EVER. I'd honestly rather give passing game snaps to Elliott and McFadden who may not be as quick, but offer as much speed and more power than a Lance Dunbar type.

It's not unforeseeable that Ryan Switzer gets some of the Dunbar packages with his experience as a running back in high school.

The three at the top are no surprise here. Dez Bryant, Terrance Williams, and Cole Beasley have solidified their status as the top receiving options for the team. Williams' blocking ability keeps him in the game and gives a boost to the run game.

Gone are Lucky Whitehead and Brice Butler with the additions of Switzer and 2017 7th round pick Noah Brown. Switzer will likely win the returner jobs, which leaves Whitehead's place on the team in question.

Butler is a good receiver, at times, but has also had some untimely drops.

While Brown is a project, he offers an immediate upgrade in his blocking ability and his toughness and physicality could be used on special teams. Brown can be used in the same role that Vince Mayle was called up for in 2016: the big blocking wide receiver.

I'm going a bit long here at tight end because I don't think the team will be able to sneak Rico Gathers to the practice squad if he isn't ready to take a regular spot on the game day roster.

Jason Witten is the TE1 until someone takes his job, which isn't likely in 2017.

James Hanna and Geoff Swaim both offer good depth and run game blocking ability. I think the team wouldn't mind going long to keep both of them if Gathers' blocking ability isn't ready to go. If it is, one of these two won't make it. I'm thinking Hanna, who could also be a PUP candidate to start the year much like Darren McFadden and his NFI stint in 2016.

The biggest question with this group is where La'el Collins will play. He figures to start at either left guard or right tackle, but at the moment, that is an unknown. The Cowboys seem to be trying to find their best five players on the line. That could mean Jonathan Cooper becomes the starting left guard because Collins is the best right tackle option.

Byron Bell will be on the roster because he is a veteran presence that can play multiple spots on the offensive line.

If Chaz Green isn't the starting right tackle then he will serve as the swing tackle again this year. Emmett Cleary serves as more tackle depth with Green's injury history.

Taco Charlton has a real shot to be a day-one starter, but on which side of the defensive line? That is a big question heading into OTAs. The team loves him, but where does he fit?

Charles Tapper is another Jaylon Smith story. Got a redshirt year his rookie season and appears to be healthy and has slimmed down a bit to get ready to play the right defensive end spot. He'll have to get back into game shape, but could be an enormous addition to the defensive line rotation.

Outside of Stephen Paea and Cedric Thornton — who are best utilized as 1-technique tackles — and Maliek Collins at 3-technique, the rest of the defensive line group seems to be able to line up in several places.

Several guys found their stride at times last season like David Irving, Benson Mayowa, and Collins. The hope is they will take another step forward.

It seems like they have the depth now at defensive end that they can move Tyrone Crawford back to 3-technique. While he was effective at end, his best position is inside.

Sean Lee made his first trip to the Pro Bowl last year and received a 1st team All-Pro award for his work on the weak side of the Dallas Cowboys 4-3 scheme. Talent has never been the issue with Lee, it was always health. Last year he had some luck in the health department and we got to see his talent over a full 16 games. Perfect fit on the weak side.

Jaylon Smith might be the most eagerly awaited debut of any defensive player we have drafted since DeMarcus Ware. If he is healthy, he will be the starter in the middle and after reading Staff Writer Kevin Brady's scouting review, we are going to love what he brings to the defense.

That leaves the strong side linebacker spot to be battled over in camp and throughout the season. Damien Wilson was very effective over there, but the team will also give Anthony Hitchens a shot as well.

While six linebackers may not be enough, let's not forget that Keith Smith has some experience there and could provide depth if needed. Your seventh linebacker is probably around for special teams play, which the team can get from Keith Smith, Rod Smith, and Robert Blanton. 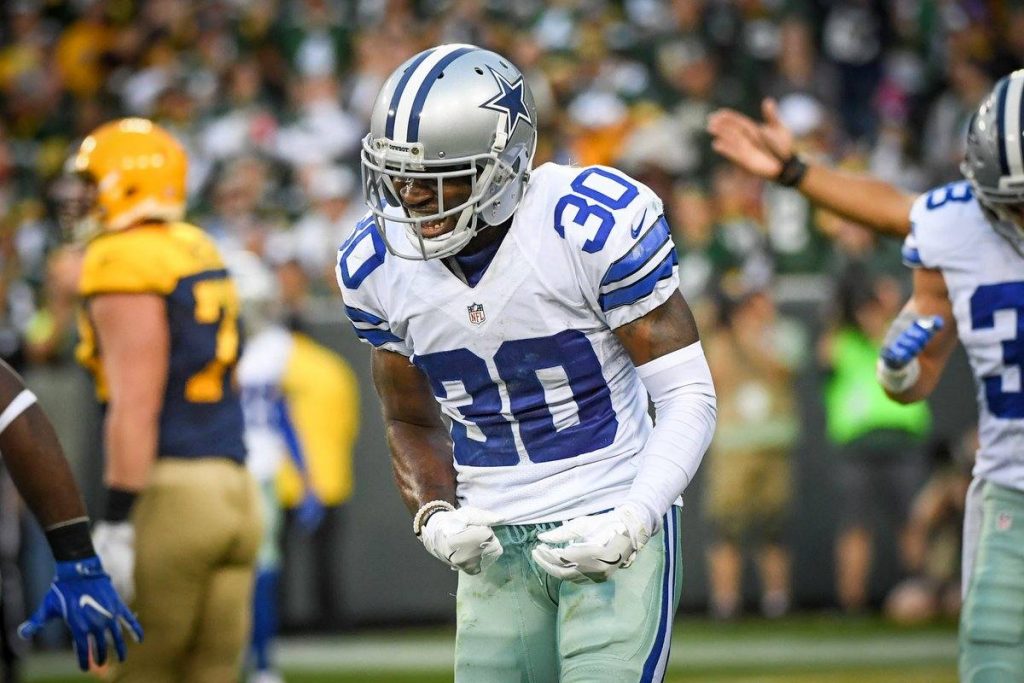 Count me as someone who didn't see a need to go defensive back in the first round during the draft. I thought that Nolan Carroll's addition equated that of Brandon Carr, with a bit more turnover potential, and Anthony Brown was a player to watch to take another step forward. Orlando Scandrick was going to be another year removed from his injury and better prepared for the season.

While they didn't invest a first round pick, they certainly invested heavily at cornerback during the draft.

Chidobe Awuzie and Jourdan Lewis were added to the cornerback group and both have a shot at significant playing time as soon as week one.

While I think it's more likely that Carroll and Brown are your week one starters on the outside and Scandrick in the slot, training camp competition could certainly change all of that. Awuzie and Lewis both have tremendous ability and can contribute right away. The question is will the coaching staff and front office be willing to give two rookies significant playing time week one and let them grow?

I could see a scenario where Scandrick is a camp casualty because of the play of Lewis and Awuzie. If both show they are ready to go, Scandrick, at his advanced age for a cornerback, could be on the way out as the team gets younger.

Marquez White offers very intriguing athleticism and length that I would like to keep on the active roster and develop. Especially if the team releases Scandrick, White becomes depth on the outside.

Byron Jones is entrenched as the starter at one of the safety spots. Because they like to use a rotation, there will be plenty of snaps for Jeff Heath, Xavier Woods, and Kavon Frazier, on defense as well as special teams.

Robert Blanton figures to be depth and he'll add to special teams while providing some veteran depth in case the younger guys don't hold up to the pressures of starting at safety opposite Jones. The hope is that through competition, the cream will rise to the top and they will be able to replace Barry Church's production over the last few years.

Heath and Woods have shown a penchant for creating turnovers and making plays on the football, which is something this Rod Marinelli defense has been missing.

There will be camp bodies at each of these positions, but this group is set. They've been good to great at what they do.

John Williamshttps://anchor.fm/inside-the-cowboys
Dallas Cowboys optimist bringing factual, reasonable takes to Cowboys Nation and the NFL Community. I wasn't always a Cowboys fan, but I got here as quick as I could. Make sure you check out the Inside The Cowboys Podcast featuring John Williams and other analysts following America's Team.
Previous article
Cris Collinsworth Gives Broadcasting Advice to CBS’ Tony Romo
Next article
Evaluating the Dallas Cowboys CB Position as a Whole

Jaylon Smith might be the most eagerly awaited debut of any defensive player we have drafted since DeMarcus Ware” I’d say drafting Claiborne at #6 made him pretty eagerly awaited too. People thought he was going to be the second coming of Deon….regardless of how he turned out.

Perhaps it’s recency bias and the nature of Twitter in 2017, but the hype over the last year has grown to tremendous levels.

No doubt, You would have thought Ray Lewis and Mike Singletary had a love child and named him Jaylon.