With about three weeks until the start of free agency (March 9), teams around the NFL are starting to make changes to their rosters in what they hope is for the betterment of their team. These moves are made for a number of reasons and you can bet that the Dallas Cowboys are discussing things internally about what they want to do with some of their players. One player that could see his time in Dallas coming to an end is tight end James Hanna. 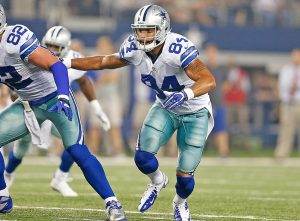 James Hanna was drafted in the sixth round of the 2012 NFL Draft by the Dallas Cowboys and has developed into a pretty solid #2 behind Jason Witten. The Cowboys valued his contributions to the team so much that they signed him to a 3-year $8.25 million contract extension in March of 2016.

Had the Cowboys known then what they know now, they likely wouldn’t have signed Hanna to a contract extension last year. This is especially true considering the fact he missed the entire 2016 season and his future in the NFL and with the Cowboys could be in jeopardy.

You may have forgotten, but let me try and refresh your memory.

Hanna entered training camp last season complaining of soreness in his knee. The Cowboys initially diagnosed the problem as a bone bruise, but the injury ended up being more serious than expected.

Hanna ultimately had to have knee surgery not once, but twice in 2016. To make matters worse, there hasn’t been any news that would suggest he will even be ready to participate in training camp.

James Hanna’s knee injuries isn’t the first time the Dallas Cowboys have found themselves in a situation like this. In fact, Anthony Spencer went through nearly the exact situation and unfortunately for him it pretty much ended his career.

Spencer was never quite the same after his knee surgeries and it’s really starting to look like Hanna could be following the same career path. 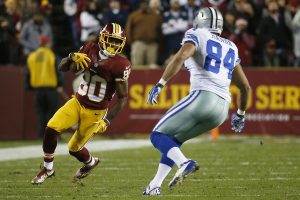 This would truly be unfortunate, because James Hanna was a valued member of the Cowboys offense. He may have never developed into a starting TE, but he provided valuable depth behind Jason Witten and contributed on nearly all of the special teams units.

Now, I don’t expect the Cowboys to release him anytime soon. I think they will wait and see what he looks like in off-season workouts before making a decision. But, if he’s not ready to go by training camp, they could release him with an injury settlement and create $2.3 million cap space in 2017.

If the Dallas Cowboys have any concerns about James Hanna’s future with the organization, then we will likely see them address this position in the 2017 NFL Draft. Fortunately, the 2017 draft class is pretty deep at the TE position.

Are you concerned about James Hanna’s availability for the 2017 season?