As the NFL offseason continues on, things will heat up in Phoenix next week at the annual NFL Competition Committee meeting. Here, rule changes will be discussed and implemented for the 2017 season that we all desperately wish would start sooner than later. When the season does begin though, where will Tony Romo be playing?

Romo finding a new team for 2017 will instantly shift the power for his squad in the division or conference, and his release into the free agency market seemed like a done deal a week ago at the start of the new league year.

2017 NFL Combine: Tony Romo Could Steal The Show As QBs Look To Stand Out

Tony Romo still being on the Cowboys’ roster at the NFL Combine came as a surprise, and now he could remain with the team all the way through the 2017 NFL Draft.

Still a member of the Dallas Cowboys, perhaps being “held hostage” depending on who you ask, Jerry and Stephen Jones have shifted their focus with the star QB to finding a trade partner. As expected, this has proved difficult even with plenty of QB-needy teams remaining late in free agency because a Romo release is still a very real possibility for the Cowboys.

The Houston Texans and Denver Broncos have been the two teams linked to the pursuit of Tony Romo  -with seemingly no interest in a trade and varying levels of interest should a bidding war for the 37-year old quarterback’s services begin. “Deadlines make deals” in the business that is football, and next week’s Competition Committee Meeting will put Stephen Jones in the same presence as Texans’ GM Rick Smith and Broncos’ GM John Elway.

My theory. DAL holding Romo till after owners meeting. Stephen Jones serves on Competition Committee with Elway and Rick Smith. (1of2)

There comes a time in every NFL offseason that teams bunk down in using free agency to churn the roster and turn their full attention to the NFL Draft. That time is fast approaching, and you could argue that it is already here for a Cowboys team that unsurprisingly used free agency to fill a few holes but remain relatively quiet. The Texans and Broncos could both use an upgrade at the most important position in sports though, staring down a draft board at the position that features many more questions than answers.

The Cowboys should be desperate for a Tony Romo trade now, and Stephen Jones very well could look to display a skill often seen in his father – a 2017 Pro Football Hall of Fame inductee – by working Houston and Denver against each other and making magic happen. With Dallas understandably content with Dak Prescott as their future at QB, they realize that the days of Tony Romo helping them win are over. 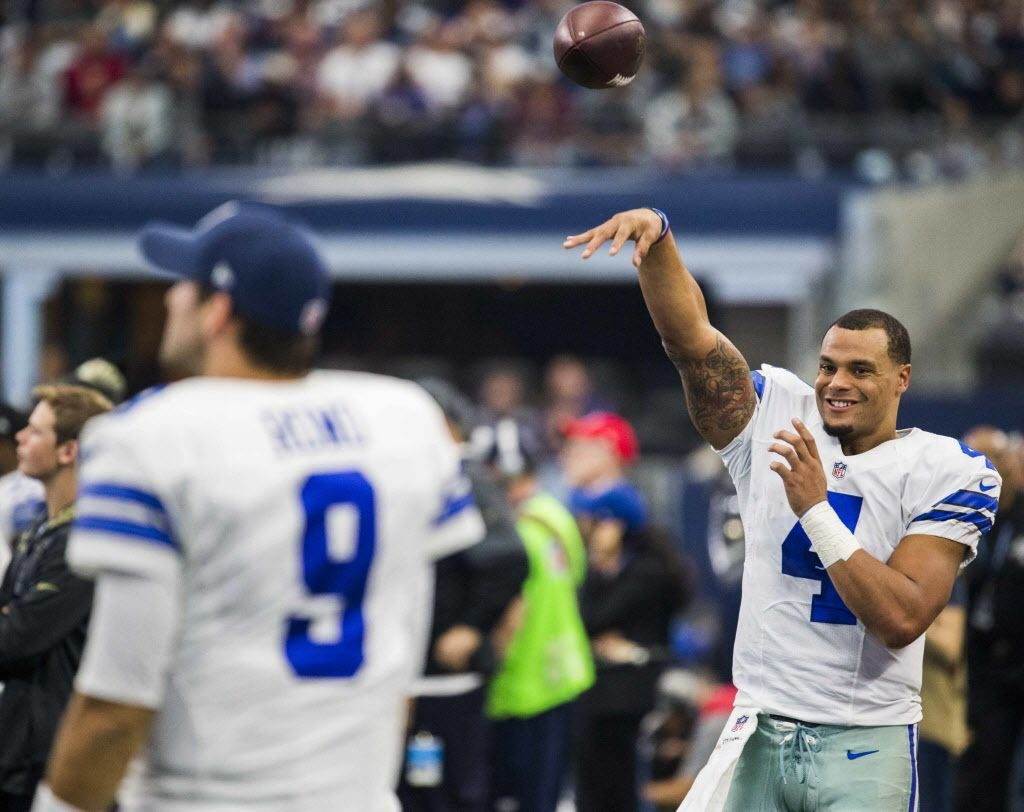 What Tony Romo can do, with some help from Stephen Jones, is further set up the Cowboys for a run of dominance under Prescott by netting them something in return via trade.

The Cowboys, Texans, and Broncos representatives are going to be sitting around very soon discussing changes to the NFL game for 2017. Jones and the Cowboys will hope that these changes positively affect a 2017 season that they want to end in Minnesota and Super Bowl LII. The Broncos and Texans will only be able to dream about the Lombardi Trophy…

…unless, of course, they make an offer to get Tony Romo out of Dallas.

Tell us what you think about “Could The Tony Romo Saga Find Resolution at Competition Committee Meetings?” in the comments below. You can also email me at Sean.Martin@InsideTheStar.com, or Tweet to me at @SeanMartinNFL!