With Tony Romo's future such a hot topic right now, any ripples in the pond are going to get attention. Lately, all of the ripples have been coming from the Denver Broncos. 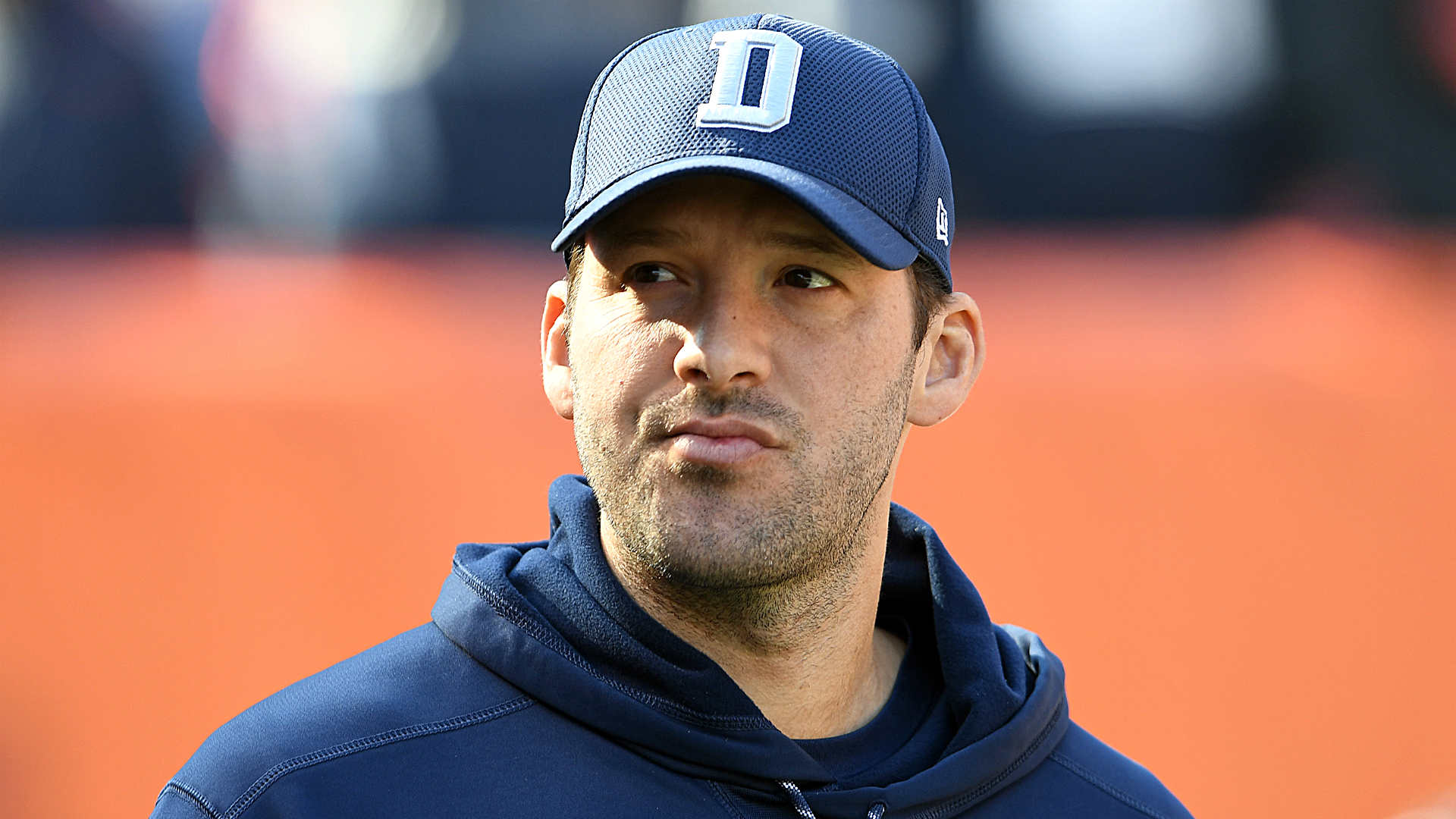 Two prominent Broncos players have chimed in on the idea of adding Romo this week. What's more, Romo was just photographed hanging out with the greatest Bronco of all time and the current general manager.

At this point, there's little question that Romo will no longer be with the Dallas Cowboys in 2017. It seems now we're just trying to figure out how that will happen, either via a trade or just a release. Anything that makes it appear a team is truly interested in Tony, especially this early, is a good sign if you want Dallas to get something back in Romo's departure.

Let's look at each of these Denver-related ripples and see how telling they really are. 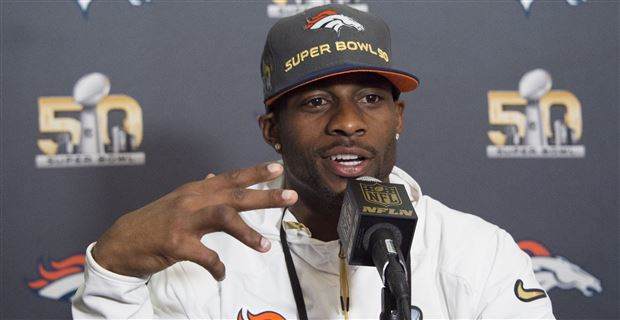 After four years with Ben Roethlisberger and two years with Peyton Manning, you can't blame Sanders if he has a high bar for who's throwing him passes. He went to the Super Bowl as a rookie and again last year, finally winning a championship. He saw firsthand what Manning's veteran presence did to help Denver claim the crown.

As recorded by Josh Alper of ProFootballTalk, Sanders would be very happy with the idea of Tony Romo taking over at quarterback for the Broncos:

“I believe I would benefit But one thing about it is: I’m always gonna take it back and I’m just gonna put it on John Elway. In John Elway I trust. If he does bring him over, I think Tony Romo will fit good in [offensive coordinator Mike] McCoy’s system. It’s a no-huddle, up-tempo offense. I think that it’s gonna be similar to the Cowboys. I think he has Demaryius Thomas and some receiver No. 10 on the other side. I feel like we will win ballgames with Tony Romo or potentially a championship.”

To be fair, though, Sanders didn't completely forget about the guys who he worked with in 2016. Still, it was clear he didn't see them as the best options.

“At the same time, Paxton Lynch played in a spread offense at Memphis and he can be successful. I think Trevor can be successful. We’ll see what we do. I can’t sit up here and say ‘Bring Tony Romo!’ because I also have two other quarterbacks that are playing really well too.”

It's interesting to note that Denver already has the guy, Paxton Lynch, that the Cowboys coveted in last year's draft. How ironic would it be if Lynch got to spend a year or two behind Romo after all?

Clearly, Emmanuel Sanders has put some thought into this. His talk about the style of the offense and Romo's potential fit shows this wasn't just some spontaneous response. Given that, you have to wonder who else he's discussed this with in the Broncos organization.

For eight seasons in Dallas, Ware and Romo fought together to try to return the Cowboys to Super Bowl glory. After becoming a salary cap casualty in 2014, Ware joined up with Denver and finally got his ring. You know he would love to see Tony enjoy the same experience.

Like Emmanuel Sanders, Ware was positive when considering the possibility of Romo joining the Broncos. However, the 12-year veteran was a bit more careful in his remarks. He made sure not to throw the young quarterbacks under the bus, as reported by Troy Renck:

Even if Tony Romo joins the Broncos there's no guarantee that he would be playing with DeMarcus Ware. After only appearing in 10 games due to injury this year, Ware goes into 2017 as an unrestricted free agent. He turns 35 this summer and may have a hard time finding work, especially after season-ending back surgery.

Just Hanging Out With John Elway

Perhaps the most intriguing ripple came from a recent political event in Washington D.C. As you can see below, Tony Romo was in some interesting company.

At this time there is no official word that Tony Romo has been given permission to talk to other teams. If Romo and John Elway did discuss his coming to Denver, it would fall under the NFL's tampering rules. The Broncos would be subject to fines and potential loss of draft picks.

Let's get real, though. We know tampering happens and it's just a matter of who's smart about it. Romo and Elway could have easily talked shop over cocktails and nobody would ever know. Frankly, it's naive to think that they didn't.

If the Denver Broncos really do want Tony Romo, the next thought for us Cowboys fans is what we might get in return. It's very hard to answer that because we don't know just how much Denver feels they need him.

The Broncos do have a window to capitalize on their great defense, making it dangerous to wait on one of their young quarterbacks to develop. They may feel that adding Romo allows them to maximize their current talent and compete in the AFC now while Paxton Lynch or Trevor Siemian gets ready for the future.

Because they have those two guys, though, Denver has plenty of leverage.  They certainly won't give up a first-round pick for Romo and I doubt even a second-rounder. After investing a first in Lynch year, they won't double down on quarterback with high picks in consecutive seasons.

There are, of course, lots of other ways this could go. Dallas might accept a later pick rather than lose Romo for nothing, or they may look at trading for a current Broncos player at a position of need. Then again, Denver may just wait things out assuming Romo will get released and sign him as a free agent.

Perhaps all of this is for naught and Romo isn't even on Denver's radar. However, at this early stage it's the most that any one team has been talking about or seemingly connected to Tony. These few ripples are only the beginning, though, of a flood of speculation.

Jess Haynie
Cowboys fan since 1992, blogger since 2011. Bringing you the objectivity of an outside perspective with the passion of a die-hard fan. I love to talk to my readers, so please comment on any article and I'll be sure to respond!
Previous article
2017 Free Agency: Is This Defensive Behemoth On The Cowboys’ Radar?
Next article
Dallas Cowboys 2017 NFL Draft Target: DE Chris Wormley

Maybe that June release strategy will pressure Elway, who does have a limited window to contend right now. A trade might be agreeable to both teams on a basis of conditional draft pick. Which could work out big for Dallas if Romo stays healthy. The top end might be a #2 or something.

Dallas and Romo have the benefit here that Elway just pulled a similar risky move off with Manning and hit on it. Manning might have arrived as a FA, but the part about a veteran winner QB coming off injury & he can’t move very well.

One of Manning’s trademarks was that fast-break offense that benefited from his quick release. I’ve never thought Romo’s release was on that level, Marino’s or even Dak’s. But it’s not slow. And he is more mobile still than Manning was when Denver signed him.

But Romo is more fragile IMO than Manning was these last few seasons. You would have to run quick hitters and not much downfield, to keep hits off Romo. You’d try to roll him by design if you want a play downfield, etc. You need a lot of run support for him, or I don’t think he lasts even 8 games.

Nice find on the pic!

I think the Texans and the Broncos may even be the only two teams in the entire league Romo would play for. I don’t think he’s going to give teams like the Jets or the Browns a thought, because he knows he’s realistically as few as one season away from retirement.

He’s going to want a team that he thinks he can elevate to the Super Bowl in a single season, simple as that.

Go to Denver Tony, This is from a cowboy fan. I am still mad and feel you were sold out, and the reason Jerry didn’t get his ring this year is his Karma for doing so.
I hope Denver gets Tony, they are also a great team. Tony still has a lot to offer, both as a great quarterback, and a dedicated leader.