As most of you know I’ve spent most of the last year writing Fantasy Football from a re-draft perspective. Well, now I’m going to start dipping my toe into the dynasty world as well with my first ever attempt to rank the 2017 rookie class for dynasty fantasy football.

I’m a firm go with my gut guy when it comes to making decisions on players. Sure, I look at the production, the situation, and the history of the team, but in the end, if all things are equal, I let my instincts lead me. 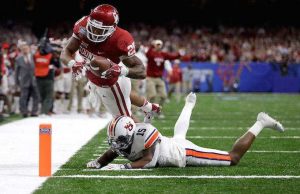 Joe Mixon certainly comes with a lot of baggage. Had he not been stupid three years ago, he would have likely been the first running back taken in the draft. But he was stupid and so he was taken in the second round.

He brings to the table an elite blend of the size, speed, agility, vision, power, pass catching, and pure athleticism that will make him a feature back before long.

With only the pass-catching and oft-injured Giovanni Bernard, and the plodding and ineffective Jeremy Hill standing in his way, Mixon will take the lead role for the Bengals. Mixon does everything that you want out of a three-down back.

In my own opinion, and the opinion of many others, Mixon was the best back in the draft.

I have such mixed feelings on Leonard Fournette. On the one hand the speed + power combination that he has is nasty and impressive. Those two traits are elite. He has also performed well as a pass blocker. The issue I have is wondering if he’ll be able to make people miss.

You can’t run over everyone in the NFL and while he will be effective, I wonder how many big plays we will see out of him. TJ Yeldon appears to be in the pass catching role for the Jaguars, securing 50 catches, which was third on the team.

Fournette projects to be an excellent back in the NFL, but his situation and my reservations (and yes, I’m in the minority on that one) have him second for me.

The top wide receiver in the draft, Corey Davis, went to a team that was in need of a front line pass catcher. It seems that they have him.

While Davis is making the jump from smaller school competition to the NFL, he shows an ability to get open using vision and awareness that is unmatched. Not solely relying on his athleticism, though he has it, he uses solid route running and zone awareness to find weak spots in the secondary to make plays.

Dalvin Cook was an interesting name to follow during the college football season and during the draft process.

To most observers last season, Cook was considered the top running back in the 2017 rookie class. During the pre-draft process, a lot of concerns began to come out about his checkered past and his shoulder that began to move him down several draft boards. On top of all that, he had about as poor a showing at the NFL combine as you can have for an elite back.

I know many have moved Christian McCaffrey above Cook, and that’s a reasonable decision. My problem though is that McCaffrey saw his draft stock sky-rocket during the draft process while Cook saw his plummet. I think it’s okay to be a bit wary of guys who were considered second rounders in the beginning end up as top-10 draftee.

And vice versa, I think that we can question Cook’s fall from grace as a potential top-10 talent to a second round draft pick.

Despite Cook’s poor performance in the athletic testing, his game film and production indicates that he is an elite talent at running back who is able to be productive in every facet of an offense.

Cook doesn’t have anything standing in his way to becoming RB1 for the Minnesota Vikings, a team that needs more consistency from their running game.

This was by far the best landing spot possible for Christian McCaffrey.

While he showed he has the ability to run in a pro-style power running offense — like he did at Stanford — his athleticism fits much better in an offense that tries to use spacing, speed, and misdirection (run-pass option) like Carolina does.

The point is that if McCaffrey is going to get targets, Cam Newton and the Carolina offense are going to have to make it a priority.

An elite talent with elite production at the highest level, Mike Williams may turn out to be the best wide receiver in the class. He certainly has the athleticism and play making ability to work with.

The thing that has me down on him would be his landing spot. There are pretty solid to really good pass catchers with the Chargers already. Keenan Allen, Tyrell Williams, and Hunter Henry can be pretty dynamic at times.

That doesn’t mean that there isn’t room for Williams, in fact he may actually start from day one, but there are several mouths to feed in the Chargers offense.

If you draft Williams, do so based on the long-term expectations and not the short-term. In the short-term, he may be hindered by his teammates.

Njoku has Corey Coleman, Kenny Britt, Duke Johnson and Isaiah Crowell. While yes, it is Cleveland, I like this situation much better in 2017 and long-term.

OJ Howard, to me, was the best tight end in the draft by far. He already has NFL-ready blocking ability, athleticism, and pass catching ability. Like I mentioned above, I just don’t like his situation as much.

Howard has a lot of players to compete with in Tampa Bay for targets.

While it’s likely that he will get a lot of playing time, his fantasy football potential is going to be limited by the great players he has around him.

If someone has a chance to be the 2017 version of Jordan Howard, to me it’s Samaje Perine.

Like Howard in 2016, Perine was drafted after the top name running backs and drafted into a situation where the coaching staff is talking up the incumbent starter.

Perine is a better version of Rob Kelley. He runs with the same power that Kelley runs with, but in my opinion has better quickness and elusiveness. Perine is also great at catching the ball out of the backfield, giving him three down potential.

Aside from a poor showing in the 40 yard dash at the combine, I see Perine as every bit the running back that the top-tier guys are.

Receiving Jamaal Charles like comparisons pre-draft, Alvin Kamara couldn’t have gone to a better place, unless he was drafted by Kansas City.

Sean Payton and the New Orleans Saints have the creativity and the willingness to use a dual threat running back like Kamara. I expect him to be deployed sporadically in his first year, but by year two should be used in a similar fashion to Reggie Bush and will likely take over as the primary running back in the Big Easy.

Elite speed and athleticism are going to make him an amazing weapon on the other side of the field from AJ Green. Defenses are going to have a really tough time stopping this offense and Andy Dalton immediately gets a bump in re-draft leagues.

One of my favorite wide receivers in this year’s draft, Juju Smith-Schuster has all of the tools to be an alpha male wide receiver in the NFL. He displays size, speed, hands, jumping ability, athleticism, and is only 20 years old.

The reason he has dropped so far in my rookie ranks is the massive hill he has to climb up the Steelers depth chart to have an impact in 2017 and in the future.

Antonio Brown, Martavis Bryant, Sammie Coates, and Eli Rogers will likely be ahead of him on the depth chart to start. That doesn’t mean he can’t pass those guys, but again it’s a massive hill to climb. 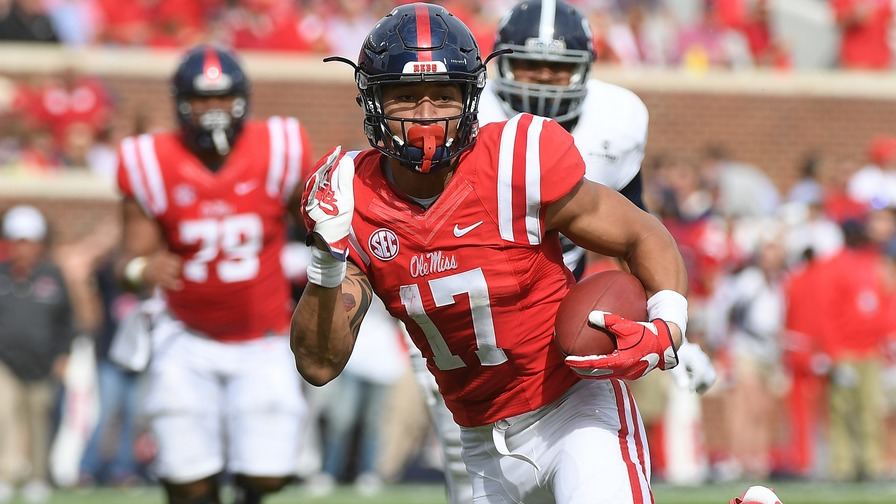 13. Zay Jones, WR, Buffalo Bills – Amazing production at East Carolina, but will it translate to the NFL? Tyrod Taylor hopes so.

14. Evan Engram, TE, New York Giants – Great player with great athleticism, but where are the targets going to come from?

15. Marlon Mack, RB, Indianapolis Colts – Frank Gore could play forever, but it isn’t likely. Marlon Mack is the next man up.

16. Kareem Hunt, RB, Kansas City Chiefs – Hunt will be thrust into a running back competition with incumbent starter Spencer Ware. He has an opportunity to earn some snaps this offseason.

17. Curtis Samuel, RB/WR, Carolina Panthers – A Percy Harvin/Tyreek Hill type will need the Carolina offense to get creative to utilize him and McCaffrey on the field at the same time.

18. D’Onta Foreman, RB, Houston Texans – May not have much of a path to touches in year one, but if Lamar Miller has another below average year and injuries, Foreman is the lead back in 2018.

19. Carlos Henderson, WR, Denver Broncos – One of the more underrated players, likely because he played at Louisiana Tech, the Broncos found a guy that can grow with their young quarterbacks while taking snaps in the slot immediately.

20. Jeremy McNichols, RB, Tampa Bay Buccaneers – A late round pick with promise. The Bucs running back depth chart doesn’t have much standing in the way of McNichols.