In this week's Tweet Break, we'll take a look at some more updates from the Cowboys training camp in Oxnard, as they prepare for this first preseason game against the Rams.

See how much @DezBryant really brings to the @dallascowboys offense when Ds respect the run.https://t.co/5NQ4vSGeiO pic.twitter.com/meBlxakRxF

With the Cowboys offense expected to do great things this season thanks to their offensive line and running game, Dez Bryant should surely be in a prime position to reclaim his dominance after being held back by injuries in 2015.

These injuries forced Bryant to have to shake off some rust at the start of camp, but as you'll see in the next tweets, #88 is gearing up and ready to go.

Not only can Bryant burn defenses on both long and short passes, but he is fully embracing the presence that rookie RB Ezekiel Elliott will bring to this team.

Dez Bryant on Ezekiel Elliott: "I love his confidence. I love his swagger. I just think he's going to be real good for us."

With the 2016 season officially getting underway with its first game tomorrow, now is as good of a time as ever to show some love for starting QB Tony Romo. Not only has Romo been preparing for his own return from injury, but Tony even recently gave us this epic appearance in a new NFL Sunday Ticket commercial.

Michael Irvin: Tony Romo has the ability to lead and get a team to the Super Bowl.

Well, Michael Irvin, who is staying at NFL Network, visited Cowboys camp and had some pretty bold observations – such as this one about Romo. Of course, Irvin does have a history of defending #9 for the Dallas Cowboys on the biggest stages:

Tony Romo, along with Dez Bryant and now even Ezekiel Elliott, is part of the reason why the Cowboys are such a talked-about team. Love or hate anybody that wears the star, the truth of the matter is that NFL fans know all about what the Cowboys' star represents – which is the greatest and most valuable sports franchise in the world.

Adding to this praise was Colin Cowherd, who listed the Cowboys on his list of eight total teams in all of American sports that can maintain popularity through all circumstances.

The Green Bay Packers and Pittsburgh Steelers were the other two NFL teams to make this list along with the Dallas Cowboys, and both teams will host Dallas in their buildings this season.

It's Time for Football, Rico Gathers

Sixth-round pick Rico Gathers is quickly becoming a fan favorite for Cowboys' fans – as the converted Baylor basketball player has been outspoken on Twitter about his process in trying to earn a spot on the team as a tight end.

Checkout which of my teammates I want to be my starting 5 in a game of basketball 😈😏🏀 #CuTTwork https://t.co/ogh606go0j

Last week, we checked in on him running through strange Mike Pope drills, and now just hours before his first NFL game he is going back to his roots and discussing who he would take as his starting five for a basketball game out of the Cowboys' roster.

Let's hope that not only Rico Gathers, but all of the Cowboys making the trip to Los Angeles are ready to go tomorrow night! The spotlights will be on as the game is airing on ESPN, with the Rams making their return to Los Angeles in style.

Enjoy the game, and be sure to send in any tweets that you may see while watching it or throughout the week to be featured here by emailing Sean.Martin@InsideTheStar.com! 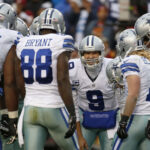 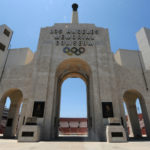