More than a few eyes rolled when the Cowboys brought in veteran Punter Bryan Anger this offseason. Hunter Niswander had seemingly earned the job in 2020, but Dallas clearly thought they could do better. So far, Anger has justified the decision by beating Niswander's stats and most of the league's other punters in 2021.

Anger doesn't get called on often thanks to the Cowboys' excellent offense. He's only had to punt 18 times so far this year, making him the 29th-most utilized punter in the NFL. Comparatively, nine others have punted 30+ times and a couple have punted 43 times this season.

When he is needed, though, Bryan's numbers have been impressive. His average distance of 48.7 yards is sixth best in the league and his 44.1 net average is fourth best.

Where Anger ranks among his peers is just one part of this valuation. Dallas let Niswander go, who's six years younger, to add a 33-year-old veteran. Getting older at a position has to come with a clear jump in production to be validated.

In 2020, his one year with the Cowboys, Niswander was a mid-season addition when veteran Chris Jones' injuries appeared to be ending his career. Hunter was surprisingly good in his eight games, ranking in the league's top 10 despite his inexperience.

But while Niswander did enough that Dallas could've reasonably stuck with him in 2021, John Fassel and the front office wanted more. And they're getting it from Bryan Anger.

Niswander's averages last year were 47.2 total with a 42.0 net. If you took those numbers to this year, he would be 12th and 13th among all punters in those categories.

On average, those statistical differences may not sound like much. But they add up over the course of a game and especially a season, and we've seen how a single yard can make the difference between wins and losses.

There are other finer points of punting that the coaches see and may have contributed to the relatively inexperienced Niswander losing his job to Anger. But at least there's no question, even if it's small, that the veteran has raised the bar since arriving in Dallas.

The game will probably come in 2021 when a single punt may make make a huge impact. When it does, the Cowboys appear to be in better hands with Bryan Anger than they would've been with Hunter Niswander and most other NFL punters. It's an underrated win from their offseason moves.

Jess, these are the kinds of articles we fans love. Thank you! they give much more depth of perspective across the roster than just QB, LT, RB type of rehashed stories. When you get these kinds of increases in productivity across the roster, performance rises, and thus we are seeing a great season (so far) for the team. Everyone produces! Everyone contributes!!

Nobody ever talks about ST play unless its bad. An unheralded factor in the improvement of this team…..albeit a modest one. Anger with the great punting, helping us win the FP battle. Greg Z aside from the Bucs game. holding his own. And our kick coverage doesn’t appear to be giving up alot of big returns like last year.

Many games are won/loss by the slightest of margins and often come down to a play or two here and there. Good to see our ST isn’t a liability, not right now anyway. 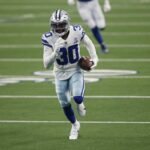 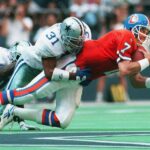