Dez Bryant has been and will continue to be the Dallas Cowboys most dangerous deep threat for the foreseeable future. With his strong hands and powerful frame, it is rare that a defensive back can out-muscle Bryant at the catch point.

The other day at Cowboys practice, Dez proved again just how strong his hands are. Watch him here as he goes over the top of cornerback Anthony Brown to make an amazing catch.

Let's hope that Bryant can continue to make plays like this come gameday, just as he always has. Dez came alive when healthy during the second half of last season, making me excited to see what he has in store for 2017. 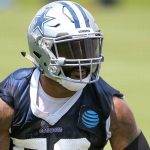 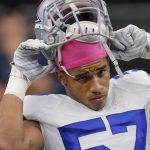