Week 14: Giants A Reminder Of Cowboys’ Past, But Who’s Better Off?

The New York Giants have found a lot of ways to help the Dallas Cowboys this season through a miserable 2-10 stretch that Head Coach Ben McAdoo nor General Manager Jerry Reese could survive as of yesterday. With both being fired ahead of the Cowboys' visit to MetLife Stadium, the Giants are swallowing their pride at a great time for this Cowboys team that likely must win out to consider reaching the playoffs.

As New York prepares to be led by an interim coach (the familiar Steve Spagnuolo), the story writes itself that Jason Garrett's first game as the interim HC in Dallas came at the Giants back in 2010 – a win the Cowboys would earn for their second of that season.

So, in a season where Cowboys Nation should be fully enjoying the Giants' misery while reaping the benefits of their seventh year Head Coach, is this 6-6 team really in a better spot than the transitioning Giants?

Garrett's culture change in Dallas paired with a 5-3 end to that dreadful 2010 season set the tone that big things would be achieved under his leadership, the most consistent of which were three consecutive 8-8 campaigns in the three years to follow.

When Garrett has had all of his pieces in place, the results have been there. Two NFC East titles ahead of the Giants speak for themselves in 2014 and 2016, but even these two stops along this journey labeled a “process” have done little to give many hope that the Cowboys will triumphantly win their sixth Super Bowl under Jason Garrett.

I'm not writing this to be negative. Where I sit piecing this together, I am no more than fifteen minutes from the Giants' team facility and MetLife Stadium. I can tell everyone that the sense around Giants fans right now is that their team can finally start to, once again, head in the right direction.

By all indications, it will take the Giants some time to move on from their failed Head Coach in Ben McAdoo and contend in a division that still does have a competitive Cowboys team and currently 10-2 Eagles team.

With 8-8 a very real possibility for Garrett's Cowboys once again though, two teams that talked about Super Bowl aspirations in the offseason will meet in a potentially forgettable Sunday afternoon game.

Meetings between the Giants and Cowboys are hardly ever forgettable on the field though, especially with Eli Manning coming back from an inexcusable one week benching.

Dallas needs to win this game at New York, and I expect they do so to improve their record to 7-6. They'll rightfully get excited about the momentum two straight wins can create as they fly back home with the stability Jason Garrett provides.

Playoff hopes long dashed, the Giants will continue to look in the mirror – win or lose – and I'll still be asking myself, are we really that much better than this? 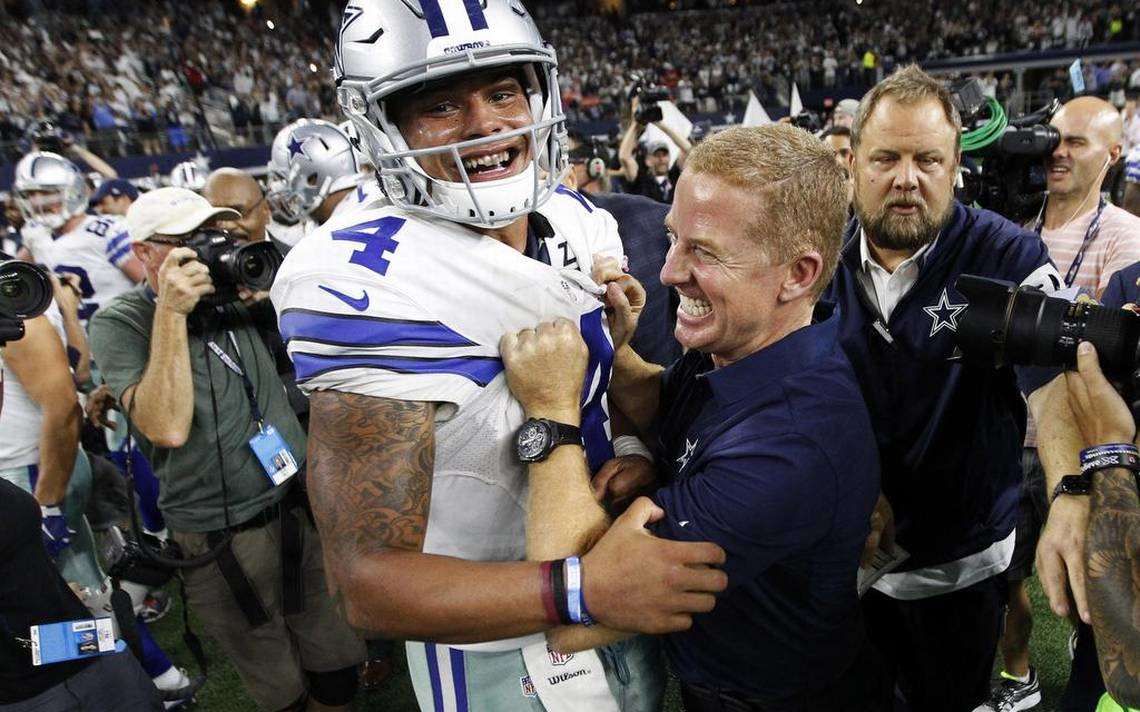 Such are the brutally high expectations set with the Dallas Cowboys each year, a privilege that does set America's Team ahead of most in the league.

Let's not forget however how far removed we are from that November 14th, 2010 game that sent the Cowboys and Giants on their way to meet again in five days with the Giants now lacking hope under an interim head coach.

Will the Cowboys be a lesson in why they shouldn't have hope? This is a question I'll lose sleep over until Sunday, where “the New York Giants will be at the Meadowlands, and we (the Cowboys) have to be ready for them”.