The Saints waltz into AT&T stadium fresh off a victory against the Minnesota Vikings. And really, the only surprising part about that is that three weeks the Saints are just getting their first victory of the season.

Drew Brees hasn’t looked like his normal self so far in the early part of the season. Some of the reason for that is because Brees was coming off an injury and missed a lot of training camp and preseason. Brees is also missing some of the pieces from his arsenal last season that made his unit so formidable. The biggest missing piece is one of the smallest players in the league, Darren Sproles.

Also missing from Brees' bag of tricks is slot receiver Lance Moore. Both players were often what other teams forgot about while double teaming All Pro Tight End Jimmy Graham and pro bowl Wide Receiver Marques Colston. Defenses aren’t struggling as much with the Saints offense since the departure of Moore and Sproles, so that gives the Cowboys D the ability to concentrate more on Colston and Graham.

Although the Saints lost some firepower, they did gain some solid ability in rookie wide receiver, Brandon Cooks. The young man still has a lot to learn about the NFL game, but he’s been showing all the signs of a future pro bowler.

The Saints also have a formidable running back tandem in Pierre Thomas and Khiry Robinson. Both are hard-nosed running backs not to be overlooked and the Saints are looking at them to help pick up where Sproles and injured starter Mark Ingram left off.

Everyone knows how potent the Saints offense can be. Because I’m sure everyone remembers the NFL record 40 first downs the Saints put up on this Cowboys team last season. But Rob Ryan and his Saints defense had this Cowboys offense looking dazed and confused last season. Two players responsible were Cameron Jordan and Junior Galette. Those two can make things really ugly for the right side of an offensive line since coming out of their shells last season to boost their team into one of the better defensive units in the league. Watch the match-up between Tyron Smith & Ronald Leary against Jordan and Galette.

In the secondary the Saints have two of the better safeties in the league, Jairus Byrd and Kenny Vaccaro. Both considered play-making safeties that can change the game at any moment, Vaccaro is the better of the two up close to the line of scrimmage and Byrd is better against the pass. Both players should have an impact in this game.

On the injury front, the Saints could be without starting inside linebacker David Hawthorne, who has a hurt ankle. Starting center Jonathan Goodwin is also hurt, to go along with TE Benjamin Watson who is nursing an injury. Running back Mark Ingram will miss his second consecutive game.

Blue Star Times and @CowboysNation are holding a drawing for 2 pair of tickets to watch the Dallas Cowboys vs. Houston Texans, courtesy of NRG Energy. Winners will be notified via Twitter DM next week and emailed details on how to redeem their prize.

Brian has been a football junkie from the time he was 5 years old. He lives, eats and breathes the game. Brian is a college graduate living in the south who loves his faith, his family, and his Dallas Cowboys. 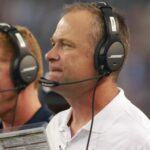 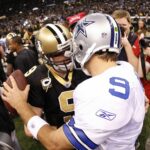