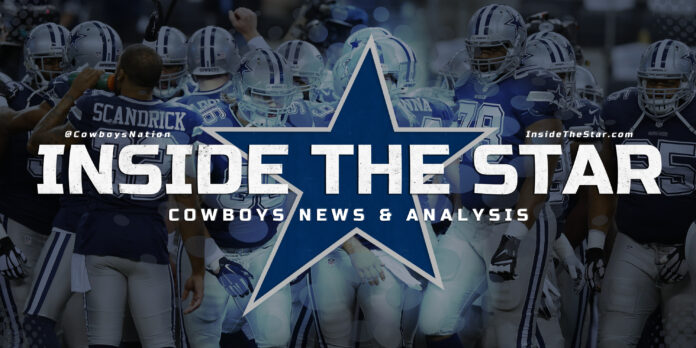 Everyone here at Inside The Star strives to give you the best and most accurate information possible. We may look out of the box at times with a crazy or bold prediction, or take on the national media, but that’s what makes it fun, right?

We appreciate all of you who come to read what we write, and would love to hear your feedback and questions on what you would like to see as we move forward.

And just in case you missed anything, here’s a quick roundup of some of our best and most intriguing posts from the month of September.

RJ took at stab at five bold predictions for the Eagles game. He nailed two out of five, and one in the first half alone. And had it been for defender being a step quicker and the other team scoring on special teams he would have had four of five.

Injury Plagued Cowboys: How To Win With Brandon Weeden

We all knew the minute Tony Romo went down it would be an uphill battle. James took a look at how the Cowboys could continue their winning ways with Brandon Weeden. While the first two weeks have ended in a loss, take a look for yourself and see if the Cowboys are doing what James suggests could get the Boys back on the winning track.

Since we’re on the quarterback subject, you guessed it. The name Tim Tebow was immediately brought up and got some wondering if the Cowboys would bring him in. Here you can read and see for yourself why the Cowboys didn't bring him in and the reasons why he should remain with his new found career.

Of course, the critics came out after Tony Romo threw 356 yards and two touchdowns. They criticize every QB for that kind of performance. OR NOT. Sean gives a brief introduction and lets Michael take it from there.

Is It Terrance Williams Time To Shine

Back to injuries we go. With the loss of Dez Bryant, I took a look back at Williams’ time and stats in the league, and left the question up to the readers. Basically asking the question of whether or not you thought TWIll would be able to step up his game until Bryant returns.

Bobby, the host of the Cowboys Cast (which you do not want to miss), gives his 10 thoughts after the Cowboys beat our ever-loved, little step-brother with all the pre-season trophies and a place enshrined on the famous Gaylord Focker Wall Of Fame with all of their pretty colored ribbons.

Speaking of the little brother and all their trophies, this was a simple look back into time and compare the series history. Along with how Tony Romo, Jason Witten, Tyrone Crawford along with others have fared against you know who, in their careers.

September was also the beginning of Kayla’s look back from 20 years ago which was the Cowboys last super bowl winning season. It will let you relive every week from 1995 as it happened throughout the season. Hoping for the same ending result.

Make sure to check back each week as we will also provide you with injury updates, fantasy football advice, and much more.