Will Benson Mayowa Lose His Starting Job This Season?

The Dallas Cowboys managed just 36 total sacks in 2016, and the player responsible for a team high six sacks in his first season with the team could be in danger of losing his job. This is a good thing for improving the pass rush.

Benson Mayowa came on late in Rod Marinelli's scheme at the much-maligned right defensive end position for the Cowboys in 2016, showing off the traits Dallas saw in him when they signed him from a Raiders team that never gave Mayowa a real shot.

In evaluating this Cowboys roster before the depth chart is truly built on the fields of Oxnard (and The Star), it is important to keep in mind that every team around the NFL is in a better place when younger players can push and even replace the older ones ahead of them.

Benson Mayowa may be contractually signed through 2019 and about to turn 26, but his production didn’t stop the Cowboys from using their first round pick on Michigan pass rusher Taco Charlton.

While I still stand pretty firm in my assessment that Charlton will eventually be starting at LDE for the Cowboys based on his college tape, the first spot Rod Marinelli and this team is going to try him at is in fact Mayowa's weak side position. 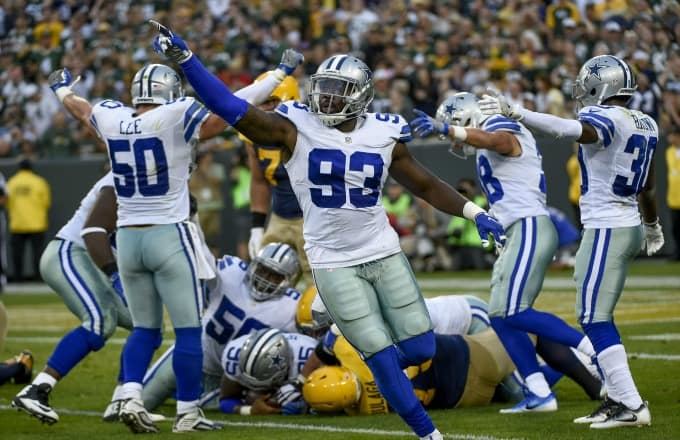 Benson Mayowa does not “move the needle” when it comes to the Cowboys finally generating enough pressure on opposing quarterbacks to be considered serious Super Bowl contenders, making the Cowboys' selection of a DE with their first pick in the 2017 Draft completely warranted.

Where things become interesting for Mayowa though is when the Cowboys potentially add 2016 fourth round pick Charles Tapper to the mix – a defensive end prospect out of Oklahoma that red-shirted his rookie season with a back injury that he'll unfortunately have to carry through his career. 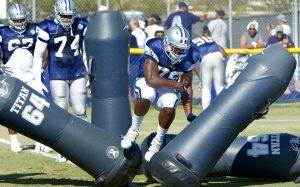 Despite this, Tapper appears to be on schedule to work his way into Rod Marinelli's patented rotation of edge rushers this season – likely looking to do so off the right side.

Like Mayowa in his first opportunities with the Cowboys, expectations should not get out of hand for a player like Tapper that will also be making a switch in scheme and his technique when transitioning to a four front as an EDGE player.

When it comes to the Cowboys actually improving the play along their defensive line, a drastic increase in production was always going to be unlikely from one season to the next. Instead, Cowboys Nation should see the solid signs of improvement as last year's sack leader is already entering 2017 without being handed anything.

Two players that have yet to take a real snap with a star on their helmet are hungry to cut into his playing time, one with the full expectation to do so in Charlton.

Benson Mayowa is a key player to watch through the summer for Dallas to develop and hopefully improve, but the same is easily said about this year's 28th overall pick Taco Charlton and last year's draft pick Charles Tapper, both at Mayowa's position.

I honestly think that Mayowa is safe. There are question marks with every other defensive lineman aside from Collins, Thornton, and Paea.

Demarcus Lawrence has a bad back and may not be ready to go for the season.
David Irving will be suspended for the first four games of the season.
Taco Charlton and Charles Tapper have yet to play a snap.
Demontrae Moore has yet to find consistency himself in the NFL.
Tyrone Crawford is better suited for the 3-technique.

Benson Mayowa might not be the best player, but I think he will have a role. They like that he can also move inside on passing downs if needed.

As it stands now, I’m betting Mayowa, Tapper, Thornton, Charlton are the four EDGE guys that see the most snaps. Moore may see some situational pass rush snaps.