The Dallas Cowboys are pretty thin currently at the quarterback position. Dak Prescott is the unquestionable starter now after Tony Romo’s retirement and as things stand right now, Kellen Moore is his backup. It’s hard to believe they will stick with status quo heading into the 2017 season, but things could certainly change in a few weeks if the Cowboys draft a QB with one of their seven draft picks.

The only thing I know for sure right now is that the Dallas Cowboys are fortunate enough to not really need a starting caliber QB thanks to Dak Prescott’s impressive rookie performance. The 2017 quarterback draft class is uninspiring to say least, but there are some prospects that could be solid career backups and I think that’s what the Cowboys should be looking for.

With just seven draft picks, it’s hard to believe the Cowboys draft a QB at all, especially with all the holes they still need to fill on the defensive side of the ball. So, it’s not that surprising they didn’t have a single QB among their allotted 30 pre-draft visits, but they did work out six at “Dallas Day” for local prospects that grew up or played in the Dallas area.

Seth Russell (Baylor), Jerod Evans (Virginia Tech), Matt Davis (SMU), Dane Evans (Tulsa), Skyler Howard (West Virginia), and Jared Johnson (UT-San Antonio) all threw for the Cowboys coaching staff at “Dallas Day”. This is a pretty good indicator the coaching staff is at least looking to add some depth at the QB position, but nearly all of these prospects should go undrafted. 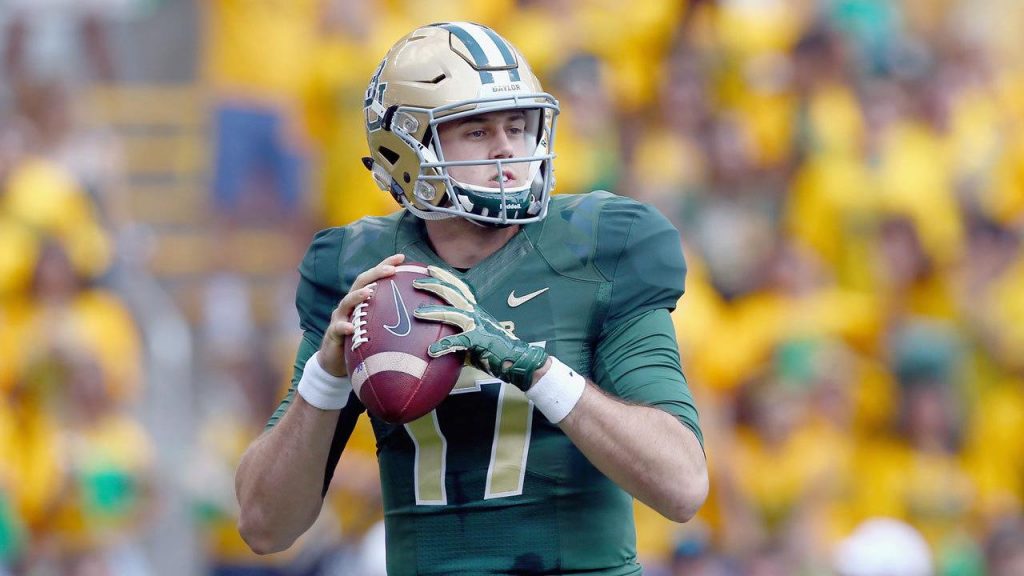 The two QBs that really make the most sense for Dallas is Seth Russell and Jerod Evans. It’s no coincidence that they are also the ones most likely hear their names called at some point in the 2017 NFL Draft.

Seth Russell is another Baylor QB that has been able to put up solid numbers during his time with the Bears. He has thrown for 2,100 yards in his two injury shortened seasons and 60 touchdowns, 18 interceptions in his career. He is probably the most proven after playing against the better competition, but Baylor QBs haven’t transitioned well to the NFL.

I personally don’t think the Dallas Cowboys draft Seth Russell. They could however target him as a priority free agent or if nothing else, bring him in as a camp arm for practices.

Jerod Evans however is a different story. I currently have Evans as a Day 3 selection with a sixth round grade. It’s certainly not out of the question the Cowboys draft him there, but it’s all going to depend on if they have another player there they like better.

Evans has a skill set similar to Dak Prescott’s. He is a mobile QB and has the arm strength to make all the throws in the NFL. He has an NFL ready build and much like Prescott, operated the zone read offense at Virginia Tech. Evans makes a lot of sense because he is similar to Prescott, which is why I wouldn’t be upset if the Cowboys draft him with one of their late round picks.

Jerod Evans is the only QB that threw for the Cowboys coaching staff at “Dallas Day” that I think gets drafted. All of the other QBs are probably priority free agents at best.

So as you can see, it’s unlikely that the Cowboys use one of their coveted draft picks on a QB with more pressing needs elsewhere. They will likely wait until after the draft to bring in some undrafted free agent in hopes of striking gold. Now would be a good time to do just that with Tony Romo’s retirement, the best undrafted QB to ever play in the NFL.

Do you think the Dallas Cowboys will draft a QB?