Will Dan Bailey Retake the Throne for NFL Kickers?

For a few years, Cowboys fans enjoyed boasting that we had the best kicker in NFL history. Last season, Dan Bailey lost that top spot to Baltimore's Justin Tucker. Hopefully, 2017 will allow Bailey to retake his throne.

Dan Bailey ended 2015 with a 90.6% accuracy for his career. Tucker was at 87.8% in second place and waiting to pounce. Last year, Bailey finally gave him an opportunity to strike. 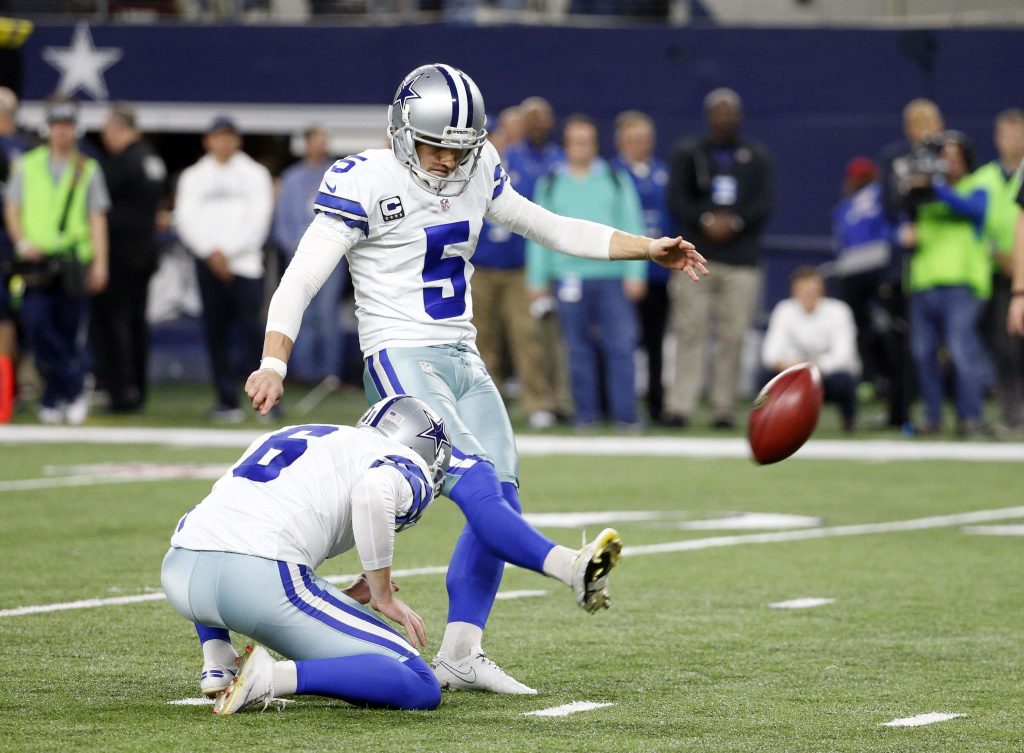 While still a great season by most standards, Bailey missed five of 32 attempted field goals for 84.4%. Meanwhile, Justin Tucker was nearly perfect with 38-of-39 field goals made. This allowed Tucker to creep up over Bailey in the all-time standings.

The two kickers are now neck-and-neck for the top spot. 2016 bumped Tucker's career numbers to 89.84% while dropping Bailey to 89.53%, obviously not a wide margin.

In fact, they are separated by just a single kick. If you take just one of Bailey's career misses and give him a made field goal, his career accuracy goes slightly over 90%.

I know kickers sometimes feel like second-class citizens in the NFL, but the all-time greats can still get their names put in Canton along with the quarterbacks, linebackers, and the rest. Morten Andersen is in the 2017 Hall of Fame class despite a 79.7% career accuracy, being recognized more for his longevity with the most games played in a NFL career.

Andersen's induction may help pave the way for other kickers to get considered. If Dan Bailey can finish his career as the most accurate kicker in NFL history, that is a distinction which would be hard for the selection committee to ignore. He has a tough rival over in Baltimore, though, and they will likely be in a tight race for several seasons to come.

Jess Haynie
Cowboys fan since 1992, blogger since 2011. Bringing you the objectivity of an outside perspective with the passion of a die-hard fan. I love to talk to my readers, so please comment on any article and I'll be sure to respond!
Previous article
Will Ezekiel Elliott Have a Record-Breaking 2017?
Next article
RG Zack Martin PFF’s Top Run Blocking Guard In 2016