In the last few days a lot of news has been swarming around the Dallas Cowboys. Whether it's Jerry Jones' comments on the anthem, Nolan Carroll getting cut, or Ezekiel Elliott's ruling coming from the court, there has been plenty to talk about with the Cowboys. One thing I didn't mention, from yesterday, is the announced retirement of Defensive Tackle Stephen Paea.

Paea was one of the Cowboys' biggest free agent signings from a need point of view. After Terrell McClain signed with the division rival, Washington Redskins early in free agency, the Cowboys were left with no answer at the one-technique position.

Stephen Paea was supposed to be that guy. Unfortunately for him and the team things didn't work out.

In four games with the Cowboys, Paea had four starts under his belt. In those starts he racked up four total tackles. Paea obviously wasn't as productive as the Cowboys had hoped for and that was primarily due to a knee injury that eventually led to his retirement.

With Stephen Paea's retirement the Cowboys have a big hole in their defensive line at the one-technique spot.

Internal DT options for the Cowboys: 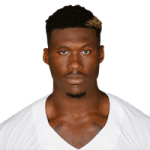 David Irving played a majority of his snaps at the one-technique position last Sunday versus the Green Bay Packers.

While he did have a productive game disrupting the pass, the Packers gunning game seemingly had its way with the Dallas Cowboys front seven. 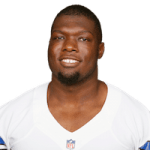 Lewis Neal is currently on the Cowboys' practice squad and had one of the better training camps and preseason of anyone along the team's defensive line.

The rookie from LSU is primarily known for his ability to rush the QB and get into the backfield on a consistent basis. What he needs to do at one-tech is eat up double teams and keep offensive linemen from getting to the second level. That's something we haven't seen him do much. 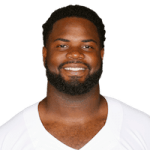 Richard Ash may be the least flashy player, but could potentially be the best man for the job. Ash, at 6-foot-3, 320lbs is a monstrous body in the middle of the defensive line. He does an excellent job of eating double teams and holding his ground at the point of attack.

Ash isn't a flashy player and likely will never see the stat sheet, but he will allow others to have success.

Now when we look at what this defensive line has done so far in the 2017 season, it's clear that they've exceeded most people's expectations when rushing the passer. Through five weeks, the Cowboys are currently sixth in the league in sacks and have the NFL's sack leader in DeMarcus Lawrence.

What they haven't done very well the last few weeks is stop the run, and that's where Stephen Paea will be missed most.

When you look at our three options to take over, Richard Ash makes the most sense. But Lewis Neal will probably help you out in other aspects of the game. It's a tough decision and it's really a 50/50 chance on which decision the team will make, but if it we're me I'd go with Lewis Neal.

The Cowboys have Brian Price to be a space eater, which is exactly what Richard Ash is. They also have David Irving and Maliek Collins who can play one-technique when asked. I think Lewis Neal would upgrade this defensive line in both the run game and the passing game.

Lewis Neal is much more explosive than Brian Price and will probably spend more time in the backfield. Using both Price and Neal at the one-technique will give the Cowboys a fresh set of legs and a different skill set for different parts of the game.

Who do you think is the best fit to fill Stephen Paea's role?