Will This Second-Year Cowboys WR Break Out in 2017?

Entering his second year in the NFL, wide receiver Andy Jones has a chance to be a break out candidate for the Dallas Cowboys in 2017, especially with Terrance Williams and Brice Butler hitting free agency.

The Cowboys signed Jones as an undrafted free agent out of Jacksonville College in Florida after the completion of the 2016 NFL Draft. The small school prospect was given a $15,000 signing bonus, which was the most of any UFAs for the Cowboys.

Andy Jones first started gaining recognition in OTA and minicamp practices after continually making play after play in the passing game. So much so, he was starting to be considered by many to be a lock to make the final 53 man roster.

Unfortunately, Jones' impressive off-season practices didn't carry over to the preseason. He had every opportunity to carry over his hot start, but dropped passes and inconsistent play ended up causing his release by the Cowboys.

After clearing waivers, the Cowboys promptly signed him back to the practice squad, where he spent the entire 2016 season.

Fast forward nearly a year later and Andy Jones has an even better opportunity in front of himself. If he can build upon the way he played in OTA's and minicamp a year ago, he could find himself starting opposite Dez Bryant when the 2017 season kicks off. 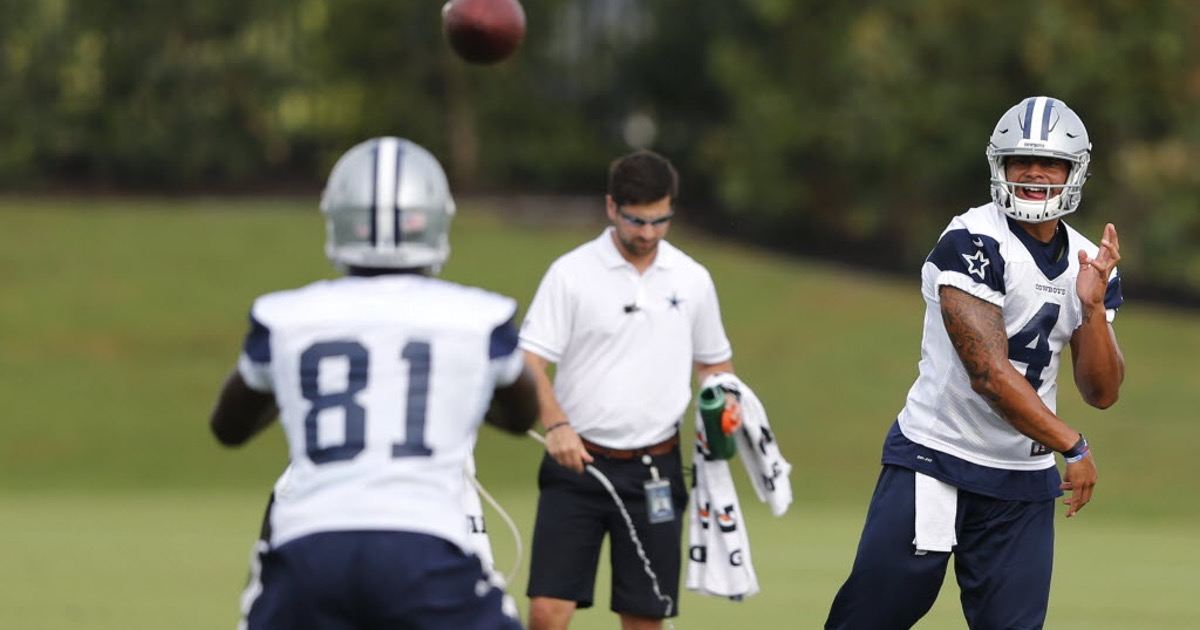 Andy Jones (6'1″, 222) checks nearly all the boxes the Cowboys look for in their wide receivers. Unfortunately, it's going to take more than checking boxes to solidify a roster spot.

Coming from a small school to the NFL might have been too big of a jump for him last year. With a year in the system and time to acclimate to the speed of the NFL, things could be much different for him this season.

Andy Jones has all the physical tools to be successful at the NFL level. It's just a matter him finally putting things together, which usually comes with practice and a little bit of patience.

You may have forgotten, but he ran a 4.53 40 yard dash, posted a 40 1/2 inch vertical, and had a broad jump of 10'7″ at his pro day year ago. So, you can see the athletic ability is there. He just needs to get a firm grasp on the mental side of the game to hopefully bring everything together.

The best way for Jones to get a head start on the 2017 season is to get together with another second-year player, Dak Prescott, and his fellow wide receivers early and often throughout the off-season.

Being able to develop a good working chemistry with the starting QB will go a long ways in giving him an advantage over any other WR the Cowboys decide to add to the roster through free agency or the draft. It could ultimately help decide whether or not he makes the 53 man roster this year or lockdown the #2 WR spot across from Dez Bryant.

Andy Jones might not receive a better opportunity than he has right now to establish himself in the NFL. It is up to him whether or not he takes advantage of it.

The Bucs would sure love to have him if the Cowboys pass on him…again.