There is no denying the Dallas Cowboys offensive line is arguably the best in the NFL. That is in large part due to their three Pro Bowlers, Tyron Smith, Travis Frederick, and Zack Martin. These three players receive the majority of the credit, and rightfully so, but let's not forget how much Doug Free has been able to do during his time with America's Team.

Yes, you read that right. I am actually giving praise to the Cowboys recently retired right tackle.

Everybody tends to forget how solid of a right tackle Doug Free was during his career with the Dallas Cowboys. It really seems as if everybody just wants to dwell on his untimely penalties or how he has regressed the past few seasons. But, I'm starting to think the Cowboys offensive line will miss his presence on the right side in 2017.

You see, now that Doug Free has decided to retire, the Cowboys offensive line now has a whole that needs to be filled at the right tackle position. To further complicate things, Ronald Leary decided to take his talents to the Denver Broncos, which means the organization also has to find a new starting left guard as well.

As a Cowboys fan, if you're not at least a little bit worried about what these changes could mean to the offensive line in 2017, then you're probably not paying attention or know something that I don't.

Now, I'm not going to sit here and say that Doug Free wasn't the weakest link on the offensive line, but the same can probably be said about anybody that has to play with Smith, Frederick, and Martin. They are in a class of their own and it's a rarity to have three such players on the same team.

What I'm trying to get at here is it might not be as easy to replace Doug Free as many of us would like to believe. It's probably going be difficult to find someone who can step in and help duplicate the success this unit has had the past several years. 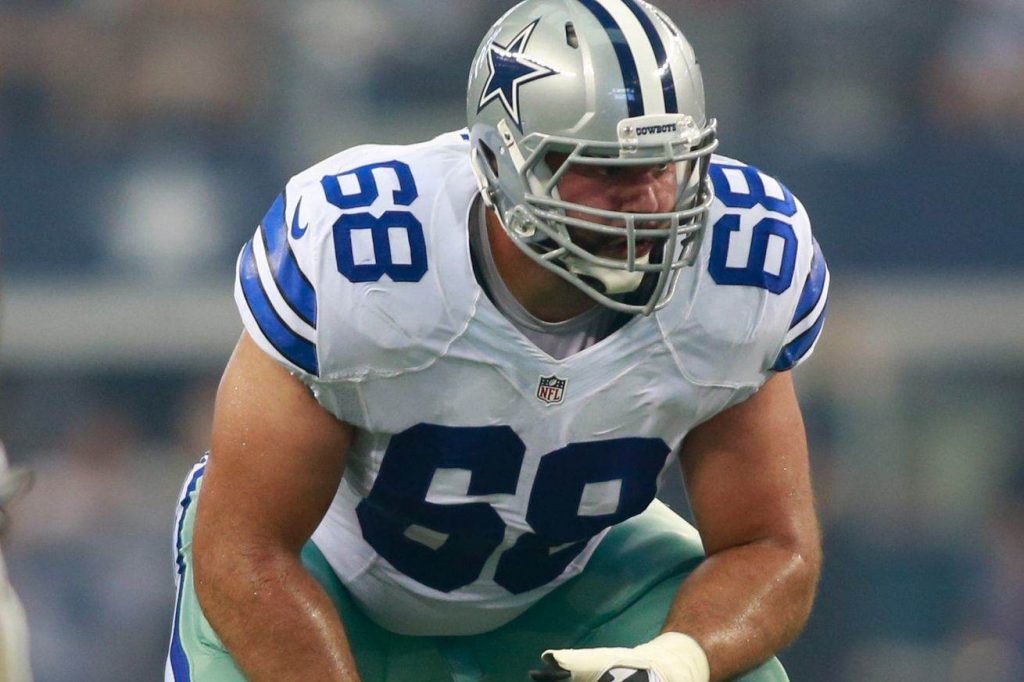 Even though Doug Free might have been declining as a player the past couple of seasons, he has only missed five games as a starter since 2010. That reliability will definitely be missed, especially considering the Cowboys' current options to replace him.

If you take a look at the Cowboys' current roster and their options to play right tackle in 2017, you will noticed one thing. Nearly every player that will be competing for the RT job has had to miss nearly an entire NFL season due to an injury in recent years. That doesn't exactly inspire a lot of confidence the Cowboys offensive line won't take a step back.

Chaz Green as found himself on injured reserve in both of his first two seasons with the Dallas Cowboys since they drafted him in 2015. In the small sample size we saw last year while filling in for the injured Tyron Smith, he looked like a starting NFL tackle. But, he simply can't stay healthy and that's a huge concern for someone you're depending on.

La'el Collins looked to be the starting left guard in 2016, but found himself on injured reserve as well. Now, they're experimenting with him at RT, thus creating a void at LG. I personally think it's best he stays on the inside, but it's understandable the coaching staff wants to get a look at him at right tackle.

The Cowboys also brought in Byron Bell to compete and add depth, but even he missed the entire 2016 season because of injuries. That leaves only Emmett Cleary as the only option without injury concerns, but he's not nearly as talented as the others.

Do you see what I'm getting at now?

I understand the majority of us will be focusing on if the defense will be able to improve throughout the remainder of the off-season, but I think my concerns about the Cowboys' offensive line are justifiable.

Doug Free's reliability, experience, and leadership will certainly be missed in 2017, but we will just have to hope it doesn't have a bad ripple effect on the entire unit.

Do you think the Cowboys' offensive line will miss Doug Free?