The NFL is back! And this time, it really is. Not OTAs, not training camp, not preseason. This time, it’s for real. The NFL regular season is officially back. You know what that means… We get to watch the Dallas Cowboys play actual football this Sunday. 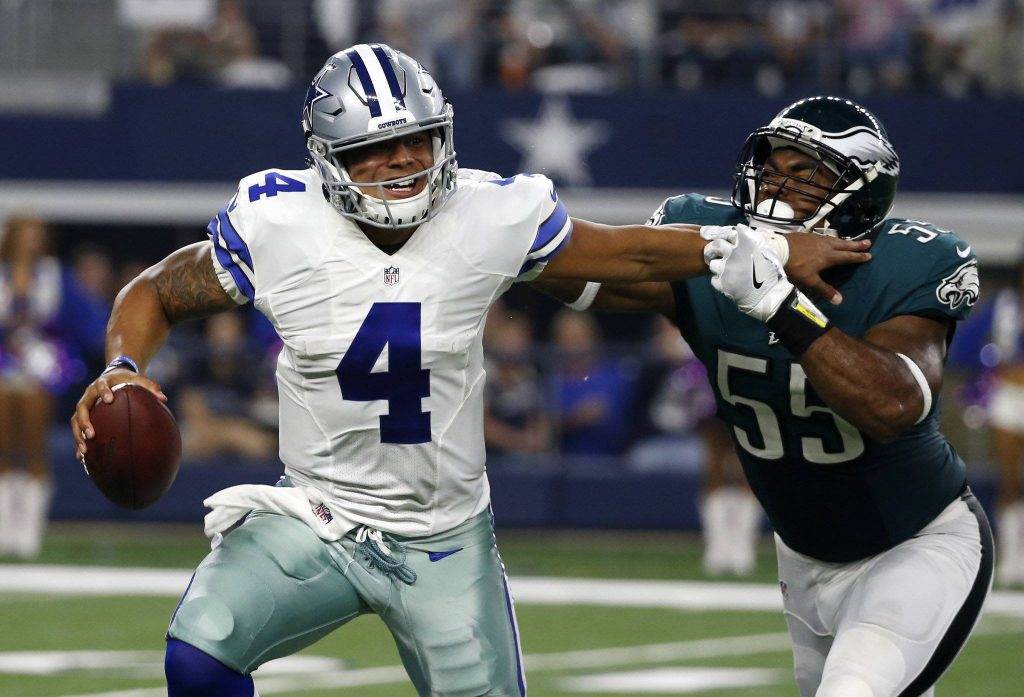 This season, the Cowboys face a very tough schedule. They will have to win tight games in big moments, in big stages, versus big opponents. And even though Ezekiel Elliott picking first downs will be insanely useful, he won’t be the guy.

No, the guy who will win these type of games and lead this team to victory in the toughest adversities will be sophomore quarterback Dak Prescott. For some reason, people seem to believe that the words “sophomore” and “slump” go hand in hand. For Dak Prescott, they don’t.

Dak Prescott will not be a one-year wonder. Dak Prescott is a starter in the NFL and will do nothing but improve during the 2017 season. He will make harder throws, he will read defenses better… he will simply be a better QB than last year.

If this team is going to have success in postseason, it’s going to be thanks to Dak.

I wanted to include this category because MVP was a given to Dak Prescott. Offensive Player of the Year though, brings more discussion. And after thinking long and hard about this, I’m picking Dez Bryant over RB Ezekiel Elliott.

Why? There’re many reasons to believe that this year Dez will have his best season yet.

Dak Prescott and Dez Bryant are coming into the 2017 season with a chemistry they didn’t have during Dak’s rookie season. Dak will throw more than he did last year. Cole Beasley will get Dez open more often as he continues to improve his play as a slot receiver.

The Cowboys offense will be one of the best in the NFL and without a quality defense, controlling the time of possession won’t be enough. They have to be able to go deep often and win the big moments.

If the Cowboys want to beat the Giants instead of losing both match-ups against their division rivals again, then Dez has to step up. Ezekiel Elliott ran for more than 100 yards the last time Dallas played New York. It wasn’t enough. Dez will get open and find the end zone a lot of times this year, making him the Offensive Player of the Year.

Dez Bryant will get himself back in the NFL’s best WR conversation after this season. 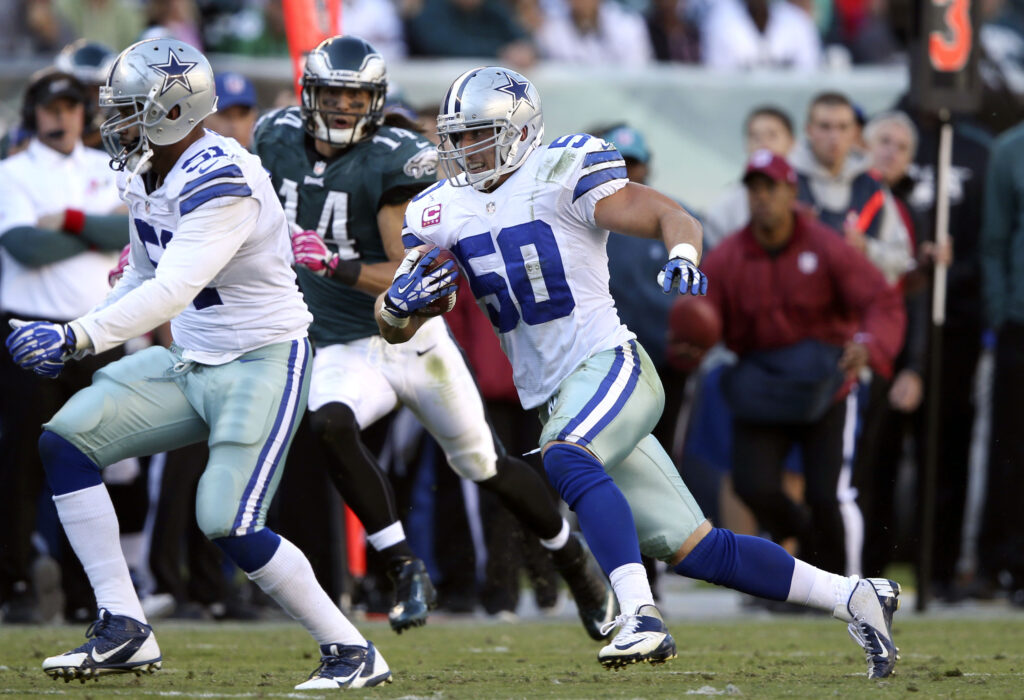 Sean Lee is the one player that the Dallas Cowboys cannot lose to an injury. Without the General on the field, this defense will be in trouble. If, for any reason, Lee misses a game it will be only a matter of time to see this defense crumble to pieces.

With questions on the secondary and the defensive line, the linebackers need to step up. Problem is, we don’t know how Jaylon Smith will handle regular season yet. We don’t know when Hitchens will be back. And we don’t know if Damien Wilson will be suspended yet.

With a lot of question marks on the LB position itself, Sean Lee will not have an easy job.

Lee impacts every aspect of this defense. Running game or passing game, Sean Lee will make stops. With his instincts, Sean Lee will not only lead this team in tackles one more time, but he will be the Defensive Player of the Year for this team.

Ryan Switzer will be such an exciting player to watch, but with the talent that this team has at the WR position, I’m not sure of how much he can impact this team’s success this year. Jourdan Lewis will undoubtedly be a good defender for this team, but with some health question marks, I think Awuzie has the better chance to be this team’s Rookie of the Year.

Chidobe Awuzie is a versatile player that has a lot of improvement to do. I still expect him to be an important contributor to this Cowboys’ defense. With Scandrick apparently back to his old self, I think we’ll see more of Awuzie playing outside than we originally thought.

The Dallas Cowboys are Super Bowl contenders. And if they’re looking for a sixth championship, they better get some takeaways… Chidobe Awuzie will do just that.

The Dallas Cowboys have a very talented roster, and there are a lot of players who could surprise us by stepping up this year. This week’s game versus the New York Giants will tell us a lot of things we need to know, especially how Dak will do. For now, let’s hope the ‘Boys get that W to start the season… Go Cowboys.

Tell me what you think about “Who Will Be This Year’s Dallas Cowboys Players of the Year?” in the comments below, or tweet me @MauNFL and let’s talk football! If you like football and are looking for a Dallas Cowboys show in Spanish, don’t miss my weekly Facebook Live! show, Primero Cowboys!