Since Stephen Jones and Will McClay have effectively took over the player, personnel, and scouting elements of the Dallas Cowboys, their philosophy on free agency has been simple.

Since getting burned by cornerback Brandon Carr’s huge contract in 2012, the Cowboys have steered cleared of big money free agents and have done their best to go bargain shopping during the free agency period.

Last offseason, the Cowboys did the same when signing defensive tackle Cedric Thornton. The former Philadelphia Eagles lineman was an effective and productive player from 2013-2015, but saw that production fall off considerably with the Cowboys in 2016.

Pro Football Focus shared their year-by-year grades of Thornton this week, showing that he played well below his own standards last season. Of course, you always take these grades with a grain of salt, but anyone who was paying attention could see Thornton didn’t perform as well as we’d hoped.

It is easy to point to the lack of defensive line talent around him as the reason for the drop off, considering he played with Fletcher Cox and Brandon Graham in Philly, but there is more to it.

A 2-gap defender for the Eagles, Thornton had to adjust to a new 4-3 scheme in Dallas. Based off his performance, he clearly struggled with the adjustment. This is exactly why it is dangerous to project players into new roles through both free agency and the draft, and why the Cowboys went with more “sure things” on draft day this year. 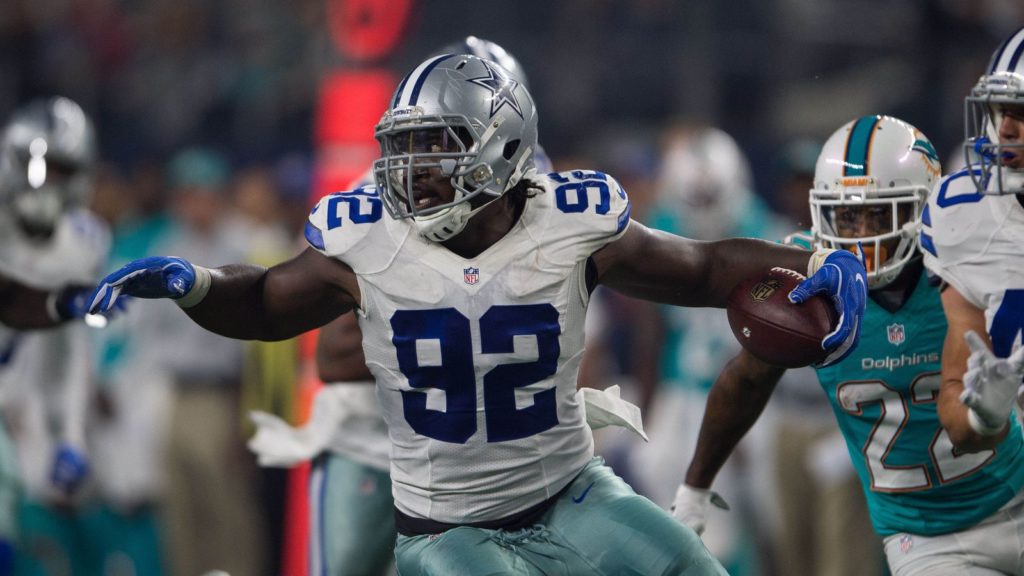 There is hope for Thornton to re-gain his Philadelphia-self, however. Buried on the depth chart by Terrell McClain in 2016, Thornton is now the front-runner to start next to second year tackle Maliek Collins this season.

Stephen Paea may provide some competition. but when you consider the money the Cowboys owe Thornton, you’d have to hope he can win that job.

Cedric Thornton will also be entering his second year in this Rod Marinelli defense. Maybe with increased comfortability in the scheme and surroundings, increased production will come. Regardless, Thornton is one of many x-factors on this defense for the 2017 season.

If he can re-gain his Philadelphia form, and fellow defensive lineman David Irving can become more consistent in his own play, this defensive line can become a strength on the defense. With a younger secondary behind them, each defensive linemen in the rotation will need to be ready to step up in big moments this season.

If each can play to their potential, a defensive line of Taco Charlton, Maliek Collins, Cedric Thornton, and David Irving could be very effective.