Last night, the National Hockey League held their expansion draft to welcome their 31st franchise – the Vegas Golden Knights. With football always on my mind, I immediately started thinking of the Dallas Cowboys’ that are most important to this team’s future – as Vegas picked through every team’s roster to take players that were unprotected.

Rookies and second-year players did not need additional protection by their clubs, meaning that in a hypothetical NFL expansion draft following these same rules the Cowboys’ core would remain mostly intact.

Thanks to Will McClay and Dallas’ front office, franchise players like Dak Prescott and Ezekiel Elliott won’t have to worry about removing the star from their helmet in this scenario. Instead, here is the list of protected Cowboys I came up with – again using the NHL rule of seven protected offensive players, three defenders, and a goalkeeper (which will be a specialist here). 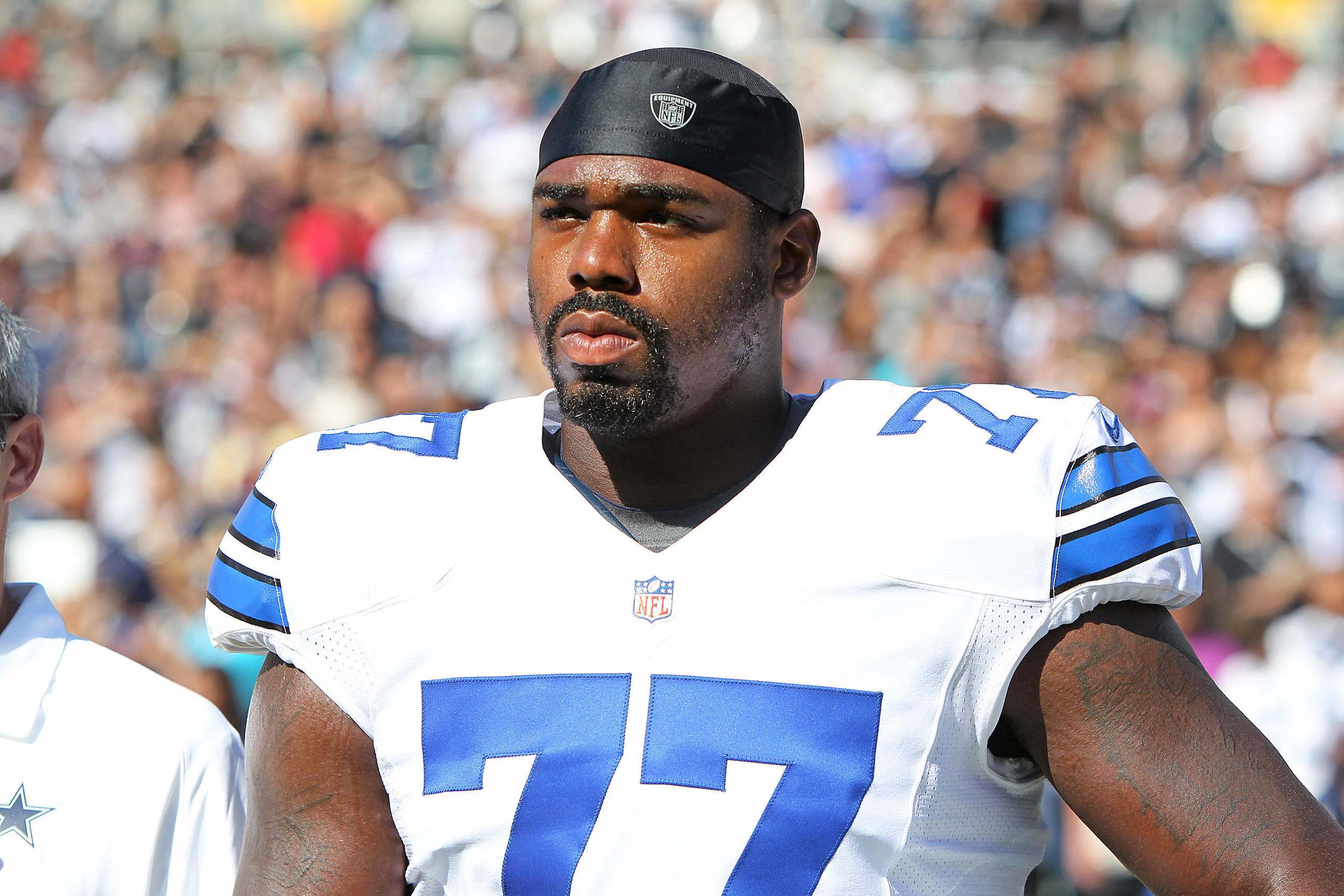 Franchise left tackles are hard to come by, unless you’re the Dallas Cowboys. Tyron Smith is already by far the best in the game, especially important to the Cowboys considering he signaled the beginning of their process in building the league’s best offensive line.

(Spoiler alert: Measures will be taken to keep this offensive line together further down this list)

Aside from finding a franchise QB, hitting on a top pass rusher is the second hardest thing to do in building a NFL roster. Cowboys Nation knows all too well what this struggle is like, but fortunately their All-Pro left tackle makes mitigating any defensive end thrown his way much easier than it possibly should.

Remember when Travis Frederick was one of the worst picks of the 2013 NFL Draft, as the Cowboys’ 31st overall pick? Four years later, one of the smartest and toughest players in the league has represented America’s Team in three Pro Bowls and been named an All-Pro.

Protecting Frederick, like Smith, is simply a must in maintaining the Cowboys’ integrity – which starts with their star-studded offensive line, in this case at the center.

The best guard in the NFL, Zack Martin is about to get paid what he deserves by the Cowboys. Putting him on this protected list ensures that he could remain with Dallas in an expansion draft situation, and is as necessary a move as any team with a player of Martin’s caliber should make.

The last of Dallas’ offensive linemen I chose to protect, La’el Collins obviously does not have the accolades or experience that Smith, Frederick, and Martin do – making up for it with more than enough upside to warrant protection.

With Dak Prescott and Ezekiel Elliott ineligible to be on this list, it is imperative to protect as many of the blockers that make them successful as possible, making Collins a needed member of this list as he will be transitioning to right tackle in 2017.

Collins was a first round prospect as a tackle out of LSU, and has already flashed immense talent at guard with the Cowboys, making his long-term projection with Dallas critically important to sustain. 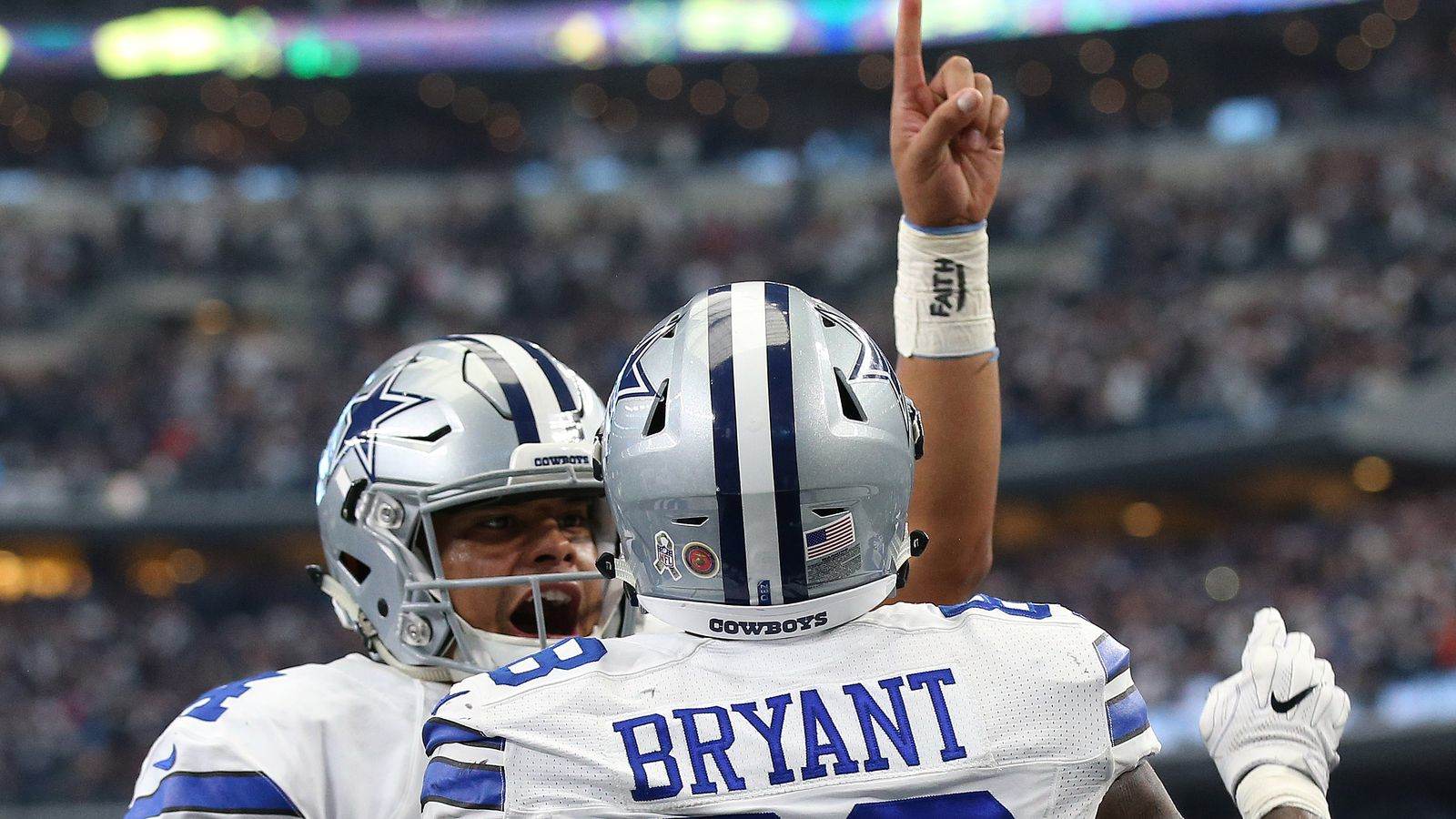 As if being this team’s top WR wasn’t enough to earn protection, Dez Bryant put up elite numbers down the stretch of his first season with Dak Prescott as his QB. The Cowboys’ running game, and offensive continuity as a whole, expects to be even better in 2017 – meaning Dez Bryant could see a return to his healthy 2014 form that resulted in 1,320 yards and 16 touchdowns.

Bryant is also regarded by plenty as the heart and soul to this team, and is understandably a fan-favorite player that shouldn’t be objected to having to leave the Cowboys in any expansion draft.

Protecting Witten may come as a surprise to some considering his age, but with the offensive line, quarterback, running back, and top receiver in place, it only makes sense to retain Jason Witten on his quest for that elusive Super Bowl with the Cowboys.

Any expansion team would love to add Witten’s veteran presence, making it more important to secure his future in Dallas.

Aside from Witten, the Cowboys’ depth chart at TE is full of uncertainty at the moment, and they certainly don’t have another player at the position worthy of expansion draft protection.

While now-protected TE Jason Witten was a security blanket for Tony Romo throughout his career, Cole Beasley was that type of target for Dak in his rookie year. With a career high in receptions and yards, Beasley is an invaluable part of Scott Linehan’s offense predicated on creating mismatches across the field.

The Cowboys also drafted Ryan Switzer in the fourth round this year, an electrifying rookie that has received Beasley’s reps as a similar player through OTAs, meaning that protecting Beasley keeps the dream of pairing these two slot WRs together a reality. 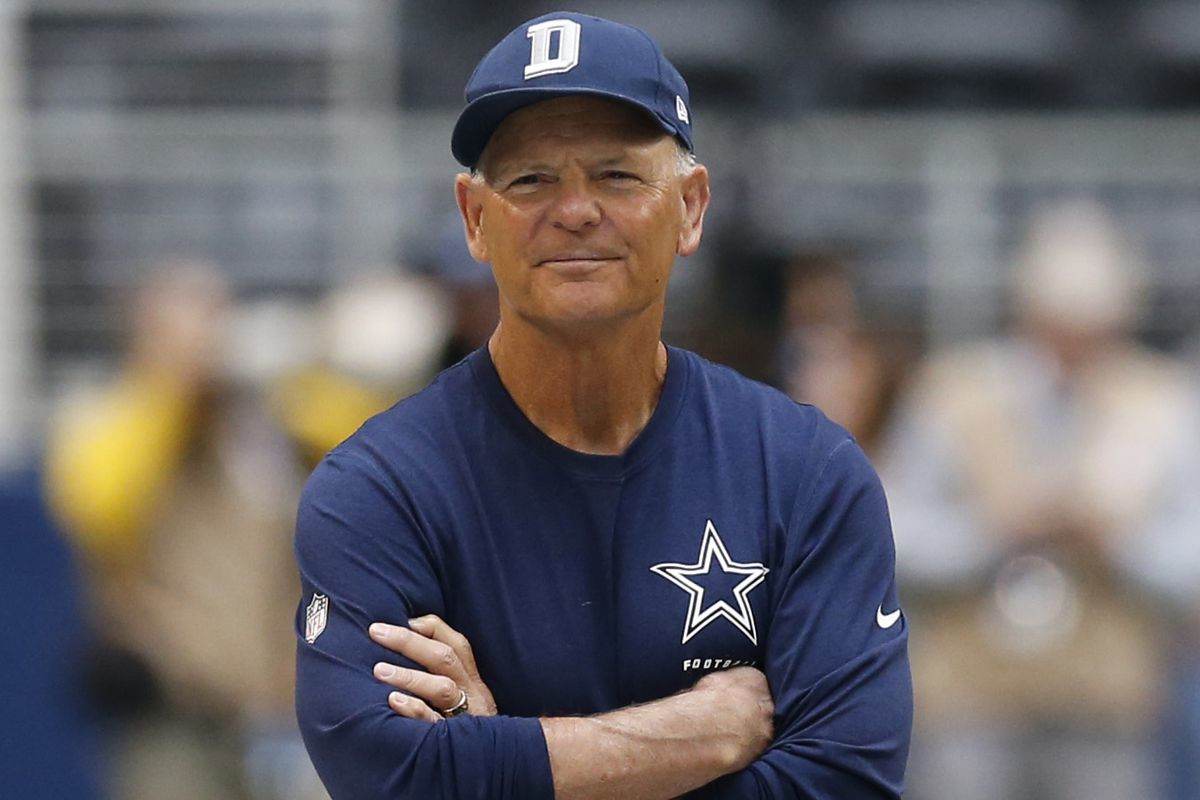 Fortunately, with only three spots to protect defensive players with, the Cowboys’ class of rookie defenders along with promising 2016 picks like Maliek Collins, Anthony Brown, and Jaylon Smith are already protected.

What makes this trio interesting still is that there aren’t many normal “veterans” to hold onto along with these young players on Rod Marinelli’s defense, instead enough potential in some developing stars to warrant building around for the future.

Byron Jones has just two full years of experience at a variety of positions in Dallas’ secondary, but suddenly finds himself as a necessary leader for this unit. Jones has made more and more plays on the ball with every game experience he gets, and means so much to the Cowboys’ defensive identity.

Byron Jones’ ceiling over the coming years in a new-look secondary for the Cowboys is best seen in the silver and blue, meaning he gets protected.

What does it say about the state of the Dallas Cowboys’ defensive line that David Irving – facing a suspension for the first four games of 2017 – is the player that likely deserves protection the most.

With Taco Charlton already safe, Irving’s age paired with his upside as a steal from the Chiefs in 2015 have been on full display at both DT and DE with the Cowboys. Defensive Coordinator Rod Marinelli prides himself on being able to develop any level of talent along his line, and David Irving is one of the few players in recent memory that has shown any form of quick development potential.

Linebacker Sean Lee has played in 14 and 15 games respectively over his last two seasons, shaking the “injury prone” label that may have caused the only sliver of doubt when it comes to protecting his future with the team.

Jaylon Smith’s future is unfortunately still an uncertainty at the LB position, leaving Lee as the only experienced, sure thing this unit has to lead by example and make big plays.

In place of the goaltender spot for NHL teams in their expansion draft, I decided to let the Cowboys specifically protect one of their specialists. This three-man unit has been one of the best and most consistent as of late, with K Dan Bailey, P Chris Jones, and LS L.P. Ladouceur all consistently doing their job at a high level.

When it comes down to it, Bailey is the only Dallas specialist that puts points on the board. An extension of the offense, Bailey is 21 of 29 from 50 or more yards in his career and is the team’s career leader in made field goals.

An undrafted success story, the Cowboys shuffled through some kickers before settling in with Bailey in 2011 – a process they do not have to go through again anytime soon.

It is truly amazing how well off the Cowboys appear on paper when you go through the exercise of protecting their future like all NHL teams were asked to do recently. Tough decisions had to be made on both sides of the ball, but the 11 players retained above paired with the already protected first and second year guys keep the Cowboys near the top of contenders in the NFL.

Best of luck, expansion NFL teams. You’re going to have to get through Dallas.

Tell us what you think about “Cowboys Expansion Draft: Protecting America’s Team’s Future” in the comments below. You can also email me at Sean.Martin@InsideTheStar.com, or Tweet to me at @SeanMartinNFL!