The Cowboys came out of the 2017 NFL Draft with three cornerbacks to replace the departed Morris Claiborne and Brandon Carr, and safety Xavier Woods to ease the loss of both J.J. Wilcox and Barry Church. While the moves at cornerback were expected – a positive sign that Dallas evaluated their own roster well and saw the need to turn over the thin CB depth chart – the Cowboys may have put themselves in a tough spot at safety entering training camp.

The Cowboys were at their best in the secondary last season with a three-safety rotation, featuring both departed veterans mentioned above. This is good news for a long list of names at the position that will battle for two spots instead of one, since Byron Jones is already locked into a starting FS role.

However, the inside track on the starting spot next to Jones seems to belong to Cowboys Nation's Representative of Texas Jeff Heath. Once thought of as a perfect rotational safety, Heath could prove impossible to take off the field very soon as he'll get expanded snaps in an effort to consistently showoff his range and knack for the football. 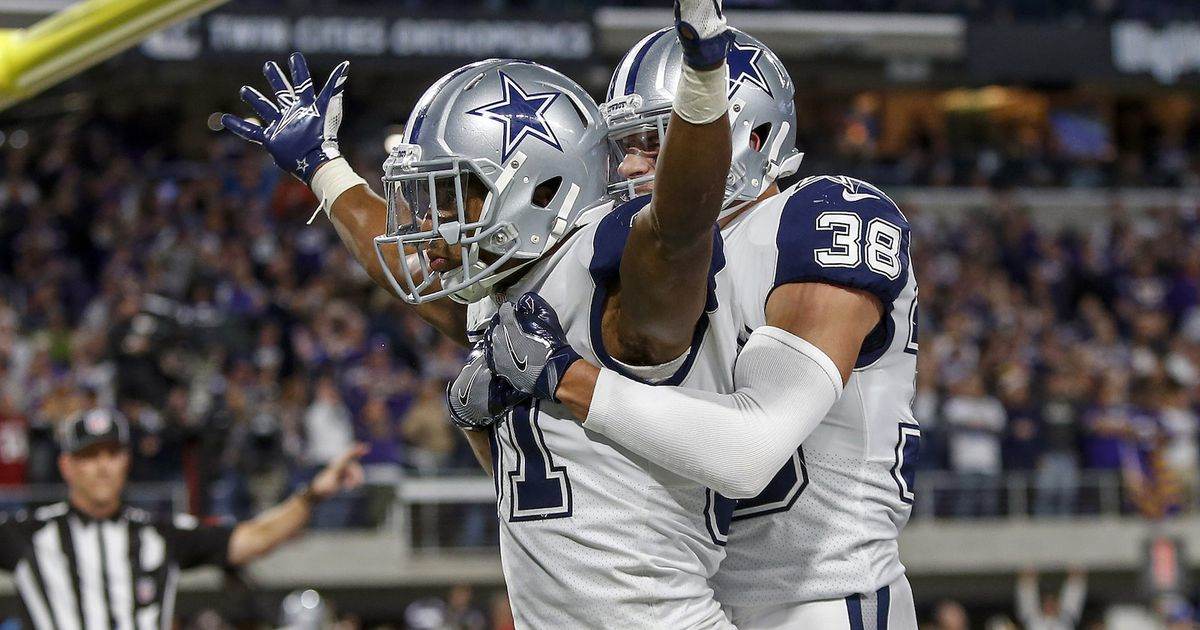 Jones himself said much earlier in the offseason that having Heath next to him is “awesome” with the two “making plays”, doubling down on these comments by adding on NFL Network recently:

“We still have two good veterans in Jeff Heath and Orlando Scandrick, but as a third year guy I have to start stepping up with the young guys”

Not only is Byron Jones understanding of the magnitude his third season will have on the Cowboys' secondary play this season, but he wants to work alongside Jeff Heath to lead this unit.

If Heath becomes an every down player, the third safety role could be filled by some relatively high-profile names when it comes to the more limited snaps they'd receive. Second-year player Kavon Frazier suddenly has pressure on him to show development in 2017 despite getting virtually no reps as a rookie, and if they come in a more reserved role its difficult to project if he'll show enough.

Rookies Xavier Woods and even Chidobe Awuzie could also play behind Heath in 2017, which would limit not only the Cowboys 60th overall pick but a player they traded a future selection for too in Woods. Woods, a sixth round selection out of Louisiana Tech, is actually an ideal third safety – but even this niche role can't be handed to him yet thanks to Heath rising to “starter status”.

Lastly, the Cowboys also felt the need to sign veteran Robert Blanton at safety before the draft. Blanton is a good, steady veteran to have working with the team – on a one-year deal and thus not carrying much burden for the Cowboys to keep him. If younger players shine over the 28-year-old Blanton, it is far from the worst thing possible for Dallas.

Even still, there is no reason to think that Jeff Heath and Byron Jones won't be this team's best duo on the back end this season. Figuring out what exactly this means for the rest of the Cowboys' safeties, a few of which brought in because of initial uncertainty with Heath's role, is going to be fascinating over the coming months though.

It is very likely that some tough decisions are going to have to be made about young players with potential at safety for the Cowboys to crunch the numbers on this roster, all because of Jeff Heath. Who would have ever thought that was possible a few seasons ago?