One of the positions the Dallas Cowboys could go through the most change at this offseason is safety, with Barry Church and J.J. Wilcox both set to hit free agency. Byron Jones is a long-term, first-round talent at the position – as he’ll enter 2017 playing strictly safety for just the second season. The depth around Jones is best described as intriguing. This is also a word I would use to describe 2017 NFL Draft prospect Budda Baker, a somewhat raw but skilled safety out of Washington.

Finding Byron Jones a long-term partner in the secondary could be a priority for the Cowboys in the coming months. As mentioned their depth does include proven role players like Jeff Heath as well as 2016 draft pick Kavon Frazier.

If looking to add more young talent at the safety position in the 2017 Draft, the Dallas Cowboys should consider Budda Baker, primarily because of his ability to act as an “enforcer” in run defense with some of the traits on tape to develop as a plus pass defender at both deep safety and Nickel cornerback.

At his best, Budda Baker is an energetic, spark plug type of safety that diagnoses situations a step ahead of any other defenders…

This film clip and quote comes from my full scouting report on Washington’s Budda Baker at Slant Sports. The Cowboys were already the best team in the league in 2016 when it comes to rushing yards allowed per game defensively, and adding another willing tackler like Baker in the back end could have incredible results.

As a firm believer in the draft philosophy that, if a team feels they are set at a position, add another top talent to it, the Cowboys could prioritize re-signing J.J. Wilcox – who projects similarly to Baker and took huge strides in his further development at safety in 2016 at just 26 years old.

As a deep safety, Baker displays an above average understanding of the route concepts in front of him, and can burst to the ball better than most safeties in this draft.

Cowboys Nation would have good reason to be excited about another year of Jones, Wilcox, Heath, and potentially Frazier at safety, but rotating Budda Baker into this mix would allow Rod Marinelli all the more flexibility defensively.

I prefer Baker as a NFL prospect primarily at safety, and don’t see the fluid athleticism for him to excel at corner – not taking into account the mental rigor of exposing a young player to multiple positions as they adjust to the next level game speed.

Baker will only develop mentally with the upside to use his instincts on day one and make a difference at safety.

With the combination of upside, athleticism, and versatility to go with the fact that Baker would walk into an ideal situation at safety with the Dallas Cowboys, the possibilities are truly endless when it comes to scheming Baker opportunities to make an impact as a rookie.

The Washington Huskies used him on every level of their defense, including blitzes like these that he was very raw in executing. When Baker has a chance to finish at the football though, he does it with emphatic results. 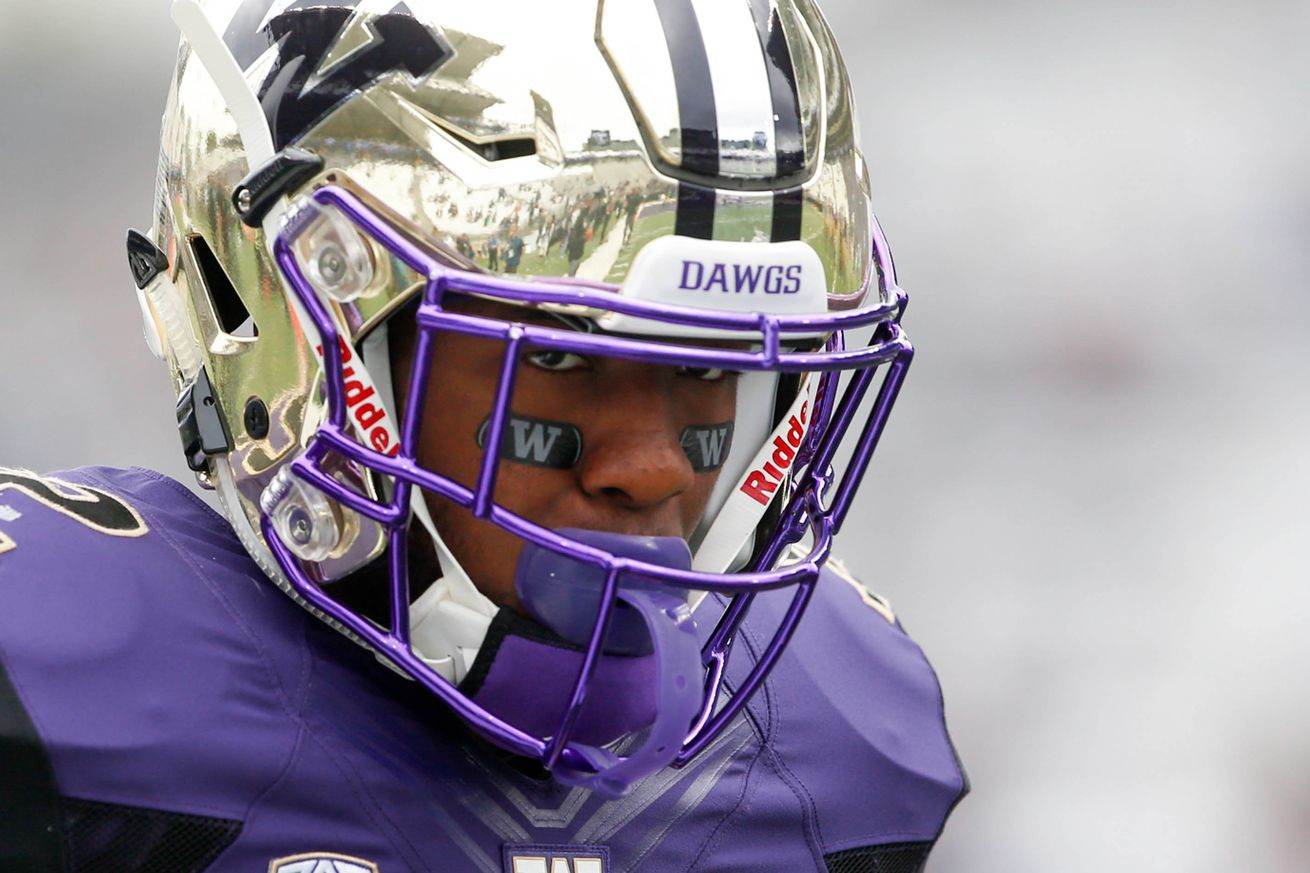 When a play calls for Budda Baker to carry a route across the field from the safety position, he will often lose contact with his man either towards the sideline or breaking into the middle. This stems from his unwillingness to embrace any contact…

While I found plenty of flaws in Budda Baker’s game, the traits that scouts look for are all there to draft Baker into a system where he can succeed. His physical size is something working against him, and he’ll lose jump ball situations in the air, but the way Dallas runs their deep coverages Baker should rarely be asked to win in single coverage as a safety.

I do think that a NFL team with a clear vision for him is going to get a quality starter early in this 2017 NFL Draft.

The defensive talent in the 2017 NFL Draft is loaded throughout, but the idea of a premier edge rusher falling into the Cowboys’ lap at 28 is becoming less realistic by the day as we approach the Combine. Defensive end will still be a consideration at the end of the first round, as it should be, but the Cowboys will likely already be drafting a player off of their board with a second round grade  – which is precisely where I have safety Budda Baker on my 2017 NFL Draft Board.

Fellow Inside The Star Staff Writer Brian Martin noted that the Cowboys have targeted collegiate players coached by Chris Petersen before, the current Head Coach at Washington, and Budda Baker could top this list at safety on the all-important board being built as I write this from deep within The Star.

Tell us what you think about “Dallas Cowboys 2017 NFL Draft Target: Safety Budda Baker” in the comments below. You can also email me at Sean.Martin@InsideTheStar.com, or Tweet to me at @SeanMartinNFL!