The Dallas Cowboys have drafted another wide receiver, and just their second offensive player of the 2017 NFL Draft, selecting Ohio State's Noah Brown with the 239th pick in the seventh round – their second of three picks in the round.

Brown's best trait by far is his blocking ability, which is essential for Scott Linehan's offense built around this league-best offensive line and RB Ezekiel Elliott. More specifically, WR Coach Derek Dooley discussed the blocking ability of his receivers on The Draft Show following Ryan Switzer's selection in the fourth round.

Noah Brown can also make the most of his touches out wide with strong hands and a large catch radius, showing some explosive ability downfield after the catch.

While he may not have the elite testing numbers that others prospects in Ohio State's offense have entered the NFL with, Brown is a smart player that looks the part of a WR that can compete for his chance with America's Team.

Ezekiel Elliott's former teammate will look to do just that in a crowded WR room for Dallas.

Big & physical and great blocker. Possession not deep WR. Has the misfortune of going to a team with 4 WR slots taken, and also the 5th if Ryan Switzer is as advertised as a PR. (Unlucky Whitehead ;^)

Brown will need to have a strong camp, then survive waivers to live for another day on the practice squad. However there are open questions at TE, and if a run of injuries Brown might be called up for spot duty there. While small for TE, I think he could both catch and block. It’s not impossible he’d bulk up and be competing in 2018 camp at TE also.

Can Brown replace Brice Butler and his Blunders? They say Noah has a good grasp of the game. Brice has speed, but how fast is Terrance? Noah is 6’2″ – 220. Can Terrance do Butler’s job? Can Noah do Terrance’s job? If Brown is like Des only thicker, then isn’t that tough to cover, as in 50/50 balls. Noah would also be nice in the red zone. Plus he is a great blocker, which is something Brice isn’t. All I can say – this is going to be a great camp. 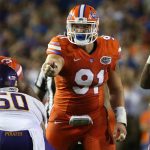 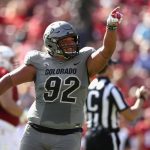