Like the rest of the league, the Dallas Cowboys head into next week's 2021 NFL Draft with various wants and needs for the roster. Unfortunately, much of their issues stem from question marks that remain swirling around their 2018 draft class. How are these players, nearing the end of their rookie contracts, affecting the team's draft strategy now?

For your reference, here's a quick recap of the talent haul from 2018:

The class of 2018 is far from a bust. The Cowboys have gotten good work at times out of everyone taken in the first four rounds, and of course a bonafide stud in Michael Gallup. We've seen far worse draft classes than this one in franchise history.

The problem now though is that even the guys who are still here and playing significant roles like Vander Esch and Williams haven't established themselves as long-term assets. To a lesser extent the same applies to Armstrong and Schultz.

And while he's clearly proven his worth, Gallup presents a different problem as he's probably priced himself out of Dallas' range for 2022 free agency. That leaves the team having to factor his likely departure into their current draft strategy.

This has left positions like linebacker, guard, defensive end, and tight end as legitimate considerations for premium picks. While the 1st-round pick is probably going toward a cornerback or offensive tackle (or a certain Florida TE with exceptional athletic skills), these other spots all come into the conversation as soon as the 2nd Round.

Certainly, there are other factors at work than just these 2018 players. The LB issue is compounded by Jaylon Smith's struggles. Concerns about LG aren't just about Williams but also having yet to see much of Connor McGovern.

The thoughts around Kyle Pitts at TE are as much about uncertainty around Blake Jarwin as they are Schultz. The notion of drafting Pitts in the 1st Round is also heavily influenced by Gallup's potential exit and the need to that offensive firepower as soon as 2022.

You'd like to see someone like Dorance Armstrong stepping up and replacing Aldon Smith in your DE rotation, or at least providing reliable depth. Instead, Dallas had to go sign Tarell Basham and many are clamoring for Bradlee Anae or Ron'Dell Carter to get more opportunities over Dorance.

The potential catch-22 here is that if these guys do have breakout seasons coming up, like Michael Gallup already has, then they still may not be helping you in 2022 because of getting lucrative offers in next year's free agency. Whether it's by not wanting to bring them back or not being able to afford it, the Cowboys could be in the same spot either way.

Even the back end of the 2018 draft is affecting the team now. Dallas spent a 5th-rounder to try to develop a backup quarterback but Mike White didn't even last two years. Even the guy they dumped him for, Clayton Thorson, isn't here competing for the job now.

The lack of depth at LB right now is a big factor heading into the 2021 draft; something you would've hoped 6th-round pick Chris Covington would've helped with. And while he's emerged as a capable rotation WR and return specialist, Cedrick Wilson will also be an unrestricted free agent next year.

Sum it all up and you've got three starters and three more key roleplayers from the 2018 class who you can't be sure yet will be getting second contracts after 2021. Plus you have ongoing depth concerns at quarterback and linebacker which could've been helped by late-round picks that year but weren't.

This is why Bill Parcells' old “three-year rule” has become all the more important over time. When you're not sure about these guys after their third seasons, it starts to really put their long-term futures with the club into question when they now have expiring contracts.

As we're seeing in 2021, those lingering questions can start creating additional concerns for your offseason. It could force the Cowboys to spend another draft pick at a position that, ideally, one of our 2018 picks should've already resolved.

The writer simply, misses the reality of the current NFL.
Most teams replace about 25% of their roster every year. Teams have about 10-15 key players they bring back the next year and the others are interchangeable. And, those 10-15 change every few years.
For the Boys, Lawrence is the ONLY starter player from 2015 on defense.
On offense, from the 2015 season, there are TWO players.
Unless you are the franchise QB, NFL is a ONE year league…you rebuild every year.

Siempre- ordinarily that might be true, but the Buccaneers are bringing back their ENTIRE starting lineup. The first time that has ever been done I think in the modern day era.

Wonder how much the GOAT influenced the selflessness required to make that happen. Brady has been taking less money for years. His influence and cache has most likely led to many players signing/resigning with his team(s). Who wouldn’t wanna say they played with the GOAT. 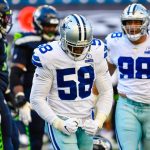 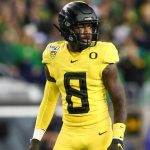