After an exciting Wild Card weekend eight teams remain in the 2020 NFL Playoffs. Now the Chiefs and Packers have entered the fray after their first-round bye weeks, so how will these Divisional Round games go to set up the conference championships?

Last week gave us two big upsets as road underdogs in the Cleveland Browns and Los Angeles Rams knocked longtime rivals, the Pittsburgh Steelers and Seattle Seahawks, out of the playoffs. The Baltimore Ravens and Tampa Bay Buccaneers also advanced despite playing on the road, but neither outcome was surprising (especially the one in Washington).

Four road winners out of six games last week; potentially a sign of how unpredictable things could be today and tomorrow in the Divisional Round. Home field advantage definitely doesn’t mean what it used to with the absence of fans during the pandemic.

Still, the home teams this weekend will be a cut above now that Green Bay and Kansas City are involved. So let’s look at each game and see what we think. 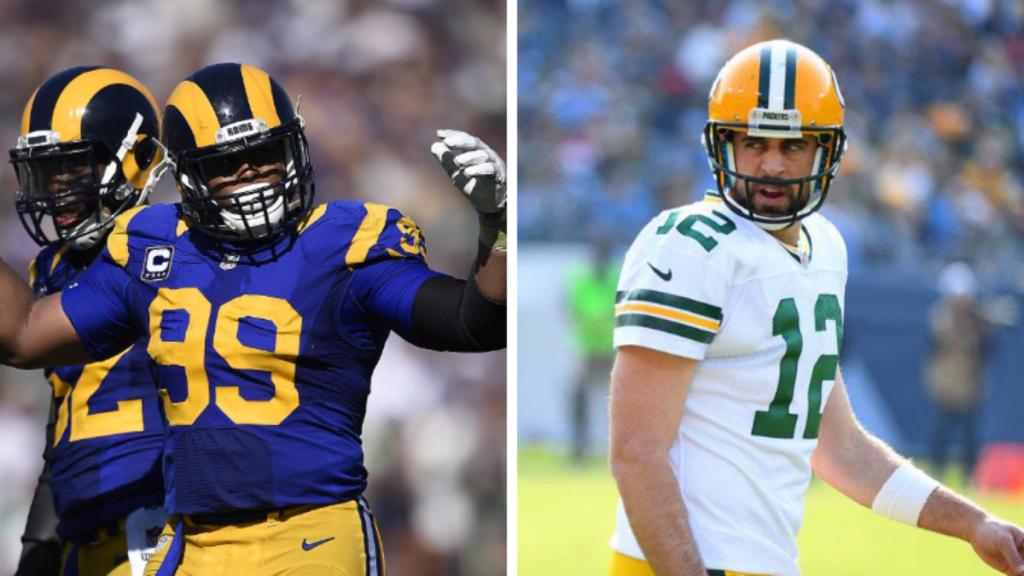 The Rams took advantage of a rough day from Russell Wilson and the Seahawks’ weak defense to advance as a wild card into the next round. Their reward is going to Lambeau to take on Aaron Rodgers and the top-seeded Packers after a week’s rest.

History has shown us that the playoff bye week doesn’t always treat teams kindly. The potential loss of momentum or rhythm has caused many number-one seeds to see an untimely end to their postseasons.

The Packers finished the regular season with the 5th-best offense and 9th-best defense in the NFL. Aaron Rodgers was the top-rated passer in the league and reestablished himself as one of the elite with a ridiculous 48 TDs to only five interceptions all year.

The Rams boast the NFL’s top defense in 2020 but had a soft schedule overall. The last time they played a team on the Packers’ level was Week 3 against the Buffalo Bills, though they did make that a close game on the road.

Rodgers has a long history of handling business in his first playoff game of the year. While Aaron Donald and the LA defense will certainly give him trouble, this season feels like a renaissance for the Packers QB and it’s hard to see him being outdueled by Jared Goff on a cold Green Bay afternoon. 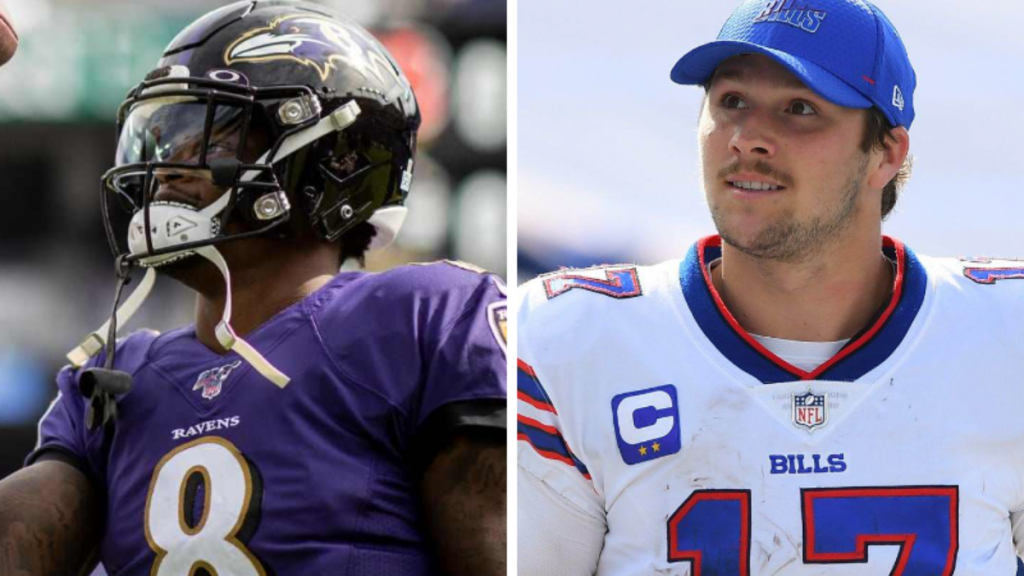 Two of the top AFC teams face off tonight with the 11-5 Ravens visiting the 13-3 Bills. This game also features two of the most exciting young quarterbacks going in Lamar Jackson and Josh Allen.

Baltimore comes in after their most impressive win so far this season, a road victory over the Tennessee Titans in the Wild Card Round. The Ravens’ 11-5 record would have been good enough to win a division many seasons but they were just short of the Pittsburgh Steelers in the AFC North.

However, there could be some fool’s gold in those 11 wins.  While Baltimore did a great job of beating up on the NFC East and other weak competition on their schedule, they came up short twice against Pittsburgh and had other losses to the Chiefs, Titans, and Patriots during the season. A Week 9 win over the Colts was their only significant victory until last week.

Buffalo was dominant throughout the regular season and reestablished that in last week’s tough playoff win over the Colts. But they haven’t had much tough competition over the last few months and definitely haven’t dealt with a QB like Jackson recently.

In fact, the Bills’ last loss was in Week 10 to Kyler Murray’s Arizona Cardinals.

Still, Buffalo’s defense has to deal with Josh Allen every week in practice. He may not be as dynamic as Jackson but he is a dangerous runner and the Bills won’t be blindsided by Lamar’s skill set.

This one should be a lot of fun but I like Buffalo’s proven mettle against tougher competition. They’ve been a team on the rise for a few years and this feels like the next step in their evolution. 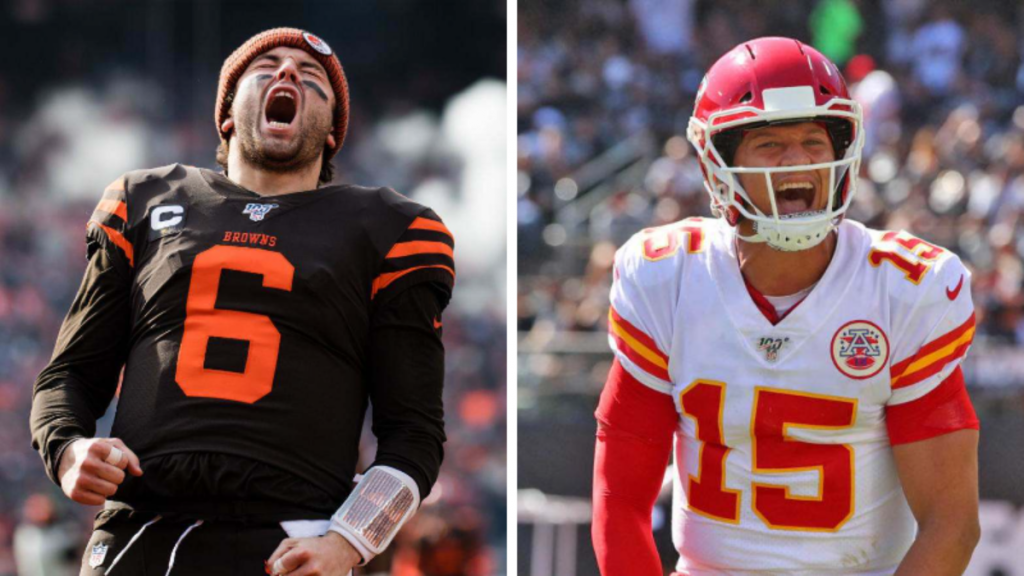 The last thing I want to do is doubt the Browns after what they pulled off last week but this just sets up as a classic letdown game. Cleveland pulled off the biggest win in their franchise’s modern history last week but now the competition is about amp up significantly.

The Chiefs are a far different beast from the Steelers. Pittsburgh was already showing signs of decay in the regular season and managed to win the division based on their hot start and a weak schedule in November and December.

Meanwhile, Kansas City remained firmly on top of the AFC and the league in general with its 14-2 record. Patrick Mahomes is still a phenom and reigning champs don’t appear to have lost a step from last year.

Sure, there’s a reason why repeat Super Bowl winners are rare in the NFL. But Kansas City looks as well-positioned to accomplish that feat as any team has in recent history.

There’s a lot to like about the Browns as a feelgood story and the rise of Baker Mayfield into a true leader. While I think they will prove that 2020 wasn’t a flash in the pan for their competitiveness, I just can’t see them upsetting the juggernaut that is the Kansas City Chiefs.

Also, Andy Reid is one of the NFL’s all-time best coaches after a bye week. He’s 19-3 in regular seasons and 5-2 in the playoffs after a week off. 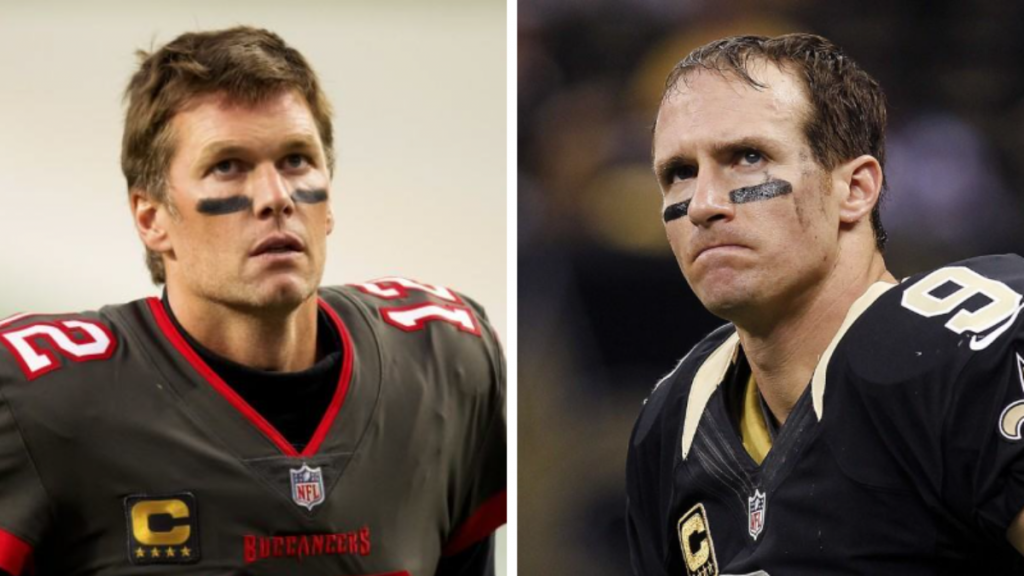 “Brady vs. Brees” is a matchup that we haven’t been able to see nearly enough through the years. Tom and Drew have typically dwelled in different conferences and never met in a Super Bowl.

Now we get to see these two iconic quarterbacks, in what could be the final seasons for both, battling it out for a chance to advance and compete for one last championship. But it will be the other 85-90 players involved that will likely decide this outcome and that should work in New Orleans’ favor tomorrow.

The Saints have been very strong all season. Two of their four losses were to the Chiefs and Packers and one other was against the Eagles while Brees was injured. They’ve beaten the Buccaneers twice this season and neither game was even that close.

The Bucs has an impressive win over the Packers in Week 6 but have generally been a bully to average and worse teams all season. Even their playoff win last week was against the Washington Football Team without Alex Smith, and we saw how Taylor Heinicke and Washington kept that game interesting.

No, Tampa doesn’t feel like it’s on New Orleans’ level this season. And while betting against Tom Brady in the playoffs has never been a smart idea, Bill Belichick isn’t involved and Drew Brees still has Sean Payton.

I think Brady’s playoff smarts and two of the NFL’s top defenses will help keep this one close on the scoreboard. But I think the Saints are superior and will be able to complete the sweep for home teams in the second round.