The Dallas Cowboys look as if they are a team who have completely lost faith in their coaching staff, despite what Jerry Jones may say. If rumors are true, the players have become frustrated with their head coach Jason Garrett as well, and that tends to have a trickle effect all the way down the line. This could lead to the Cowboys cleaning house, but are there any candidates out there who would be an upgrade?

There are many of us around Cowboys Nation who have already started looking at coaching replacements, whether it is a new head coach or new coordinators on both sides of the ball. Because of that, I decided to put a list together of some of the coaching candidates I would target to take over for the Dallas Cowboys.

Continue to read below to see the coaching candidates I like, and as always please feel free to share your own thoughts and opinions in the comment section at the end of the article. 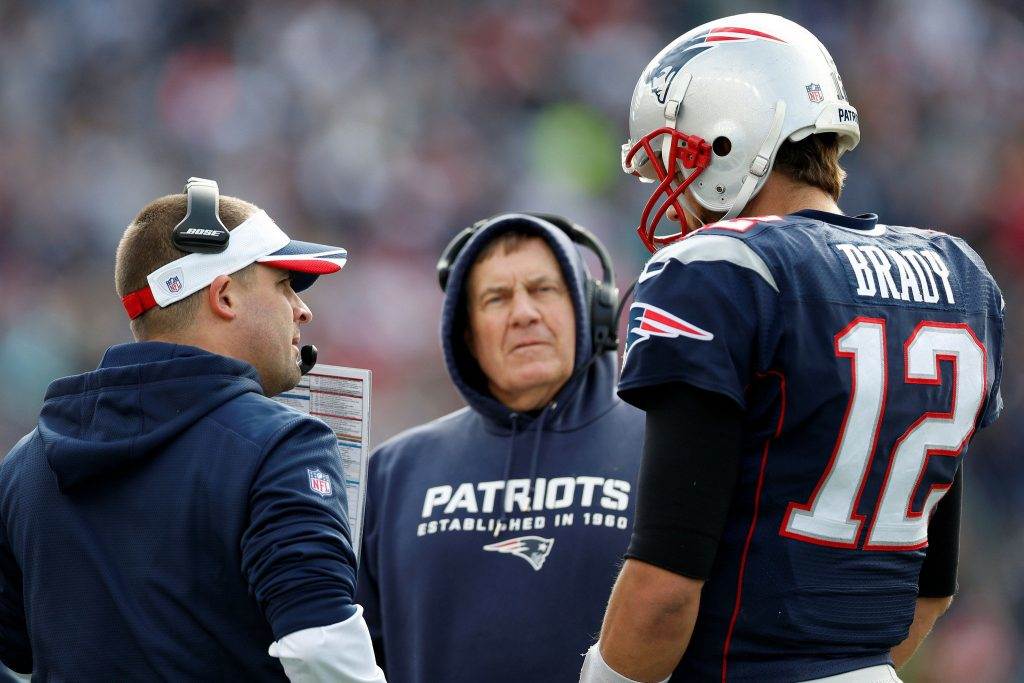 Josh McDaniels might just be the most recognizable names who will be linked to the Dallas Cowboys if they start looking for a new head coach. Bringing the Patriots offensive system to the Cowboys should do wonders for both Dak Prescott and the rest of the offense. I believe he has learned from his mistakes when he took over as the HC in Denver and would do really well here in Dallas. I personally believe his downfall with the Broncos was because he tried to make Tim Tebow an NFL caliber QB and staked his career on it. He would have more to work with in Prescott.

Matt LaFleur is a product of the Shanahan coaching tree you could say. He developed a relationship with Kyle Shanahan when with the Texans, and followed him to Washington when Mike Shanahan took over as the head coach of the Redskins. He was the mentor to Robert Griffin III and Kirk Cousins until he followed Kyle once again to Atlanta to become the quarterbacks coach. There he helped Matt Ryan have some of the best seasons in his career. He is now serving as the current offensive coordinator of the Los Angeles Rams, but will be on the short list among HC candidates shortly. The Cowboys should strike while the iron is hot.

Todd Haley was the Dallas Cowboys wide receiver coach from 2004-2006, but then joined the Arizona Cardinals to become their offensive coordinator. Under his playcalling, the Cardinals became one of the most innovative and explosive units in the NFL. His success as the OC in Arizona earned him the head-coaching job with the Kansas City Chiefs. Unfortunately, that didn't last long which is why he is currently serving as the OC in Pittsburgh. The Steelers currently have one of the best offenses in the entire NFL and it is in large part due to the playcalling of Haley. I think he would be a great fit in Dallas and would work well with an intrusive owner like Jerry Jones.

John DeFillippo isn't a name I expect the majority of you to know or even heard of, but I believe he is an up-and-coming offensive coach in the NFL. He is currently serving as the QB coach of the Philadelphia Eagles and has done a fantastic job developing Carson Wentz. He was the offensive coordinator of the Cleveland Browns in 2015 before that coaching staff was let go. I'd probably prefer to have him as an offensive coordinator first, but the only way the Cowboys pry him away from the Eagles is to make him the new HC. In fact, the New York Jets requested an interview with him last season to become their OC, but Philadelphia blocked that request.

Gus Bradley had his chance to be a head coach in the NFL with the Jacksonville Jaguars, but wasn't put in the best situation to succeed. At the time, the Jaguars were still a bad team, which ultimately cost Bradley his job. I think given another opportunity, he would become one of the better coaches in the league. The Cowboys have been trying to mimic the Seattle Seahawks defense for years, so why not hire a new HC who was responsible for the Seahawks defensive success from 2009 to 2013.

I really think Mike Vrabel will be at the top of a lot of teams list looking for a new head coach. Since retiring, Vrabel has continuously risen in the coaching ranks and is now currently serving as the Houston Texans defensive coordinator. After losing three of his best defensive players (Brian Cushing, JJ Watt, and Whitney Mercilus), he still has the Texans defense playing like one of the better units in the league, which proves his adaptability and ability to game plan. I think players will gravitate to him because of his credibility in the league as both a player and coach, and want to play for him.

If Jason Garrett remains the head coach of the Dallas Cowboys and Scott Linehan is fired, Gary Kubiak would be at the top of my list to become the next offensive coordinator. I believe his offensive philosophy would fit perfectly in Dallas and do wonders for Dak Prescott. Kubiak likes to use a lot of misdirection to help the QB take shots down the field, but remains balanced in the running game as well. The system wouldn't change all that much, but I do believe he is more creative and knows how to use his weapons better than Linehan.

Mike McCoy might've been recently fired as the offensive coordinator of the Denver Broncos, but he won't be out of a job for long. Someone had to be the “scapegoat” for how poorly the Broncos have been playing this season, and McCoy was that person. I believe he would be an immediate upgrade over Linehan and fit in nicely with Jason Garrett. McCoy's greatest asset might be his adaptability. Whether it was Tim Tebow, Kyle Orton, Peyton Manning, or Philip Rivers, McCoy has been able to find success as an offensive coordinator. That adaptability would be a welcomed addition from Linehan.

Don Brown (62) is on the older side then any other coach on this list, but he has nearly 40 years of coaching and has found success at every stop along the way, even as an intern coach for the Yale baseball team in 1992. Brown is the polar opposite of Marinelli and loves to be aggressive. He loves to get after the QB and draws up blitzes from every position on defense. Plus, he already would have working knowledge of some of the Cowboys young players (Taco Charlton and Jourdan Lewis).

Mentioning Greg Schiano's name in relation to becoming the Dallas Cowboys next defensive coordinator will certainly be unpopular among a lot of fans, but he does have a proven track record. He completely turned around the Rutgers program when he was a head coach starting in 2001 and still has several of his former players in the NFL. Schiano is currently serving as Ohio State's defensive coordinator, but could be looking to return to the NFL after being fired in 2013 as the Buccaneers head coach. His hard-nosed disciplinarian defensive philosophy could be exactly what the Cowboys defense needs.

Surprisingly enough, not many Dallas Cowboys fans know who Matt Eberflus is, but he could possibly be promoted to defensive coordinator if Rod Marinelli loses his job. Eberflus is currently Dallas' linebacker coach and has been with the organization since Rob Ryan was the defensive coordinator. He has experience in both the 3-4 and 4-3 defensive scheme and could be the perfect combination of Rob Ryan's aggressive and Rod Marinelli's conservative approach.

Any of these coaching candidates sound good for the Cowboys?