In the last full week of preparation for the 2018 NFL Draft, this year's hosting team — our Dallas Cowboys — have created an even larger need at wide receiver following the stunning release of Dez Bryant.

As expected, the national media has adjusted quickly to this move by the Cowboys. In tracking weekly mock drafts here at Inside The Star, we have seen plenty of rookie wide receivers find their way to Dallas with the 19th overall pick.

In the second to last installment of this series though, there is a new trend for the Dez-less Cowboys. All three of the mock drafts below have the Cowboys taking a different receiver prospect.

Let's take a closer look to understand their reasoning.

“After getting rid of Dez Bryant, it's pretty difficult to imagine the Cowboys not investing in the wide receiver position early in the draft.”

In a comparison with Alabama Wide Receiver Calvin Ridley, D.J. Moore is the player I endorsed recently as the best possible fit for the Dallas Cowboys in the first round at his position.

Brinson's take on the Cowboys approach at WR is spot on, and D.J. Moore has done nothing but help himself remain firmly in the first round spotlight since ending his Junior season for Maryland.

Hauling in 80 passes for 1,033 yards and eight touchdowns, Moore produced against some of the best collegiate competition in the nation prior to blowing up the Combine and generating buzz as the second best WR in the 2018 Draft (at worst).

Moore would provide an instant spark to the Cowboys passing game, even as a smaller target. This is a fearless player that is not afraid to take on defenders in the open field as well as box them out at the catch point.

“Courtland Sutton will tempt Dallas, but Ridley gives them a receiver more ready to step in now for Dez Bryant.”

Just like the above comments on D.J. Moore as a fit for the Cowboys, Breer is correct here in his evaluation of this draft's top receiver – Calvin Ridley.

Both Ridley and SMU's Courtland Sutton are the best true X receivers in this draft, with Ridley beating out Sutton as an all-around athlete and play maker with the ball in his hands.

Calvin Ridley is a WR that Dak Prescott should have no problem getting the ball to, while helping his new team transition smoothly to a different type of receiver in this Dallas offense. 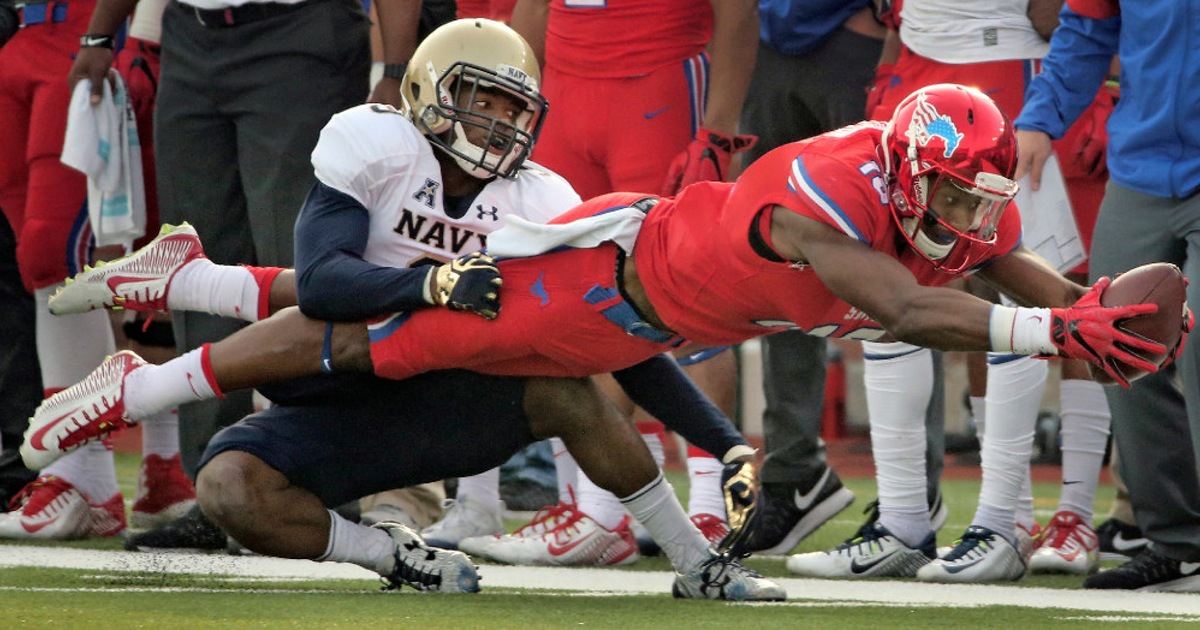 Courtland Sutton feels like this year's version of Taco Charlton as a potential draft target for the Cowboys at a position of need.

This is not a knock on either player, as Charlton was a safe pick for the Cowboys at defensive end – a player that took strides at the end of his rookie season to earn a larger role for 2018.

The same could likely apply to Sutton from year one to two with the Cowboys, as the local SMU product is far from a finished product. Relying on his raw size and leaping ability will only get Sutton so far in starting his NFL career as a dominant receiver, but the potential is there for the Cowboys to find their next long-term WR1 in Sutton at 19th overall.

As the great Bryan Broaddus from the Cowboys team site likes to say throughout draft season, evaluating these prospects can truly be a matter of “ice cream”.

There will always be a variety of ways to stack the top players at any given position, and this is exactly what we have here with three distinct but talented wide receivers.

D.J. Moore, Calvin Ridley, and Courtland Sutton would all be smart picks for the Dallas Cowboys to start their all-important 2018 NFL Draft. The Cowboys are of course not the only team in need of talent at WR, and it will be fascinating to see who the final decision comes down to in the first round from the Cowboys war room.

Most of the 2018 NFL Draft class is heading into their fourth seasons, and for most of those the final year of their original...
Cowboys News

Top 5 Wide Receivers the Dallas Cowboys Will Face in 2021

It’s not a secret that improving the secondary was the biggest focus of the Dallas Cowboys over the offseason. Not only did the defense...