The Dallas Cowboys were welcomed by a large home crowd to their first practice at The Star on Monday, with WR Amari Cooper and S Malik Hooker taking the field for the first time after not doing so in Oxnard.

The Cowboys have maintained an optimistic approach with all of their key injuries this offseason, emphasizing that their four-game preseason and new 17 game regular season is a marathon not a sprint. So far, they’ve been proven right. Not only did Cooper and Hooker contribute, but QB Dak Prescott was seen throwing 20-25 yards down field. Head Coach Mike McCarthy told the media that Prescott’s work in the summer had his arm near “midseason form”, so managing his workload until the season opener will remain his focus.

Hooker made a play from the centerfield safety position the Cowboys haven’t seen in a while, intercepting a tipped pass by Nahshon Wright thrown by Ben DiNucci. 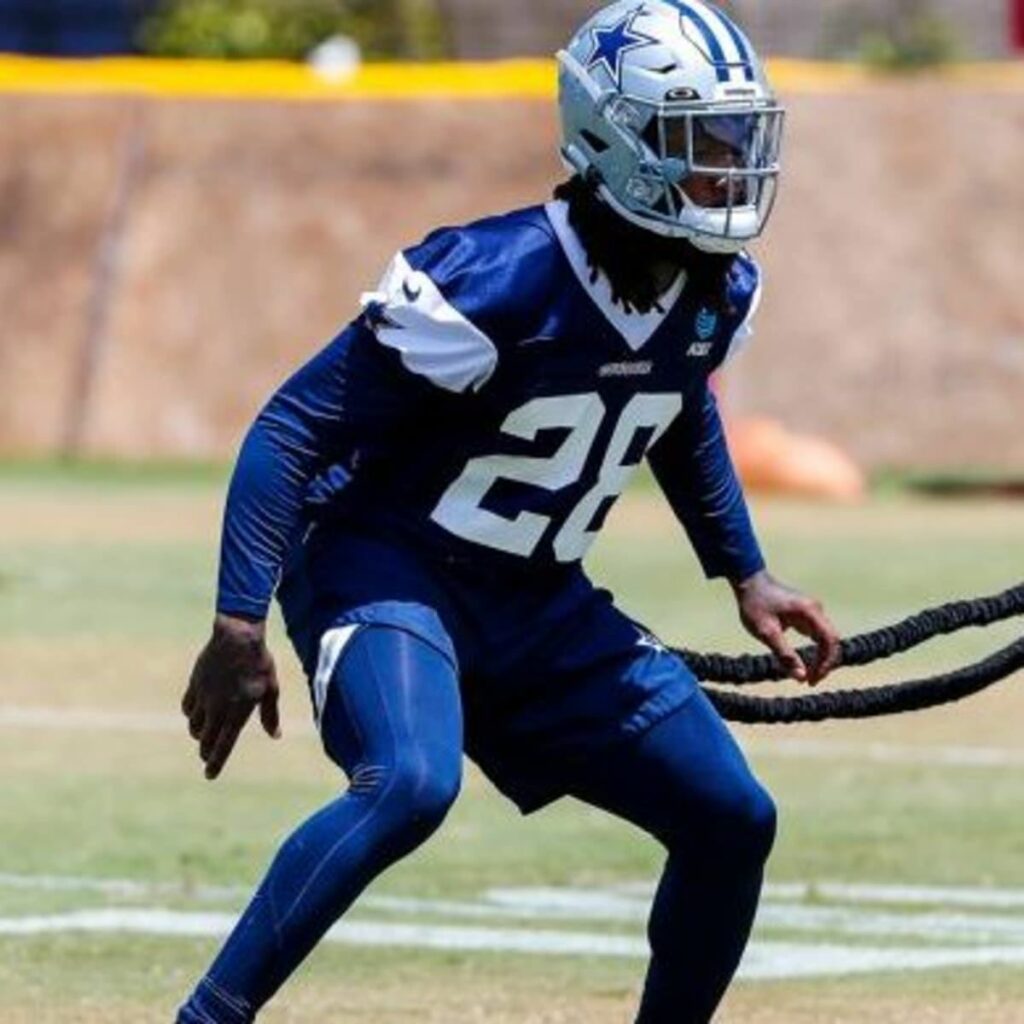 Amari Cooper joined Michael Gallup and CeeDee Lamb on the field for the first time, moving well and catching passes over the middle. If it’s possible for Cooper to be underrated entering the season, given the talent the Cowboys have at WR around him, this team’s passing offense could be historically good. Lamb came down with yet another circus catch in a “mojo moment” for the Cowboys offense, a would-be game winner on third down from Garrett Gilbert.

The next chance to see any of these players working back from injury will be Saturday night against the Texans. McCarthy said this is also the only opportunity the Cowboys will consider playing Prescott, reserving the fourth and final preseason game for players on the roster bubble.

Figuring out which players are safely on the final 53 or not is easier said than done. The Cowboys first practice at The Star also saw highlight plays from DE Dorance Armstrong, WR Simi Fehoko, and the return of OT Ty Nsekhe after being injured against the Cardinals.

While the Cowboys sort out these roster decisions, they also have to love what they’ve seen from their draft class. Wright and Kelvin Joseph continue to develop well at CB, and DT Osa Odighizuwa carried a strong preseason performance into first team reps at practice with Neville Gallimore out.

Today is the cutdown from 90 to 85 players, so stay posted here to Inside The Star for the latest Cowboys roster moves.

Tell us what you think about “Amari Cooper, Malik Hooker Return to Practice at The Star” in the comments below. You can also email me at Sean.Martin@InsideTheStar.com, or Tweet to me at @SeanMartinNFL!