Some of us may be taking the weekend off from football with the Dallas Cowboys enjoying their bye week. But if you're still jonesing for some NFL action today, here are the Week 8 games in which the outcomes could help or hurt the Cowboys.

Though it's still early in the 2019 season, a game in October can impact the final standings and playoff seedings as much as one in December. So we can still find plenty to root for today even though we may not be too focused on postseason consequences as of yet.

What games can Dallas fans take some interest in? Here are the ones I'll be following.

Without question, this is the biggest game on the Week 8 slate from the Cowboys perspective. While our team is getting to rest and recover this week, the Eagles are facing a stiff challenge in the 5-1 Bills. With their only loss so far this year coming from the undefeated Patriots, Buffalo currently looks like they're on another level from Philly.

Another loss this week would drop the Eagles to 3-5 on the year. And it doesn't get easier; Philadelphia hosts a solid Bears team next week and then get the Patriots and Seahawks following their bye week.

A disastrous 3-8 record, or perhaps 4-7 at best, are very much on the table right now for Eagles. The team seems closer to coming apart than pulling together after last week's demoralizing loss to the Cowboys, and another defeat in Buffalo would only throw more fuel on the fire.

The Giants are already 2-5 and barely in the discussion as is, but another loss this week would only widen the gap between New York and Dallas in the NFC East.

The Lions are just 2-3-1 themselves and unlikely to be factor come playoff time. Given that, the Cowboys aren't hurt one bit if they want to hang another loss on the G-Men.

The Falcons are just 1-6 and won't have QB Matt Ryan today. It'd be great if they could upset the Seahawks and help Dallas in the eventual NFC playoff seedings, but that seams highly improbably given the circumstances.

With the Cowboys on pace to win the NFC East, losses to the other projected division winners are of great value. While the Seahawks are currently behind the 49ers in the NFC West, there is plenty of season left for them to catch up and overtake San Francisco.

Of even greater value to Dallas would be a loss by the Packers. Can Andy Reid coach up his Chiefs team enough to overcome Pat Mahomes' absence and upset Green Bay?

Dallas now head a head-to-head loss from the Packers which could haunt them come January. They need Green Bay to either lose enough games that the Cowboys can avoid the tiebreaker for playoff seedings, or for the Packers to wind up a Wild Card team behind the Minnesota Vikings.

Unfortunately, the Chiefs may be too undermanned this week to help us out.

While the 4-2 Panthers could be a factor come playoff time, it's far more important for the 6-0 Niners to start losing some games. Any hope the Cowboys have of still earning the top seed in the playoffs requires some losing by the current NFC front-runners.

Thankfully, the Panthers have not missed much with Kyle Allen at QB over the injured Cam Newton. They have enough talent to go win this game, and the 49ers did not look strong last week in their narrow victory over the hapless Redskins.

Drew Brees is back, which dashes nearly all hope of the Saints losing this one. The Cardinals have been showing a little life lately with a three-game win streak, and maybe could have played the spoiler today. But while Teddy Bridgewater has been good, Brees' return will energize the team and should give them more than enough to handle Arizona.

jess, thanks fort he helpful guide. Good stuff! Can’t wait to see the Boys pass rush with bennett against gnats next week 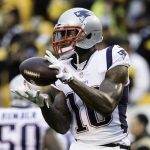 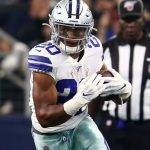