Leading up to the March 9th start of NFL free agency, we will be looking at all Dallas Cowboys players under contract for 2017 and how much of the salary cap each position is taking up.

The Cowboys' running backs get as much attention as any group in the NFL. With three first-round picks and increasingly big contracts invested in their offensive line, Dallas made a commitment to running the ball that few NFL teams have matched. Once they spent a fourth-overall pick on Ezekiel Elliott, the Cowboys' run game became its clear offensive focal point.

Before we dive into the specifics, let's look at the NFL's 2017 salary cap. The league announced that the cap would be set at $167 million for the upcoming season. Even though this is still a $10 million increase from last year, it's a few million short of what many were projecting.

Now, using that number as our foundation, let's look at how much the Cowboys' running backs are scheduled to cost against our 2017 salary cap.

While rookie contracts are often huge money-savers for NFL teams, Ezekiel Elliott's doesn't offer quite the same benefit. Between the generally lower cap figures for running backs and being the fourth overall pick last season, Elliott's cap hit is still in the top 10 for the position. He is only about $2.5 million below veterans like LeSean McCoy and Jonathan Stewart, who are in the top three.

Not that anyone's complaining, though. As the league's leading rusher and the most talented runner to come into the NFL since Adrian Peterson, Elliott is still a bargain at his current cost. He will continue to be the Cowboys' primary weapon on offense while making far less than some of his teammates.

The first time Dallas even has to think about Zeke's contract is 2019, the fourth and final year. That is the first time that Elliott is eligible to get an extension. Because Zeke was a first-round pick, the Cowboys can also consider using their fifth-year option; basically a cheaper version of securing him for one more season than using the franchise tag.

There is a lot of football between now and then, though. For the present, Zeke is one of the best bargains in the NFL. Enjoy it! 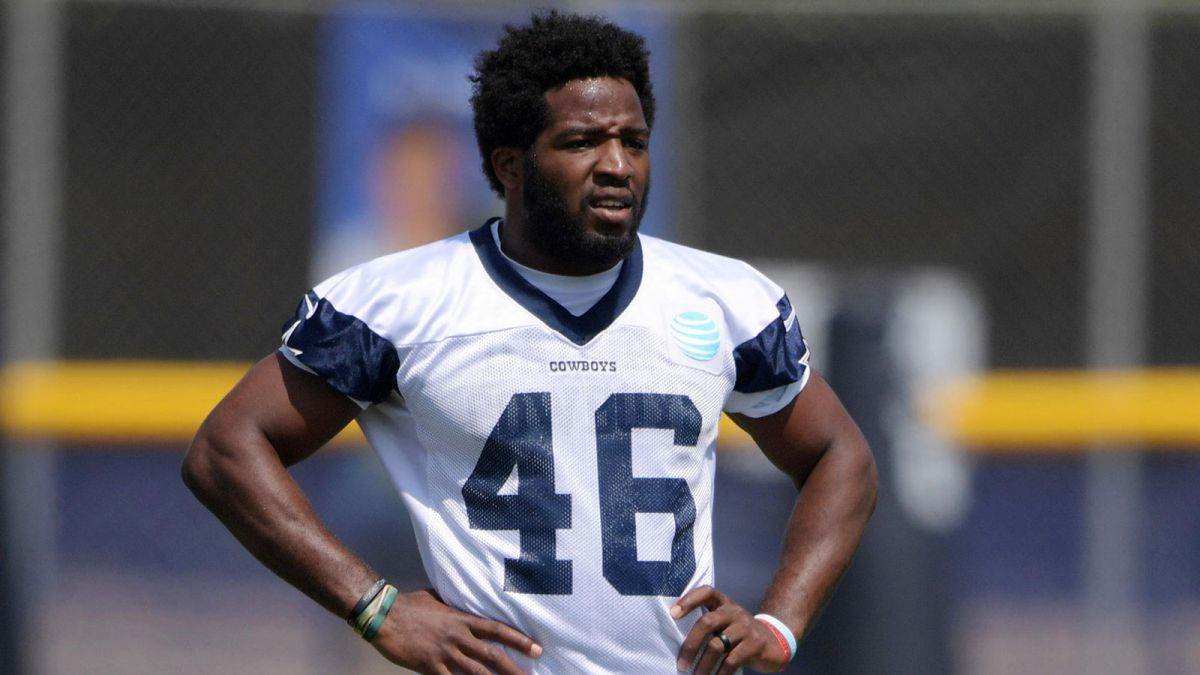 After an encouraging preseason and solid play from Weeks 1-5, Morris' performance trailed off as the season went along. He eventually lost his spot to Darren McFadden and finished the year with just a 3.5 average on his carries.

Alfred's contract expires after 2017. Dallas can save about $1.6 million by releasing him while eating $500k in dead money. Morris' potential to be a cap casualty is explained in detail towards the end of this article.

A few weeks ago I wrote about Smith's value as the Cowboys' fullback and special teams player. Suffice to say, he's a solid contributor to the offense and team as a whole. I don't expect him to be going anywhere. The linked article goes into much further detail about what Keith Smith offers.

Smith was active in seven games last year but only touched the ball once. He lost the competition for the fullback job to Keith Smith and wound up being released in Week 9, though he did finish the year on the Cowboys' practice squad.

It doesn't hurt that Rod Smith's brother, Jaylon, is a Cowboy and projects to be a very important one in the near future. Dallas will likely keep Rod through training camp as a body, though we will have to wait and see if he gets more work at RB or FB.

Darren McFadden – While he looked slightly more effective than Alfred Morris with his limited carries, McFadden still had just a 3.6 average in 2016. Turning 30 this August, it may simply be too little, too late for the veteran. However, if Dallas still likes him more than Morris, we might see McFadden get the veteran minimum to stay while Alfred gets released.

Lance Dunbar – While he stayed healthy, a rarity for his career, Dunbar's role on offense and special team was even less than prior seasons. Now a 27-year-old running back who relies on speed, there doesn't seem to be a spot for him in Dallas going forward.

I don't see these numbers changing much after the offseason. If anything, they could go down if Dallas cuts Alfred Morris.

This should remain a cap-friendly position for the next few seasons. Ezekiel Elliott's rookie deal should continue to be a bargain through 2019. Given his workhorse role, Dallas can continue to find low-priced veterans or even cheaper, younger options to stock behind Zeke on the depth chart.

There will come a time when the Cowboys have to decide if Elliott is worth paying franchise player money too. What happens this year with Le'Veon Bell's free agency in Pittsburgh and David Johnson in 2019 will got a long way to setting the market price. For now, Dallas thankfully can just enjoy the savings with Zeke's rookie contract.

Alfred Morris should definitely be worried. That $1.6 million in savings is not a small amount, especially with Dallas needing to fill several holes and find upgrades on defense. He wasn't effective enough to guarantee his spot.

The issue, as it almost always is with releasing players, is that you have to then replace them. Morris' dead money will still count $500k against the cap and Dallas would then have to pay someone to take his spot. Unless they go with someone making near the minimum, that $1.6 million in cap savings will get eaten up fast.

What will really matter with Alfred's future is if Dallas finds someone they simply see as an upgrade. Even if the money is a wash, a more effective backup RB is still worth finding.

Jess Haynie
Cowboys fan since 1992, blogger since 2011. Bringing you the objectivity of an outside perspective with the passion of a die-hard fan. I love to talk to my readers, so please comment on any article and I'll be sure to respond!
Previous article
A Pessimistic Approach to the 2017 Dallas Cowboys Offseason
Next article
WATCH: Latest Jaylon Smith Hype Video Shows Off More Drills