The Dallas Cowboys are on the road again as they travel to Indianapolis to face a hot 7-6 Colts team that's trying to sneak into the AFC Playoffs. It will be a tough challenge for a team that's struggled when playing out of AT&T Stadium but the Cowboys have changed a lot since they were a 3-5 unit. This time, they're one of the hottest teams in the NFL and are one win away from clinching the NFC East.

We surely are in for a great game. Without further ado, I hope you enjoy this week's edition of “Cowboys Wishlist.”

As impressive as Leighton Vander Esch has been for the Dallas Cowboys, he's not alone in the Defensive Rookie of the Year race. On today's game, he'll meet his match in Colts LB Darius Leonard. A second rounder himself, Leonard leads the league in tackles with 135. He also is responsible for 11 tackles for loss, seven sacks, four forced fumbles and one interception.

Vander Esch, otherwise known as “Wolf Hunter” doesn't have such incredible stats, but playing time is a big reason why. His play has been pretty impressive, though. Ranked as the top rookie linebacker by PFF, hell be out there to prove who's the better player. I really wish he outplays Leonard en rout to the DROY award. 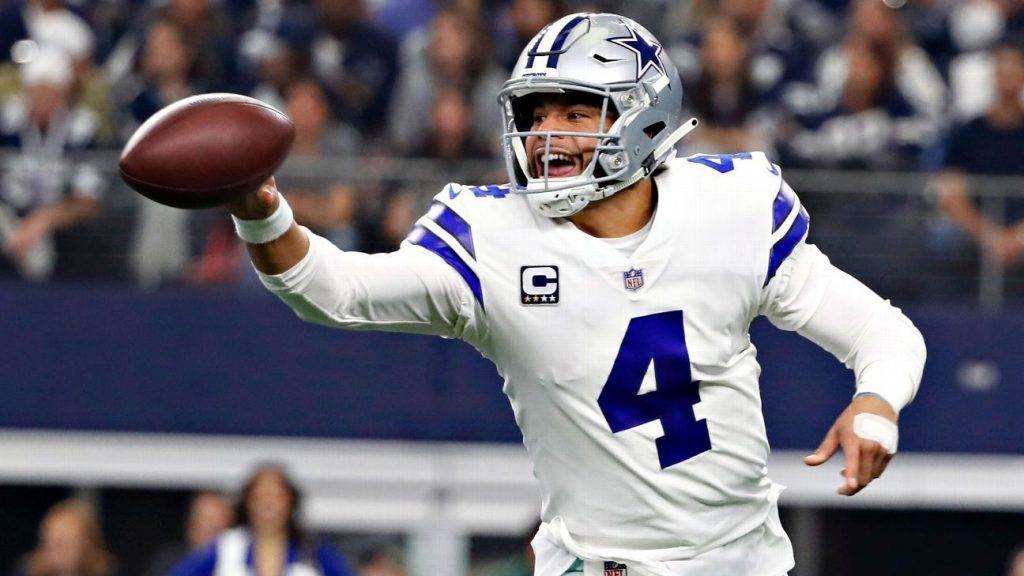 Wish #2: No Turnovers From Dak

455 yards, three touchdowns and another game-winning drive were more than impressive from Dak Prescott. I really have faith in him as the Cowboys' QB. But we can't ignore the three turnovers he was responsible for in such a close game versus the Philadelphia Eagles.

This game will be different. The Colts are a legit threat in the NFL right now and the Cowboys won't be the home team. Without Martin on the field, Prescott is likely to be pressured. If that's the case, he needs to watch out and avoid fumbles in the pocket.

It's really important the team takes care of the ball if they want the win versus Andrew Luck and company. I specifically wish Dak Prescott has a good game and does something he's done fairly well throughout his career:  take care of the ball.

Wish #3: Connor Williams Turns It Around

Expectations were sky-high for second round pick Connor Williams. A starter in week 1, injury and poor play sidelined him in favor of Xavier Su'a-Filo. With Zack Martin out for the game, Williams has another opportunity to shine. This time he'll be lining up as the team's right guard between C Joe Looney and RT La'el Collins.

It's very important to remember Williams is only a rookie. Just because we're used to offensive line rookies to have immediate success for Dallas doesn't mean every one the team brings in will be as great starting off. A rough start is not the end of the world for Williams. Also worth noting, the majority of his playing time came under now-fired OL coach Paul Alexander. I'm convinced he'll turn things around and will become an important player for the Cowboys soon.

For now, I wish he takes advantage of the opportunity to play and does a great job to be considered again for the LG spot once Martin returns.

Wish #4: Amari Cooper Keeps It Up

The impact Amari Cooper has had on this team is quite frankly unbelievable. He should really be seen as this season's savior for the Cowboys. While the defense is winning games, without Cooper the offense would still be terrible and results wouldn't be the same. He has more than justified the first round pick the Jones traded away to get him.

In a big, road game like this one, I hope he keeps it up and has another huge performance. Whether it is multiple scores or a 100-yard game, I simply want to see him shine again.

Mauricio Rodriguezhttps://www.facebook.com/PrimeroCowboys/
I love to write, I love football and I love the Dallas Cowboys. I've been rooting for America's team all the way from Mexico ever since I can remember. If you want to talk football, I'm in... You'll find me at @MauNFL.
Previous article
Cowboys, Colts Week 15 Injury Report
Next article
Remembering the Cowboys NFC East Clinching Win Vs. Colts, 4 Years Later

Connor Williams really has to shine this week. They’ve held it together for the most part along the offensive line and been alright. Dak has to be good yet again as the game could turn into a shootout.

I agree with the things you’ve listed as far as a wish list for this week and the weeks to follow. For me, the most important two are: #1-Dak protecting the ball. I hope the coaching staff has been working with him on keep 2 hands on the ball while in the pocket and I hope he gets his accuracy back. That was one of the things that I found so impressive in his rookie season; and #2-Williams playing as well as he did in college. I agree with you on the fact that Marc will help him achieve this. The one thing you didn’t mention that I’d also love to see is the TEs keep playing as well as they did last week. We need them to do that badly, especially in the Red Zone. If they are able to, then I think that will help Dak immensely. The last would be more play action, especially on First Down.

You’re right. That’s the only thing Witten ever did that pissed me off…..not giving Dallas enough notification that he was retiring. But I think Shultz may turn out to be a good TE.

I wish for Zeke to vcontinue his role carrying this team as our all purpose MVP back and the TEs continue to get more acclimated into the O. I want our front 4 D line to pressure Luck all day despite a strong Colts O line and yes… I want to see Sean Lee our there back to his old self. Best if all, I want to see a “W” and return to the post season.