The Dallas Cowboys will put their five-game winning streak on the line Sunday night when they take on the Minnesota Vikings. Overshadowing the actual game has been the status of Quarterback Dak Prescott who will be a game-time decision as he looks to bounce back from a calf strain suffered in the Cowboys' overtime win against the New England Patriots in Week 6.

Prescott ramped up his practice reps earlier in the week by doing individual work. The Cowboys let backup Quarterback Cooper Rush get first-team snaps during team periods to prepare him to be ready in case Prescott can't go. However, according to Tom Pelissero of NFL Network, Prescott will test his calf during pregame warmups by going full speed in hopes of starting against the Vikings.

#Cowboys QB Dak Prescott (calf) is pushing to play tonight, and he'll go through his normal pregame warmup in hopes of getting the green light to start against the #Vikings, per sources. He’ll go full speed, throw to receivers … then the organization will make the final call.

The Cowboys Associate Athletic Trainer and Director of Rehabilitation Britt Brown, as well as Quarterbacks Coach Doug Nussmeier, will assist Prescott in testing his calf. What the team is looking for is no signs of doubt that Prescott can play, because if there is, he will not start Sunday night.

To give Prescott some relief, he received an injection the day after his injury. However, after going full throttle on Thursday, Prescott had some soreness in his calf. The Cowboys and Prescott's thinking on this injury are to look at the long-term ramifications and to not push things too much with 11 games left to play.

Through the first six games of the season, the Cowboys have built and three and a half-game lead in the NFC East which gives them some leeway if Prescott does sit out. All the speculation will come to an end very soon on Prescott's status, and it's for certain that Cowboys fans everywhere will be waiting impatiently on the decision. 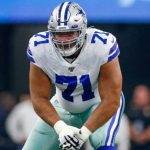 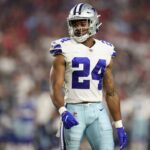