The offseason has been filled with questions regarding who would step up and assume the role of WR2 until Michael Gallup can recover from a torn ACL he suffered in January. After James Washington got hurt, it became even more unclear. I left the preseason thinking Jalen Tolbert, as a rookie, would end up with that spot on the depth chart, but yesterday's comments from Dak Prescott suggest who could have the first chance while the WR room gets back to full strength.

Prescott spoke highly of Noah Brown, saying he has earned his trust from day 1. “It's only gotten greater and greater,” he said. “You want to find a guy who's the epitome of being a professional – it's Noah Brown on and off the field.” Brown only has 39 career receptions for 425 yards since 2017. He has spent most of his time with the Cowboys as a blocker in the run game. Let's not forget Miles Austin was in the same type of situation, and he had his best year as a pro in year four after logging just over 350 yards in his first three seasons.

Cowboys QB Dak Prescott on his No. 2 wide receiver to begin the season, Noah Brown: “Noah’s earned my trust from Day 1, and it’s only gotten greater and greater. You want to find a guy who’s the epitome of being a professional — it’s Noah Brown, on and off the field.”

Brown has done the first thing a wideout needs to do for his QB: gain his trust, be a guy he knows he can look for if something like a broken play happens. I am not saying Brown needs to explode and have over 1,000 yards as Austin did, but look what Cedrick Wilson did last season with Prescott after not mustering much of anything his first two seasons as a pro. If Brown can duplicate what Wilson did a season ago and end the year near 600 yards and a handful of touchdowns, that is a success. Gallup will be back early in the season and relieve some pressure.

Wilson was a sixth-round pick, and Brown was a seventh-round pick. These things happen for WRs who played a minor role on a football team for several years. Questions still need to be answered about Brown, and until week one, we don't have an exact idea of who will do what behind CeeDee Lamb; although unproven just yet, these things happen from time to time, and as it sounds, Brown will now have his opportunity.

I have always like Brown for the the reason stated in the article. He is a reliable player who plays hard and does his job. And with all the unknowns Dak will have in huddle especially early on that reliability is a good thing. 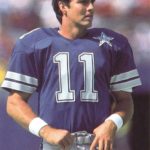 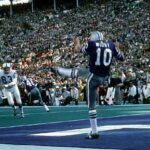