There are many exciting elements to the Dallas Cowboys’ offense entering the 2017 season, but the best word to describe the dominant potential for this unit as a whole is this – continuity. Already preparing for another season of play with the best offensive line in the game, the Cowboys are fully prepared to reap the benefits of 2016 rookie sensations Dak Prescott and Ezekiel Elliott in year two.

Elliott sure feels like a lock to at the very least duplicate his league-leading rushing performance, and Prescott will have his full arsenal of weapons back at WR to throw the ball to – along with a new addition that should only help unlock this offense further.

Dallas Cowboys’ fourth round pick Ryan Switzer has generated an enormous amount of buzz since before being selected by America’s Team as their top return man in the draft. Throughout his draft process, Switzer’s perfect NFL comparison was always Cole Beasley.

While the depth chart may not make it official, Beasley was Prescott’s #2 option at receiver out of the slot over outside starter Terrance Williams. With a team high 75 receptions as the rookie QB’s security blanket, Beasley’s valuable role in this offense is not only protected but should expand very quickly.

Still a ways out from relevant Cowboys’ football this season, Cole Beasley’s limited work through the offseason program thanks to a lingering hamstring injury has spurred speculation that the Switzer pick was even an added level of security to preserve this slot role in Scott Linehan’s offense.

Ryan Switzer has of course embraced this along with everything else the Cowboys can do with their shiny new offensive weapon, which includes handing him the ball on jet sweeps.

Meanwhile, Beasley’s drive to perfect his craft will only help Switzer progress even faster – at least drawing closer to the expectations some members of Cowboys Nation have for him as a rookie.

Should the two slot targets see the field at the same time though, Dak Prescott will be at his absolute best this season tearing apart defenses that simply will not be able to commit the defensive backs needed to slow down this quick passing attack.

Prescott’s seamless transition into Dallas’ starter a year ago almost made us forget the fact that he came from a spread concept in college at Mississippi State.

Cowboys fans… here’s another project I’ve been working on. Here’s Dak Prescott’s passing stats vs every type of defense:

The Cowboys certainly don’t need to ask Dak to air the ball out for them to win, but the flexibility to pound teams with their running game, throw from pro-style sets, and spread the field with their new “Sauce Bros” all with the stability of a stellar offensive line is going to carry them a very far way this season.

This is the effect of the Ryan Switzer pick, and a result of Cole Beasley’s rapid development into one of the NFL’s biggest matchup nightmares. 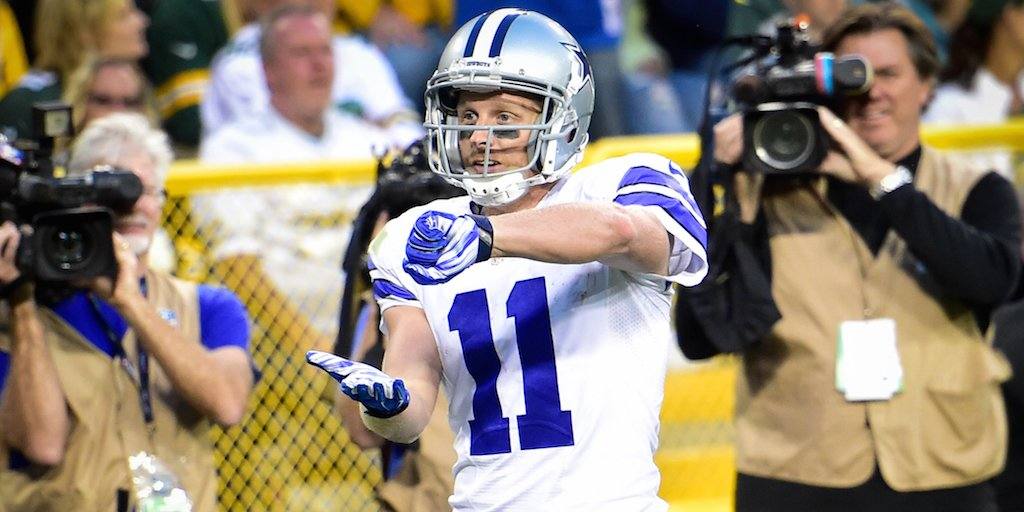 The Cowboys did not need to commit major draft capital towards their offense this year, but reinforcing strengths is always a crucial part of each season’s roster build.

Together, #10 and #11 for the Cowboys this season will show the rest of the NFL just how important it is as the pair of slot receivers elevate this offense to an even higher level.

Tell us what you think about “Dallas Cowboys “Sauce Bros” Will Take Offense To Next Level In 2017″ in the comments below. You can also email me at Sean.Martin@InsideTheStar.com, or Tweet to me at @SeanMartinNFL!