Will WR Michael Gallup Be A Dallas Cowboy Come 2022?

From the moment he was drafted in the third round of the 2018 draft, wide receiver Michael Gallup became a fan favorite among Cowboys Twitter.

Fans had been salivating over his college highlights all Spring, hoping that the team would find a way to snag him on day of the draft, and give Dak Prescott a much needed receiving weapon.

Gallup stepped onto the scene and made an impact immediately, becoming Prescott's favorite deep threat. He's totaled over 2,000 yards and 13 touchdowns over his first three seasons, and is the somewhat forgotten star on a loaded Cowboys offense.

He also enters the 2021 season with a giant question mark hanging over him. Michael Gallup's rookie deal will expire after this season, making him an unrestricted free agent. And a coveted one to be sure.

Playing alongside Amari Cooper in 2019, Gallup was able to have a breakout season with the Cowboys. Now that the Cowboys offense can deploy both Cooper and second year stud CeeDee Lamb, the team will be faced with a decision around Gallup's future.

With Dak Prescott signing his extension earlier this week, and other holes across the roster that the team will need to throw some money at to fix, you have to wonder if Gallup has become a luxury option for the Cowboys.

Do they really need a third wide receiver as good as Michael Gallup? Can they get away with a receiver room of Cooper, Lamb, Cedrick Wilson and a rookie? 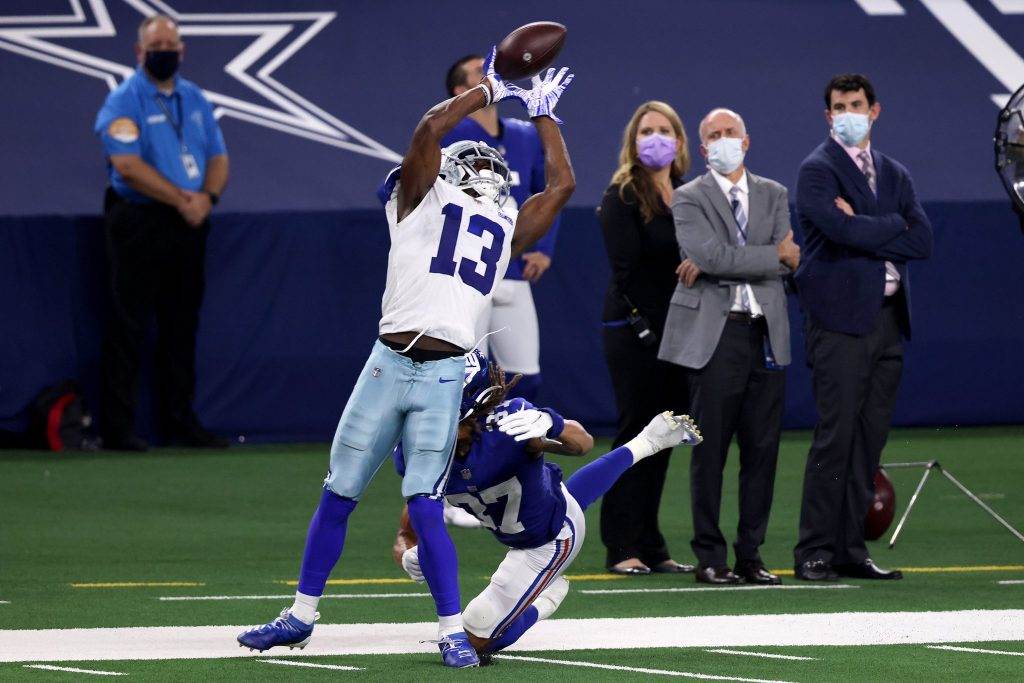 Probably. But purposely weakening your passing attack seems like a questionable move to make in today's NFL. Winning in this league is becoming more and more about passing efficiency, so why let a proven commodity walk out the door if you don't have to?

At the same time, it's worth noting that Gallup was a third round pick. Each and every year it seems like we are being told how great the upcoming wide receiver class is, and that's for good reason. It's becoming easier to find polished and/or physically gifted receivers from the college game. It's likely the Cowboys could let someone else pay Gallup a massive salary, and replace him with a similarly skilled player with another day two draft pick.

I know it's hard for fans to let their talented players go sometimes, but this could be the smartest move roster-building wise.

The real question mark that's left for the Cowboys?

If they don't expect to re-sign him, should the Cowboys be using Michael Gallup as a trade piece?

Kevin Bradyhttps://kevinrobertbrady.wordpress.com
Die-hard Cowboys fan from the Northeast, so you know I am here to defend the 'boys whenever necessary. Began writing for a WordPress Cowboys Blog, and have been with ITS since 2016.
Previous article
Even After Restructures, Dallas Cowboys Should Consider Tackle in the First Round
Next article
Cowboys Should Consider CB Jaycee Horn With 10th Pick

The obvious answer is “no”, as will be Lamb’s same fate and, Elliot’s. Dallas might as well sit home for four years as their path to the SB just became impossible.

I love MG but let’s face it he’s going to command big money come next offseason, and money that is well earned but could be better spent elsewhere now. I’m curious if the Bengals would entertain a trade for Jessie Bates also in his last year of his rookie contract. Might be more cost effective to try and resign a top 5 safety than a top 20 wr. Worst case scenario we keep him and get a 4th rnd comp pick…and sometimes that 4th round comp pick turns into something special…

MG is a stud receiver, we won’t be able to kp him unless we let Cooper go and sign Gallup to half the money Cooper was making. With the development of Jarwin, Schultz, Lamb and Wilson. We dnt need a WR making 20 mil.

As I said before… Jeffery D Williams….. You are an idiot!! Apparently you don’t know anything about football and how the cap works!! Learn how this stuff works before you come on these sites making those stupid comments!! Daks contract doesn’t mess anything up!! The cowboys front office can keep any player they want if they choose to!! All they have to do is work the cap…. Restructure a contract here and there and they’ll have the money to sign anybody they want!! Plus in a year or 2 the cap will sky rocket when the new TV deal comes through!! When that happens Daks contract will look like a bargain, and by that time Dak won’t even be in the top 5 of highest paid QBs!! Like I said…. Learn how this stuff works…. Your comments make you sound really stupid!!