Draft season is my favorite time of the year for a countless amount of reasons. Well before the Eagles won Super Bowl LII, draft scouts everywhere have been grinding college football film to rank the prospects available in this 2018 NFL Draft class. Each year, this pool of talent has the chance to define the future of the league and its franchises – from perennial losers to proud organizations looking to sustain success.

The Dallas Cowboys are currently somewhere in the middle of these two points, a 9-7 team with a real chance to take significant strides towards contending in the NFC East with a great draft.

As our staff here at Inside The Star continues to profile the draft prospects that we feel would constitute a “great draft”, I also want to begin looking at weekly mock drafts to measure where other members of the media are on the Cowboys' needs.

Fully into offseason mode now, here are a few possibilities for the Cowboys with the 19th overall pick.

The Dallas Cowboys drafting another defensive lineman out of Michigan is a hypothetical pick that won't be going away anytime soon. Staff Writer Kevin Brady already scouted how Hurst would fit the Dallas Cowboys for us here.

In Matt Miller's own words from this mock draft, here is how he describes Maurice Hurst:

“Hurst is fantastic at generating pressure from the middle of the defensive line with his quickness and leverage.”

I have yet to come around on Maurice Hurst as the dominant DT prospect that most see him as right now. Currently in the second round on my 2018 NFL Draft Board, there is no denying that Hurst's talents would fill a pretty obvious need in Dallas.

When he is on the field, Irving is one of the most disruptive forces in the entire league from the interior. Playing in a rotation with a physical beast like Hurst would only help the entire Cowboys defensive line though, as the Michigan product flashes rather consistently as a tough-to-move run defender with the power and burst to get after quarterbacks.

I believe the Cowboys can likely get better value out of the 19th overall pick, but Maurice Hurst would be a nice addition. 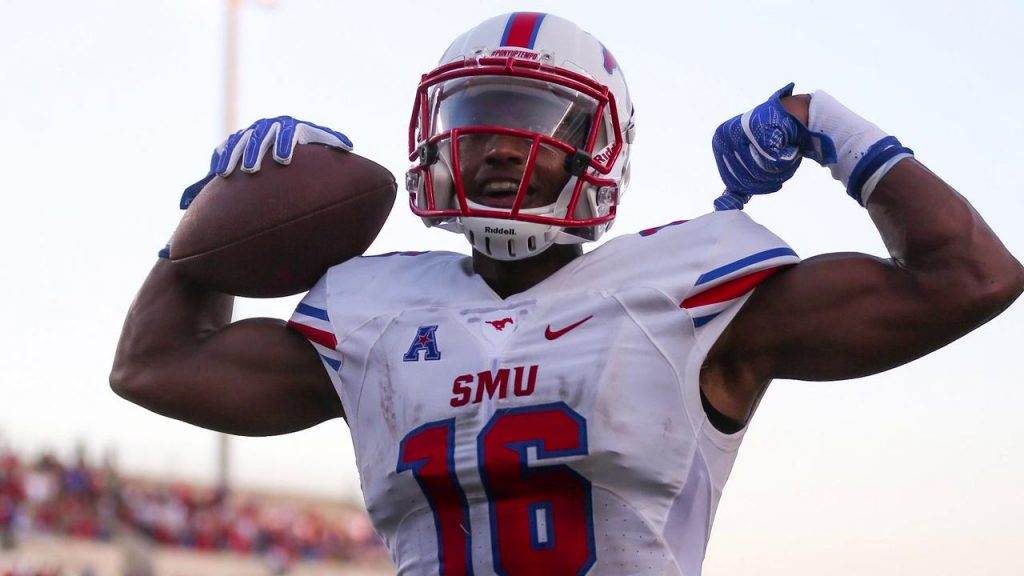 Wide receiver is another position that will likely be featured prominently in every mock draft for the Cowboys. Add in the local appeal for Sutton joining the Cowboys by way of SMU, and this fit appears to make a lot of sense.

Every time I watch a new WR in this 2018 draft class, I come away with two realizations:

Shockingly, the Cowboys like to draft players that will see the field a ton as rookies in the first round. With Dez Bryant and Terrance Williams already under contract for 2018, it would be difficult for this team to justify a WR with the 19th overall pick – despite their need at the position.

With better options available deeper in this draft, Courtland Sutton is exactly the target the Cowboys don't need to make their offense more “Dak-friendly”. Relying on his size and athleticism to win in the air, Sutton does little to fill the Cowboys' need for a pass catcher that can separate from coverage while beating defenses over the top.

If I'm the Dallas Cowboys, Sutton is a player I'm letting any other team be happy about drafting come April.

The Eagles' Super Bowl championship was salt in the wounds of Cowboys Nation – especially considering the nature of how Philadelphia overcome key injuries to prevail as champions.

The Cowboys' failure to do exactly what the Eagles did this season is the reason they missed the playoffs, and one of their most noticeable absences was LB Sean Lee. Not getting any younger (or healthier), the Cowboys are looking ahead to Jaylon Smith leading the way at linebacker for a long time.

Addressing the depth of this front seven is something the Cowboys must do though, especially with LB Anthony Hitchens set to hit free agency.

“Evans may not have the speed to be an All-Pro type in the NFL, yet his play-recognition skills are sharp, and he's everywhere on runs between the tackles.”

There are a lot of things I hate about this pick at 19th overall for the Cowboys. Alabama's defense is known for producing top-end talent in the NFL, but Rashaan Evans is much closer to a depth player at the next level than he is superstar.

So long as Sean Lee projects to be the Cowboys' starting WILL LB in 2018, finding a spot for a rookie linebacker to play alongside Lee and Smith is difficult. While Evans (who does project best as a WILL) could use a solid starter playing ahead of him to start his NFL career, he is simply not worth a top 20 pick in this draft.

Evans is a sure tackler that diagnoses plays hastily, but lacks some of the athletic traits needed to finish as many plays as you'd like a first round pick to make. Out of the three mocked draft picks featured here, Rashaan Evans at #19 would easily be the most disappointing outcome for the Cowboys.

The Cowboys will do their best to not enter the 2018 NFL Draft with any glaring holes in the roster. Viewed nationally as a talented team in need of depth in some important areas, mock drafts gifting the Cowboys a new DT, DE, LB, or WR in the first round will be a staple of this draft season.

Early on in the process, this draft class is best described as one without a definitive five or ten best players – instead featuring a deep pool or ready-made starters that will help a lot of teams next season.

This is music to the Dallas Cowboys' ears, not only for the first round but later on in the draft as well.

DT Maurice Hurst, WR Courtland Sutton, and LB Rashaan Evans can all help this team as rookies. The value the Cowboys get out of each prospect may vary wildly, but this initial look at national Cowboys' mock drafts remains a helpful resource in the tedious process that is year-to-year roster building in the NFL.

The Dallas Cowboys have done a lot to try and fix a secondary that was devoid of talent and in desperate need of playmakers....
Cowboys News

Most of the 2018 NFL Draft class is heading into their fourth seasons, and for most of those the final year of their original...

Keep building that defense. I wouldn’t be upset if they went offensive line with the first round pick