It was pretty incredible that the 2020 draft class was as impactful as it was, given the circumstances they came into the league under. With the COVID-19 pandemic putting a halt to large gatherings, the 2020 rookie class had to work their way into the Dallas Cowboys through virtual meetings until the team conducted an abbreviated training camp.

Last year's rookies didn't get the benefit of a rookie minicamp, minicamp, or OTAs. And yet, they had arguably the biggest impact of any rookie class since the 2016 group that produced Dak Prescott, Ezekiel Elliott, Maliek Collins, and Anthony Brown. That draft class played a lot of snaps during their rookie year and made a significant impact.

In 2020, the group of CeeDee Lamb, Trevon Diggs, Neville Gallimore, and Tyler Biadasz all played a bunch of snaps. And while there were some growing pains for Diggs, Gallimore, and Biadasz, they showed a lot of promise in their rookie years.

CeeDee Lamb was on pace to contend for the offensive rookie of the year title before Dak Prescott was injured. He led the team in yards through the first five weeks and made big plays seemingly every time he stepped on the field.

The fact that they made any impact at all with virtually no offseason (pun intended) is pretty incredible. And it's not surprising that Reggie Robinson or Bradlee Anae couldn't get on the field much for the defense because they were still making their transition into the NFL. Again, with very little on-field offseason work.

Now the 2020 group gets a full offseason with the Dallas Cowboys strength and conditioning program and will get a full slate of practices to prepare for their second season in the NFL.

With the offense coming back and a full offseason to work with Dak Prescott, CeeDee Lamb should see his game go to another level. Many are projecting that he overtakes Amari Cooper in the Cowboys wide receiver hierarchy.

Neville Gallimore has a legitimate shot to start as the 3-technique defensive tackle in Defensive Coordinator Dan Quinn's defense. He could also play some 5-technique when Quinn opts for three-down lineman formations.

Trevon Diggs was the Cowboys' best cornerback last year. It wasn't a great group in 2020, but he came on strong toward the end of the season, and now with a full offseason and a move to a cover-3 scheme, he looks primed for a breakout season.

The Cowboys had another nice draft in 2021, but it remains to be seen what kind of impact that group will have this season. As for the 2020 draft class, they'll take a huge leap and be impactful players for the Dallas Cowboys this season. 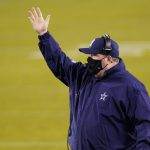 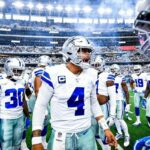