The preseason is finally over. The Dallas Cowboys are set to play the New York Giants on Sunday, September 8th in a regular season game that actually matters. But before, the team must decide who will make up its 53-man roster. A lot of players will be cut around the NFL on cut-down day, but today we take a look at three of the biggest questions that will shape up the Cowboys' roster. 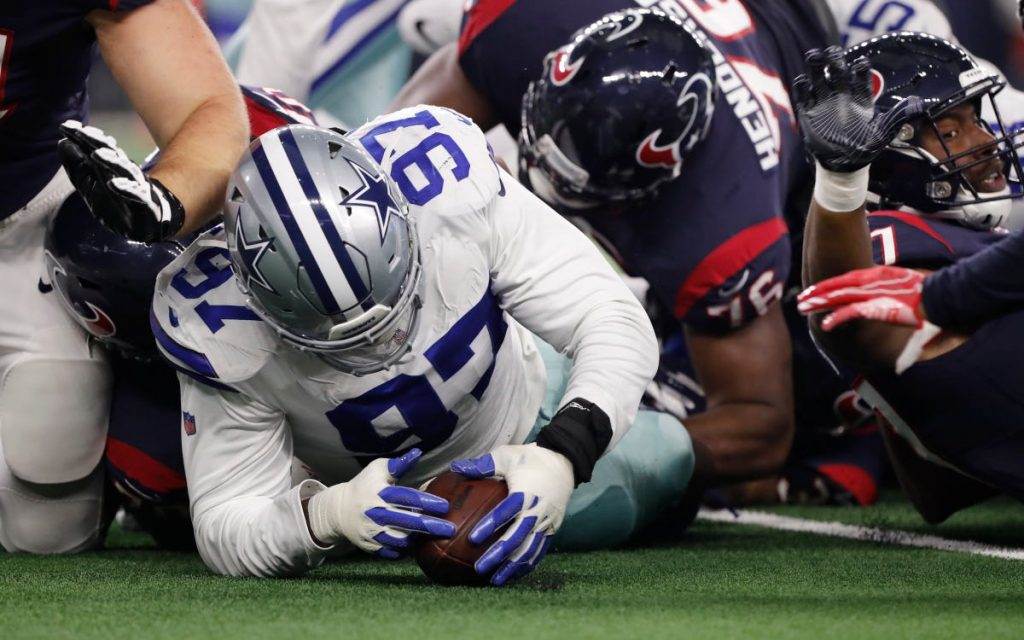 Will Taco Charlton Be On The Roster?

DE Taco Charlton had a solid preseason, including a third preseason game which could be considered his career best performance as he racked up two sacks (should've been three but one was called back because of a penalty) and two forced fumbles.

Given the Cowboys depth at the position, one should wonder where Taco's future lies at. Recently, Stephen Jones said “I think there's a possibility for sure that we could move somebody” when discussing potential trade talks about the team's offensive and defensive linemen.

If any team wants to offer something for Charlton, I wonder if the Cowboys make a deal. It would make sense specially if the team doesn't plan on extending him down the road.

Who's RB3 For Cowboys Offense?

This question is even more important now that Ezekiel Elliott could miss a few regular season games. If Elliott had already reported, I'm convinced the battle for RB3 would've been won by Jordan Chunn. The reason why is that once Zeke is on the team, there won't be a lot of snaps for the team's third running back, meaning whoever earns the spot better be playing on special teams. In that, I believe Chunn has the upper hand.

However, without Elliott, I wonder if the team takes another route and keeps Alfred Morris around. Tony Pollard is likely to be the starter, but having a veteran RB2 would be very wise.

Note: Minutes before the publishing of this article, Kasey Redfern was waived by the Dallas Cowboys, so this question has been answered.

Kasey Redfern lost a lot of points when he missed an extra point in the preseason finale against the Tampa Bay Buccaneers, but he still has a shot to make the roster.Chris Jones has been a very solid punter for the Cowboys in the past few years, but if Redfern has kept it close, I can see the team taking a different route.

Brett Maher's performance feels uncertain, and the fact that punter Kasey Redfern can also kick could earn him a roster spot. Personally, I prefer the team to stick with Jones.

What Will Happen At Wide Receiver?

The Cowboys have plenty of talent at wide receiver. Right now, there's more than a couple of candidates to make the cut. Behind the starters (Amari Cooper, Michael Gallup and Randall Cobb) you could make the case for a handful of guys. First off, though, let's talk about the Noah Brown factor.

Brown is eventually making the roster. The coaches like what they see in him and he's an important piece as a blocker. That will be important with the team carrying only three tight ends (none of which is elite at blocking). However, Brown can start the season on PUP, which would make him not count against the roster. That way the team can carry Devin Smith and Cedrick Wilson, for instance, and let them play out the WR battle for a few more weeks.

At the bottom of the WR depth chart, Jalen Guyton made the decision even harder with an amazing TD play last Thursday. My money is on Smith and Wilson, though.

Mauricio Rodriguezhttps://www.facebook.com/PrimeroCowboys/
I love to write, I love football and I love the Dallas Cowboys. I've been rooting for America's team all the way from Mexico ever since I can remember. If you want to talk football, I'm in... You'll find me at @MauNFL.
Previous article
Post Preseason Review of the Dallas Cowboys 2019 Free Agent Signings
Next article
Dallas Cowboys 2019 Roster Projection: Final Edition

Not sure the team will care about Noah Brown’s blocking as much under the new offense.

Gives them a backup TE and WR. Good size and hands.