Two years ago, around this time of year, the 8-5 Tampa Bay Buccaneers geared up to face the 11-2 Dallas Cowboys. It was flexed to Sunday Night Football, it was for critical playoff positioning, and it featured two young stars at the quarterback position.

At that time I wrote an article outlining the paths Dak Prescott and Jameis Winston had taken to that game. One the first overall pick and Heisman Trophy winner, the other a fourth round pick thought of as the next Tim Tebow in some draft circles.

Despite their vastly unique paths, they were each the starting quarterbacks of their respective teams, and thought to be the future of each franchise. Both were considered to be part of the future of the NFC playoff picture as well, with talk radio raging over “who would you start your franchise with” conversations.

Are we sure either of these guys are franchise quarterbacks?

This is now the question that is being asked.

Winston, the former first overall pick, had his fifth year option picked up by the Bucs, but many are wondering loudly if that should be his last season in Tampa Bay. After all, how can you justify extending a quarterback who has been so inconsistent on the field and bone-headed off of it. 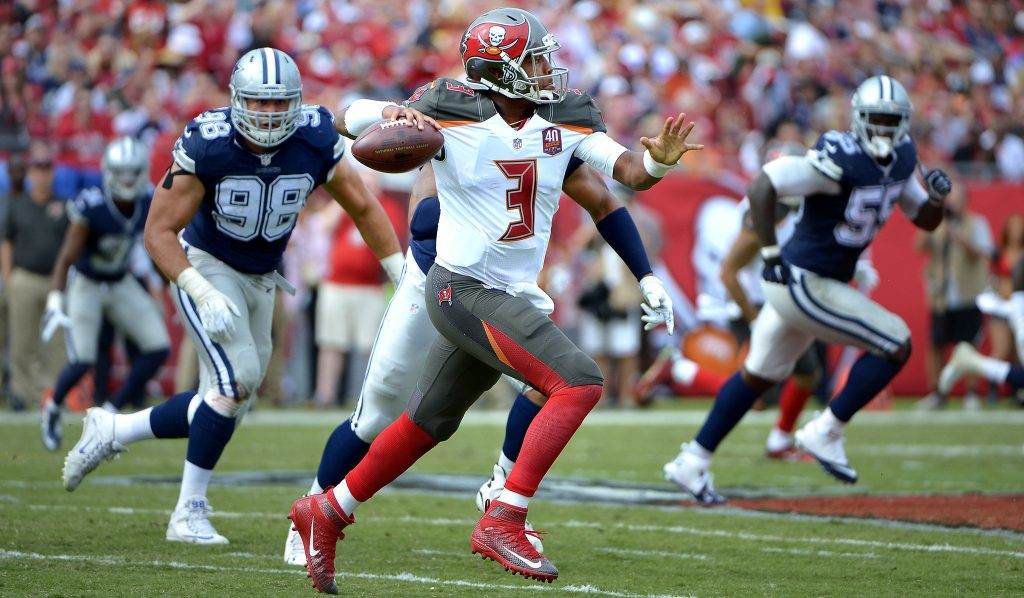 Still, you see the promise in Winston at times, in very rare flashes. For the most part, however, Winston has been a turnover prone gambler who’s execution does not outweigh his drawbacks thus far.

Then there is Dak Prescott.

Also scheduled to be a free agent after the 2019 season, “should the Cowboys extend Dak Prescott” is a daily sports discussion among Cowboys Nation.

Despite a winning record in his first two seasons as a starter, and most likely two division titles in three years barring complete collapse, there are legitimate questions about whether you can win with Prescott if you are allocating QB1 money to him. He has struggled with his pocket presence and anticipation, and has also proven to be inaccurate at times.

With all that being said, Dak Prescott is still deserving of praise as well, and may prove to be worthy of the contract extension that is likely coming his way.

Ironically, I feel a lot better about having the fourth round quarterback than I would about having the former first overall pick right now. Prescott has proven to be a leader and clutch performer in ways which Winston really has not, and it’s clear the Cowboys fight for Dak week in and week out. He’s also much more valuable as a runner, and far more risk averse or turnover prone.

Both Prescott and Winston entered 2018 in “prove it” years of sorts. And while we still have questions about each, Dak Prescott has done more “proving it” in my mind.

Regardless, a loss Sunday would make things a whole lot more interesting in Dallas moving forward.