There are so many important dates on the NFL calendar, but one that we should look for every year is that of the Hall of Fame game. This is a fantastic event that always sees a turn out of some of the best players in the game, and it is one of the major pre-season events that all football fans should be tuning into. With the Pittsburgh Steelers preparing to face off against the Dallas Cowboys this year, let’s take a closer look at what we could expect from the game.

What is the Hall of Fame?

The Hall of Fame is where the best of the best in football are immortalized. It is the dream of every player to make it to the Hall of Fame in their career. This honor also extends far past the players themselves – coaches, franchise owners, and those who have made significant contributions to the sport over the years can all be considered to be inducted into the Hall. There are currently 346 members, and between four and eight are added each year.

The Hall itself can be found in Canton, Ohio – the birthplace of the NFL (though it was called the American Professional Football Association when it was founded in 1920). Many football fans make the trip there just to find out more about some of the people who make football what it is. However, there are also many who choose to visit not just for the Hall of Fame itself, but also for the game of football that takes place at the Tom Benson Hall of Fame Stadium next door.

Who Plays in the Hall of Fame Game?

The Hall of Fame Game is a preseason game. This might not have quite the same appeal as a closing tournament like the Super Bowl or March Madness in the NBA, it can carry some important insights into what we can expect from the season – especially when there are two heavy hitters like the Cowboys and the Steelers facing off against each other there. No matter the tournament, following along at a site like OLBG.com will give you plenty of info into how the games might play out.

If a very prominent player who is still on the field is due to be inducted into the Hall of Fame, their team is often selected as one of the ones who will be playing. This helps to bring some publicity to the event and can result in more people tuning in to check it out. The Hall of Fame game is held on the Thursday of the celebratory weekend and is the event that kicks everything off. While most NFL preseason events are only aired on local television channels, the Hall of Fame Game is one of the few to air nationwide, so it should be easy to catch. 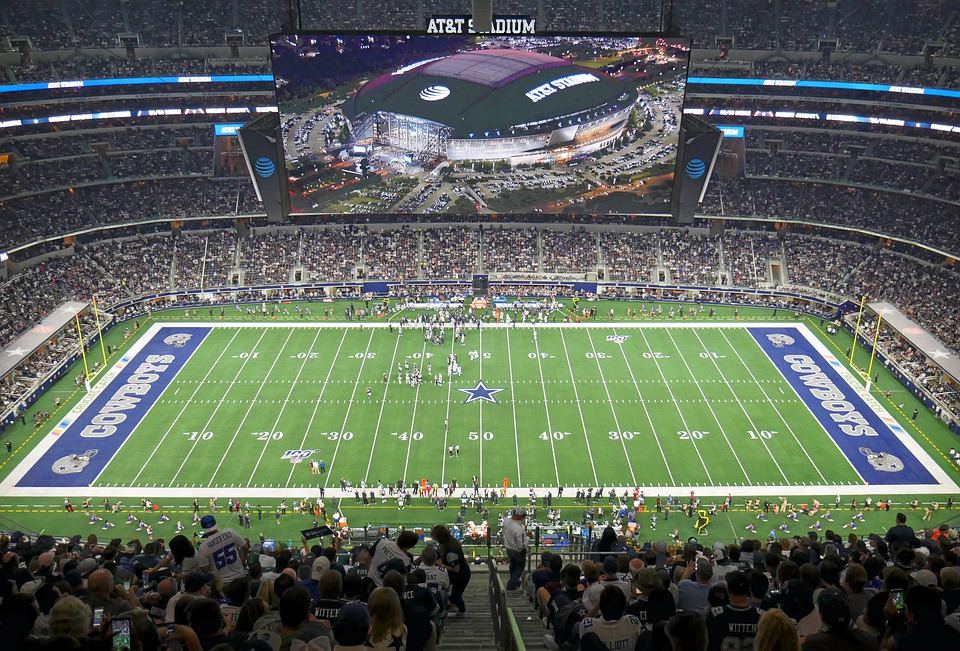 Which Dallas Cowboys Should We Be on the lookout for?

Of course, it is important to think of how the Cowboys might perform in this match. There are several Cowboy names that we could see joining the Hall of Fame soon, and this is a fantastic chance for the rest of the squad to show America what they are capable of too. Though this is a large and diverse team, there are several names that we think you should be on the lookout for.

Micah Parsons is an impressive linebacker and was the Cowboys' first pick in the 2021 NFL Draft. Being any team’s first pick means that you are always going to have eyes on you, but Parsons has proved that he should be a good acquisition for the team.

Another to be on the lookout for is Kelvin Joseph. The cornerback has generated quite a bit of buzz around him so far. Though he is just a rookie, he has made it clear that he wants to be able to take on the challenge of the first team.

Eyes will also inevitably fall on the quarterback. With Dak Prescott having battled issues with his shoulder, the role might fall to Garrett Gilbert. He played for the first team several times across the past year and managed to play against Pittsburgh successfully. Though he still has a lot to prove, especially when inevitably compared to a player like Prescott, he should be more than up for the challenge.

How Could the Cowboys Fare?

We still have a lot of the preseason left to go, plus training camp, so it would not be fair to judge how the Cowboys might fare in the season overall based on this one contest – whether they win or lose.

With new players like Parsons stepping out onto the field for the first time, it is likely to be a very exciting match. The Cowboys are currently able to field a strong defensive line, and this could prove to be crucial in holding off the Steelers. Hopefully, we shall also see the offensive line surge forward to be able to deliver a fantastic result.

This is one of the best events in the NFL preseason, and you need to make sure that you aren’t going to miss it. Though we want to see the Cowboys pull ahead, they should be able to have a good game against the Steelers. The prospect of new players making their debut is always exciting and they will be keen to prove to their teammates and fans that they were a good choice. Make sure you tune in and don’t miss the game – it should be worth it!

Star Staffhttps://InsideTheStar.com/
This is the General Staff account for Inside The Star, a blog for Dallas Cowboys news, scores, schedule, rumors, and analysis. We are the official home for @CowboysNation on Twitter. Follow us today for new content updates straight from our timeline. To learn more about our staff, please visit our Staff listing.
Previous article
Cowboys to be Without 16 Players at Hall of Fame Game, As Many As 9 Starters
Next article
Joe Looney Signs w/ NY Giants, Retires 4 Days Later

DeMarcus Ware spent nine seasons with the Dallas Cowboys and racked up 117 sacks, the most in franchise history. He would go on to...
Cowboys News