Analytics: Too Late for Cowboys to Buy In?

The Dallas Cowboys are in a tough situation right now. At 6-6, it's desperation mode despite owning the first place in the NFC East. Most fans are ready to move on from Head Coach Jason Garrett after such a disappointing loss on Thanksgiving Day to the Buffalo Bills. But disappointments didn't begin just then, they've been present all season. The Cowboys have yet to beat a winning team in the season and when they've been close, their mistakes have cost them the wins. Through 13 weeks, they haven't been the Cowboys fans and analysts talked about back in September.

There's many issues surrounding this football team but none is bigger than coaching. Jason Garrett's Cowboys have under-performed in a expectation-filled year. Poor decisions have been made time and time again. Taking the ball out of Dak Prescott's hands versus the Minnesota Vikings.

Or one of the most recent ones: going for it on fourth-and-seven against the New England Patriots and instead kicking the irrelevant three points with six minutes left in the game only to completely dismiss analytics after the game.

By now, you've heard about analytics. You might not know the ins and outs of them, but you get the idea behind the term. It's one of the biggest, most important trends in all of football. Simply put, it's the use of mathematical information and data to help football teams make better decisions to win.

One of the main ideas in football analytics revolves around fourth down aggressiveness but it's about way more than just going for it on fourth down without thinking twice about it. Analytics helps teams like the Baltimore Ravens right from the moment they gameplan. Think about it, if you know you're in four-down territory, the way you approach third down changes.

But the Dallas Cowboys don't use analytics to make in-game decisions. After losing to the New England Patriots, Jason Garrett's comment felt almost like a confession: “We don't use those stats within the game.” There's many teams that don't, but that doesn't mean that's right. What's the logic behind not using win probabilities to improve your decision making during games? How can an NFL coach get away with ignoring such numbers that they would help him?

But hey, what's done is done. The Cowboys are on to week 14. We know they haven't used analytics in-game up to this point. Which brings us to the question, is it too late in the season for the Cowboys to start using them?

To answer this question I consulted with a great Cowboys Twitter member that you might know as @CowboysStats. Run by Daniel Houston, @CowboysStats is an absolute must-follow if you want to learn about analytics. It's also an insanely fun account filled with Cowboys humor. But don't be fooled by the accounts' jokes, Daniel Houston knows what he's talking about.

Houston mentions the Cowboys have a “very talented” analytics team. But that of course doesn't mean they use it for decision making during games. Where Dallas would need to invest, he points out, is in models for play-by-play analysis and win-probability decisions.

“I think they could implement a great deal of change very quickly in this area, but it would require top-down organizational buy-in.”

When talking about implementing analytics on the football field, it's just unfair not to talk about the Baltimore Ravens. Led by John Harbaugh, the Ravens have been the most aggressive team in football when it comes to fourth down play-calling. But that's not just because Harbaugh asks someone upstairs for the win-probabilities every time he faces fourth down. 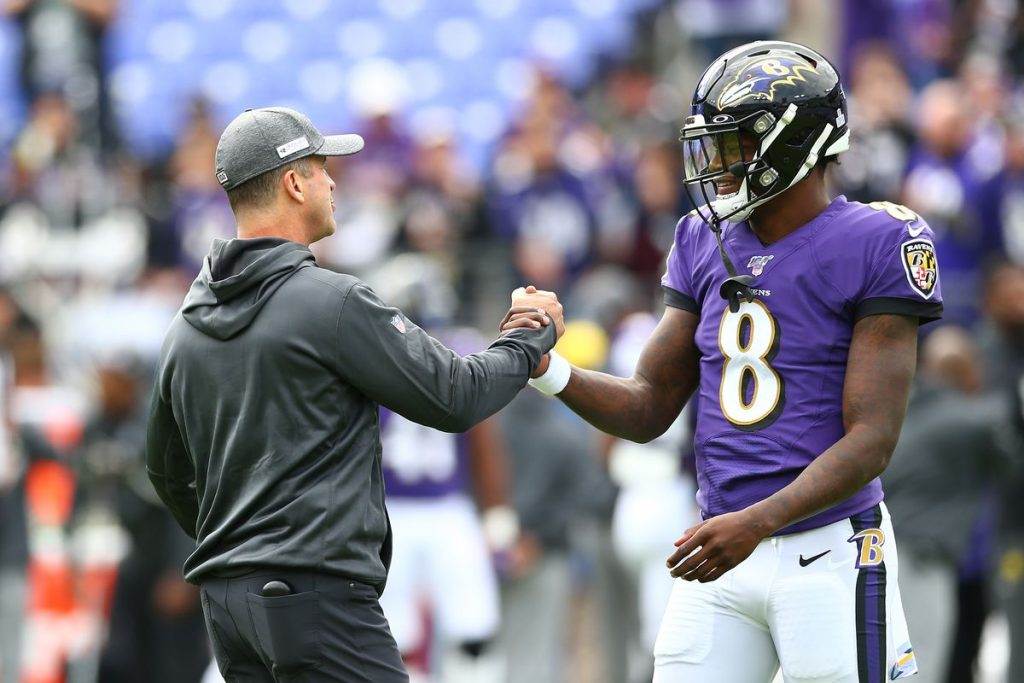 In a recent article on The Athletic, Sheil Kapadia wrote about Daniel Stern. Stern has a major on behavioral economics and is the guy who's on Harbaugh's ears during games communicating win probabilities to him. But he does more than that.

As Houston puts it, “… the data analysts have a real seat at the table in pregame preparation and in-game.” The Ravens' coaches and the analytics team actually meet during the week to decide how they'll handle each situation that could come up on the upcoming game.

If the Cowboys already have an analytics team, it'd be hard to understand why they wouldn't at least try to implement a change, specially after Jerry Jones decided to keep Jason for the rest of 2019 before an imminent search for a new head coach in the offseason. Shouldn't they try something to right this ship?

Starting to use analytics in-game would go a long way. The question is whether or not they're willing to be all-in as an organization. Would they get an analytics expert on the table for game-planning? Would Garrett be in constant communication with the analytics team during the games, being communicated all the probabilities and data that can help him make decisions? Would Garrett actually listen?

“Once the team has made this commitment and updated its processes, the implementation would be relatively simple.”

The Cowboys play on Thursday Night against the Chicago Bears and have a long week after that. I wonder if they'll remain doing things the same way as they have all season or if they'll actually act in response to the media outrage of them dismissing such a helpful tool to make the team better.

The Cowboys have time. It's not too late to make a change. It's not a “can they?” question, it's a “want they?” one. We'll have to find out soon.

Though the Dallas Cowboys are currently riding high in one of their better seasons of the last 10 years, there's still plenty to prove...
Read more
Cowboys News

After a brief and bad run as offensive coordinator, Jason Garrett has been fired by the New York Giants. The former head coach of...
Read more